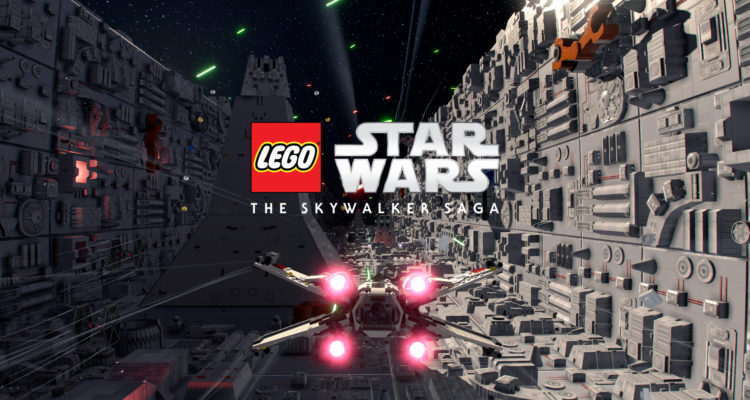 2020 has been a long year, let’s face it, but one thing that’s creeping ever closer is the release of probably the most highly anticipated LEGO game since The Original Trilogy was released. I’m talking, of course, about LEGO Star Wars: The Skywalker Saga, the game that promises to delivery all nine movies in stunning LEGO form.

Warner Bros and TT Games have been pretty quiet with announcements for the game over the past year, with dribs and drabs filtering out every now and again, but today they’ve finally revealed a gameplay trailer, and it is awesome. Check it out below:

If this is any indication, this game has all the charm, wit, and dedication to source material that TT Games are now famous for. The most exciting aspect of the game is an entirely redeveloped version of the prequel trilogy and the original trilogy, both of which helped TT Games establish their LEGO games brand nearly 15 years ago.

The trailer gives a glimpse of the adventures that will immerse players into the expansive saga with the freedom to control hundreds of characters and vehicles that will allow them to discover their own unique journey through a galaxy far, far away. Players have the freedom to start at any of the nine episodes, whether jumping straight in at Star Wars: The Rise of Skywalker, beginning their journey at the prequels with Star Wars: The Phantom Menace or experiencing the saga in any order they prefer. Playable characters include favorite heroes like Luke Skywalker, Rey, Obi-Wan Kenobi, Finn, BB-8 and others, as well as characters from the dark side such as Darth Vader, The Emperor, Kylo Ren, Darth Maul, and more. Unforgettable moments from the films have been re-imagined in new, fun-filled, light-hearted humour. Everything from Podracing on Tatooine and space combat above the Death Star, to battling on Starkiller Base and beyond.

LEGO Star Wars: The Skywalker Saga is due for release in Spring 2021.