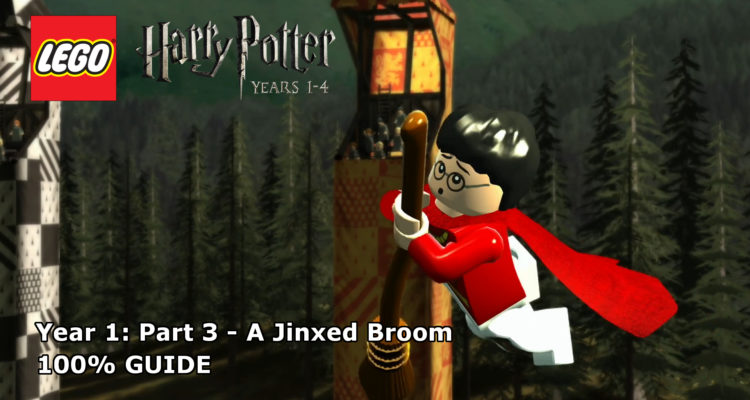 House Crest 2 (00:57):
Once you’ve knocked down the coloured stacking bricks, build them stepping up to the left, not the right, and grab the crest floating in mid-air.

House Crest 3 (01:45):
On the level above the pet pipe puzzle, there is a large silver bricked lock blocking off an area at the back. Blast it open and there is a chest held up in the air by two pixies. Shoot it down for the crest.

House Crest 4 (02:12):
Just before you exit the first area, as you come up the second set of coloured stacking bricks and over the trap door, keep heading left and around the barrier until you find a dark magic bin. Use a dark wizard to retrieve the crest.

Student In Peril(01:27):
On the level above the pet pipe puzzle, there is a large silver bricked lock blocking off an area at the back. Blast it open and the student will be saved.

Character Token #2 – Harry (Girl Disguise) (02:00):
Once you’re at the far right of the first part of the level, near the second set of coloured stacking bricks, the token is under the steps. Use a pet to retrieve it.

Character Token #3 – Marcus Flint (02:31):
In the final part of the level, once you’ve built the stairs, head up and on the left you’ll find a cabinet that can be blown open with dark magic. The token is inside.