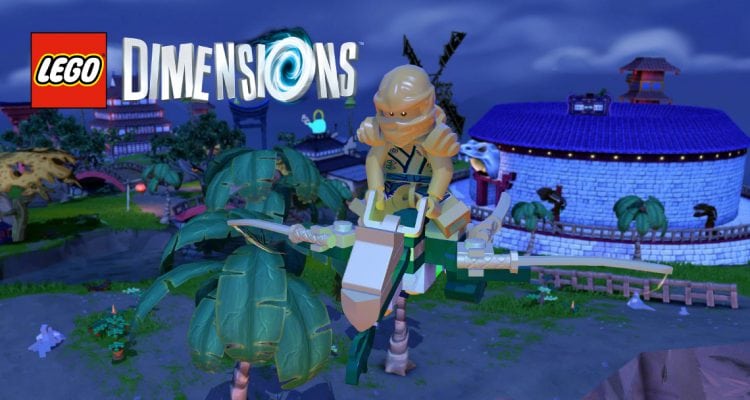 Back in January, I wrote a review for a LEGO Ninjago fun pack, wave three’s Sensei Wu and at the time, I confessed to not being very knowledgeable of the franchise as a whole. Luckily, I had my seven-year-old daughter on call to assist me. Now as wave five releases, I may need to call in the cavalry once more for the final review of the announced expansion packs, Ninjago’s Lloyd.

If you take a look back over the entirety of the LEGO Dimensions expansion releases, it is clear that some franchises have been favoured over others. Poor Jurassic World and Portal have been left behind in wave one while DC Comics and Ghostbusters soak up the limelight. One of the franchises which surprisingly has had a large number of expansion releases is Ninjago, the fusion of ancient martial arts and modern day not only been a massive success in the normal LEGO sets, but also featured prominently in LEGO Dimensions.

The latest in a long line of ninjas to join the extended ranks is Lloyd, one of the key characters from the mythos. In the impressively detailed story, Lloyd is an influential member of the cast, the leader of the Elemental Masters and the Ultimate Spinjitzu Master. He is also the nephew os Sensei Wu, who I’ve already reviewed for the third wave of expansion packs. As an added bonus for fans, Lloyd also had a cameo appearance in The LEGO Movie as one of the master builders.

With that caliber, Lloyd should be the must-have character for the LEGO Dimensions Ninjago franchise, but does he meet the high expectations put on him?

Before we delve into what Lloyd has in store when we put him in-game, let’s get started with what comes inside the box, the physical LEGO bricks to build. In my experience with Ninjago expansion packs, the accessory or vehicle is always something very unique and exciting and Lloyd’s fun pack doesn’t disappoint. The pack includes a Lloyd minifigure, in Golden Ninja form along with colour-coordinated Golden Dragon.

Despite not being a fan of the theme, I was genuinely wowed when I first built the minifigure, it is truly superb. The character has more recently taken on the guise of the green ninja, so fans may wonder why the character is sporting his older Golden ensemble. Answering that is easy, to impress, to make this character stand out above his fellow ninjas and it works so brilliantly. The large majority of the figure is set in gold colouring, with the legs and torso pieces entirely covered in a print design which perfectly replicates the characters robe-style outfit. One of the added bonuses of using a unique LEGO-specific brand is that incorporating the characters in a game while staying true to the source material is incredibly easy.

The shoulder pads piece is where this minifigure really starts to get interesting as the neck connected piece also contains a holder on the back of the character to slide two katana swords in. These swords are not built into the mould in any way, they can be removed at will and placed in the figures golden hands should he require a weapon at any time.

The head of the minifigures has a fairly generic smirk of a face printed on, though the entire head is as gold as the rest of the minifigure so it is not like this is a well-used piece in other sets. Much like the other ninjas in the collection, Lloyd’s helmet is brilliantly crafted to fit over the head and reveal the characters eyes through a small eye slit. The head accessory contains some details, designed to show that this is a ninja, and so, in reality, it is made up cloth. For practicality reasons, though, the physical LEGO version is plastic. 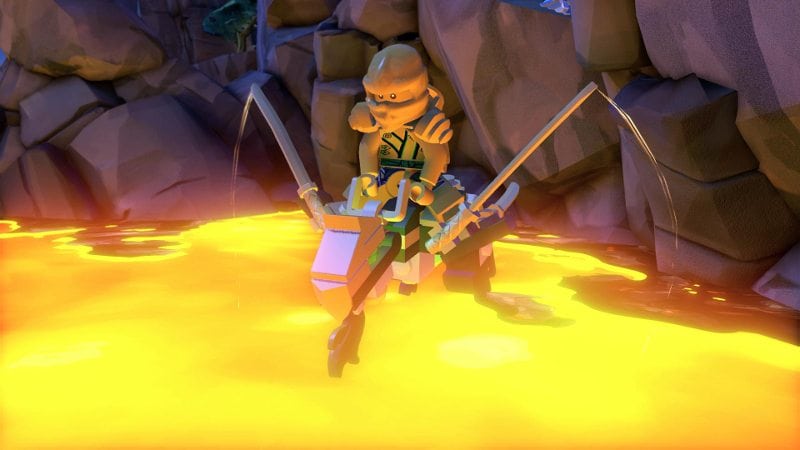 In-game Lloyd has a few very useful abilities, including the theme specific Spinjitzu, a talent he shares with the other ninjas, it essentially allows the character to spin very fast and can be used to open boxes on certain puzzles throughout the LEGO multiverse. In addition, Lloyd also has the power of illumination, a skill he shares with another wave five release, Slimer. One of the more useful abilities is the laser deflector, it does exactly what it says and comes in quite handy during certain parts of the game, especially on the Portal level. Completing the ninja masters abilities are Acrobat and Stealth, both are fairly common across the wide range of characters but work well when solving those elusive puzzles.

Lloyd’s Golden Dragon is exactly what I expected, given my previous experience with Ninjago. Intelligently designed, beautifully created an incredibly unique compared to anything else that has cropped up over the past five waves of releases. The wings are created using the same katana swords which Lloyd himself wields, it’ll become clear why this particular design decision was made once we look at the two unlockable configurations in-game.

In contrast to the stunning golden pieces used across the dragon’s body, dark green and white pieces work brilliantly to give an extra layer of detail, including a green fire piece sticking out of the creature’s mouth. In-game, the default build only has the ability to fly and so doesn’t offer much that you can’t get from a number of other fun packs. Luckily, as with all vehicles and accessories in LEGO Dimensions, there are two additional blueprints in-game to unlock, the Sword Projector Dragon (see I told you those swords would come in handy), and the Mega Flight Dragon. Both of these configurations offer a lot more in terms of useful abilities, with the former providing Lloyd with a flying projectile weapon in the form of multiple swords, and the latter having the ability to breathe fire. 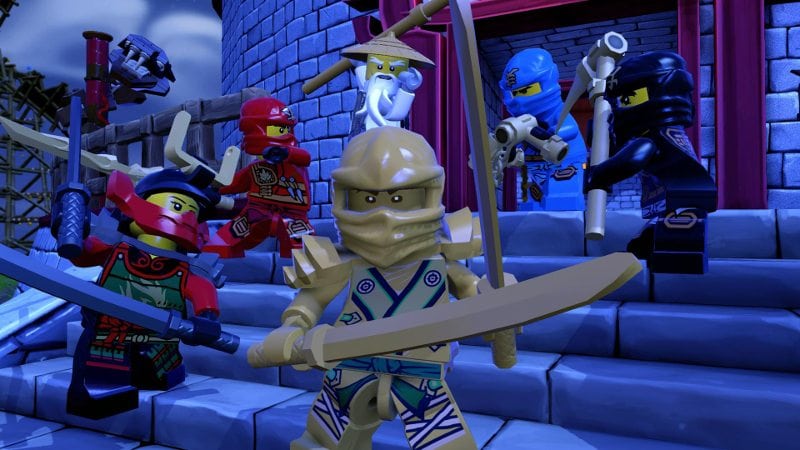 Sadly, LEGO Ninjago doesn’t get a level pack, but that doesn’t mean that there isn’t plenty of theme-specific content to explore. As with all characters in LEGO Dimensions, adding them to your toy plate will grant you access to their franchises hub open-world where you’ll find plenty to keep you occupied for a long time to come. Ninjago’s hub is a fantastic Japanese inspired village with open wooded terrain and a river running through, it’s well worth a bit of exploration.

Overall, the Ninjago Lloyd fun pack is definitely going to get the attention of fans of the theme, he is the leader of the ninjas and so a prominent part of the franchise as a whole. Even those not familiar with Ninjago should take note given this extremely stunning minifigure and the included dragon, this is definitely a figure to consider for your collection.

The only problem is, Lloyd is a much better minifigure than he is character in-game. His abilities are not very unique and if you already own at least one of the other Ninjago characters then you’re unlikely to benefit from adding the master to your collection.

This pack is a simple case of style over substance, but there really is no shortage of style.

The Ninjago Master is here

Even as a newbie to Ninjago, the minifigure wowed me. Lloyd looks glorious in here full golden outfit, as does his accompanying Dragon. It’s just unfortunate that in-game very little is added by this fun pack in terms of unique or rare abilities. Don’t let that put you off, though, because the aesthetics are worth the price alone.