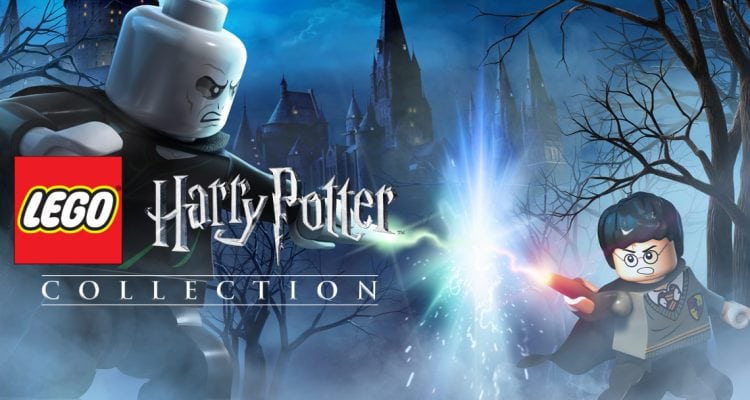 In just a few short weeks, the wizarding world of Harry Potter will return to the cinema once more for Fantastic Beasts: The Crimes of Grindelwald. It’s an exciting time to be a Potter fan and as the movie draws ever closer there are some video game treats to enjoy along the way. Having released two years ago for the PlayStations 4, the LEGO Harry Potter Collection finally comes to the Xbox One and Nintendo Switch.

Back in 2010, during the peak of Harry Potter hype, those wonderful people over at TT Games decided to pay homage the hugely successful movie franchise with the release of LEGO Harry Potter Years 1-4, which as the title suggests, brought the first half of the movie universe to life in bricked form for the first time. The game was a huge success, showcasing some of the best of what the developer could do with movie recreations, adding their own unique humour and wit. The hugely positive fan reaction to the game paved the way for part two of the LEGO Harry Potter series, Years 5-7, a year later to coincide with the movie franchise’s conclusion.

Now, nearly a decade on, and with Potter-Hype set to begin once more, the two games have been remastered and packaged together for a new generation to admire.

The first question that tends to pop into most gamers minds when a remaster collection is released is, ‘is it worth it? Does this game really offer a better experience?’, both very difficult questions to answer when it comes to LEGO games if I’m honest. The animation quality and general gameplay tend to be so refined with these games that it’s difficult to see where the developers might improve upon the originals. So what exactly has been done as part of the remastered collection? Evidently, very little and yet I still find myself committing endless hours of time to these games. 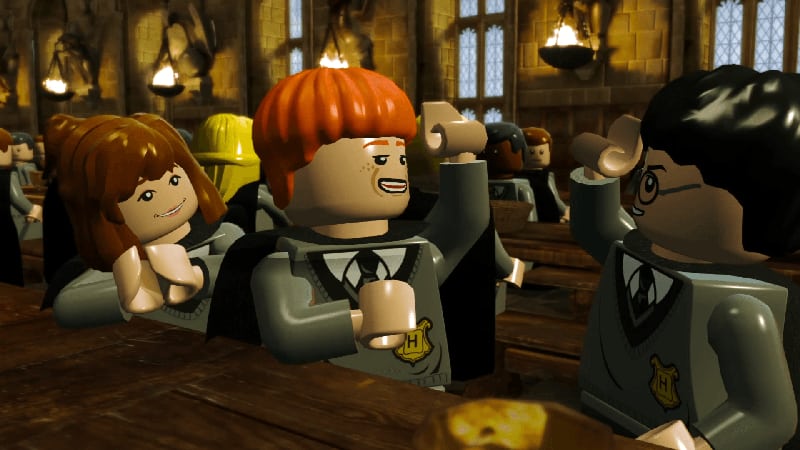 Yes, the games have had the inevitable visual upgrades, everything is a little sharper, the colours are brighter and each and every setting across the seven movies is stunningly brought back to life in a much higher definition, but other than that there is really very little that differs from the experience that gamers would have had on the PS3/Xbox 360 back in 2010/2011. But is that such a bad thing?

The LEGO Harry Potter games were a triumph upon their release, even today they’re up there with the best of what TT Games has created over the last decade and a good deal of that comes down to the visuals. The wondrous world that J.K. Rowling created in the books and movies has so much variety to draw from that no two environments look alike across the many levels available in these games. While the originals did an awesome job of bricking these up, the new spit polish only enhances the whole experience as you find yourself happily aimlessly wandering around the Hogwarts grounds and admiring the view, in that alone, these are the definitive versions of the two games.

One of the big draws with these games was the open-world hub areas outside of the main story levels. They were, at the time, immense, spanning every inch of the Harry Potter universe. The newly improved visuals drastically enhance the exploration element to the game, you’ll want to explore every inch of the environment, it’s just too fun not to.

The only real disappointment from a visual side of things is the cut-scenes, which unfortunately haven’t had the same facelift as the rest of the game and as a result look severely dated. Oddly, usually in LEGO games, it is the narrative driving cut-scenes we get between levels which provide us the best quality in visuals, the recent LEGO Star Wars: The Force Awakens is a prime example of this. While the new remasters of LEGO Harry Potter don’t quite cut the mustard when it comes to cut-scene standards, they’re still highly amusing and enjoyable to watch, the special kind of slapstick that LEGO games are now famous for.

What younger gamers may find odd with this remaster is the fact that these games pre-date the inclusion of voice-acting, something that wasn’t introduced into LEGO games until 2012’s Lord Of The Rings recreation. Since then, every LEGO game has included sound-bites and voice doubles bringing these minifigures to life, but not so with Harry Potter. TT Games certainly missed a trick there, as the inclusion of the movie voice talent would have enhanced the experience considerably, just imagine Alan Rickman’s glorious tone in LEGO form… 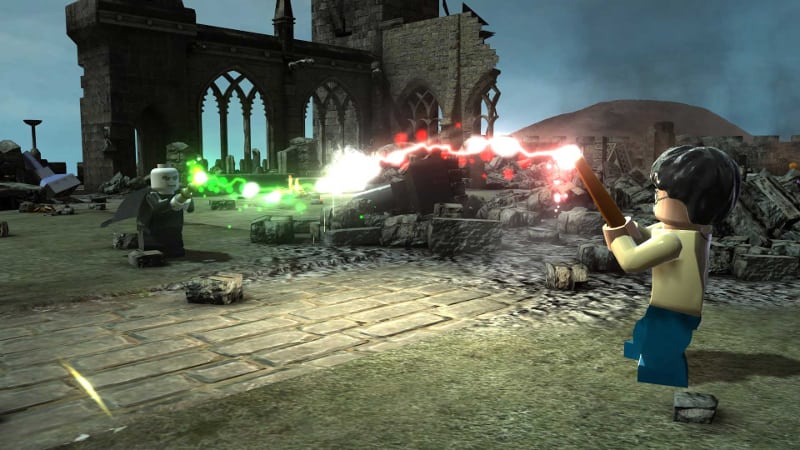 This exclusion isn’t a deal-breaker, though, as part of what made these earlier LEGO games so amusing was how they managed to project so much emotion and laughter into these mute characters. That charm is still very much alive in this version of the games.

Gameplay-wise, LEGO Harry Potter is probably up there as one of the best in terms of branching out from the standard LEGO game template. There are of course the staples of the genre, the gold and red bricks to collect, the mass quantities of studs, a student in peril to save per level, but much like the lightsaber and force interactions set the LEGO Star Wars games apart, the magic elements do so in LEGO Harry Potter. The remasters have lost nothing in the remaster in terms of the mechanics of the game, it’s the exact same experience which not only ensures that you’ll enjoy every minute of the game but also makes you appreciate just how ahead of the other franchises LEGO Harry Potter really was at its debut.

In addition to the two main games, the collection also offers gamers all of the DLC which was released, and while there is very little in terms of additional gameplay in these packs, you do get your hands on a number of new characters which you may have missed the first time around. I’m sure there are plenty of Harry Potter uber-fans out there that would love the chance to run around Hogwarts as Godric Gryffindor or Salazer Slytherin. There are also a few additional spells to play around with in-game, all of which add a little extra to the whole experience.

Overall, the LEGO Harry Potter Collection will mean different things to different people. If it’s been a while since you’ve played the original games or you somehow completely missed out on them then this is a must-purchase, it really is the perfect package for Harry Potter fans. This is also a fantastic opportunity to introduce younger fans to the series, let’s face it, there are school age kids that weren’t even born when the originals came out with the newly rekindled love for the franchise thanks to the new movie, there really isn’t a better time to bring the youngsters into the fold.

The visual improvements are noticeable, but not mind-blowing in comparison to say, Batman: Return To Arkham, but with LEGO games, is that really as important as maintaining the superbly refined gameplay? It’s been a few years now since I sunk my teeth into the LEGO wizarding world, and I’m genuinely thankful for this new collection allowing me to experience it all over again, and now we remote play on the vita as well.

I’m a fan of Harry Potter, I loved the original games, and despite there being very little defining improvements in the remasters I still felt that this was an enjoyable new experience, familiar but refined, tweaked to close perfection.

Despite the only real improvement being in the visuals, the LEGO Harry Potter Collection is a fun return to the wizarding world and one that should appeal to many. Whether you’re a returning fan, a newbie or looking to introduce the younger generation, there is value in this bundle. The enhancements do exactly what they need to do to make the game look like it belongs on the newer consoles, the gameplay was already there in the original.