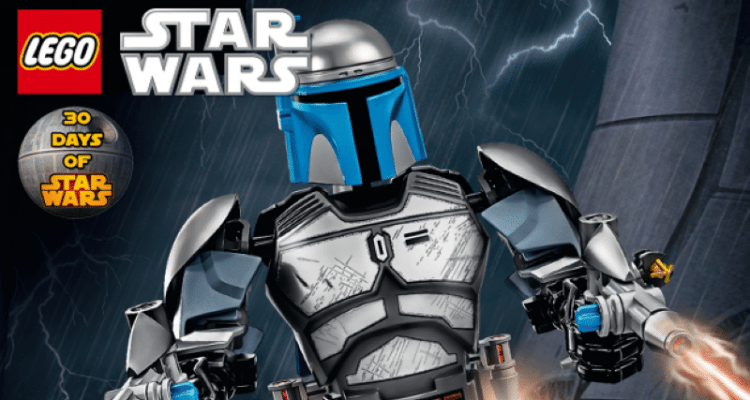 Having reviewed both the Clone Commander Cody and General Grievous LEGO Star Wars buildable figures recently, I can officially say I’m hooked. Looking at those two sets gave me a view from both ends of the price scale of the 6-set collection and as the reviews will show, I’ve been very impressed with Disney and LEGOs newest offering in the LEGO Star Wars universe.

When word first got out that LEGO was releasing these buildable figures, I felt a little disappointed when I saw no mention of one of my favourite characters from the Star Wars franchise, the infamous bounty hunter who, with the help of the galactic empire, delivered Han Solo to Jabba the Hutt, you know the guy, Boba Fett.

Despite having a relatively small role in the original Star Wars trilogy, Fett has always been a fan favourite, it genuinely surprised me that he wasn’t included. The good news is, we did get the next best thing, Fett senior, an equally impressive bounty hunter and the original clone template, Jango Fett.

Sharing a price tag (and some DNA) with the Commander Cody set, this is one of the cheapest LEGO Star Wars sets recently released, let alone the cheapest buildable figure. It’s made up of 85 pieces. so don’t expect a massively long build, but this is standard for these buildable figures and given my recent exposure to these sets, I was expecting a very similar experience. 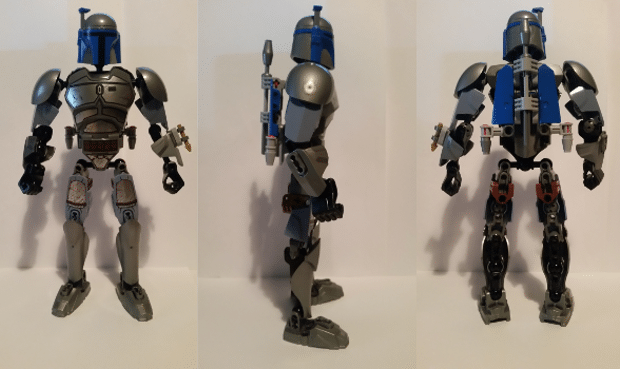 In terms of the actual build, there are many similarities to the Cody set, the skeletal frame is built in the exact same way, using a large pivotal cross piece as the main torso area with ball joint connections for all of the limbs.

Where the initial body build does differ somewhat, however, is in the legs where a grip extender joint and brown Technics piece have been used on each leg to extend and accentuate the limb slightly. The minor design change from the Cody set actually does quite a lot to make the side and back view look better, give a bit more depth to the model somehow.

The highlight of the build, though, comes in the form of our bounty hunter’s jetpack. Built entirely of Technics pieces, the jetpack is a beautiful design, it looks simplistic but is actually quite an interesting little build in itself. It’s a great add-on, much like Cody’s radio antenna backpack, it adds a great deal of aesthetic value to the otherwise bare back of the finished set.

One great addition which sets this set apart from the Cody set is the action play feature on the jetpack. It actually has a launchable missile built into the design which, with a push of a long cross Technics piece will launch a cool looking missile into the air. One of my big criticisms of the Commander Cody set was the lack of additional playability features, Fett is winning this round.

Moving on to the actual armour pieces, let’s start with the glorious headpiece. Like most of the new star wars buildable figures, the head is one custom made LEGO piece made up of multiple moulds of plastic to form the sand-blue, light blue and black helmet familiar to fans of the Star Wars universe.

The helmet is fantastic, a brilliantly true representation of the characters look, the perfect transition to the LEGO universe. The head connects to the top of the torso piece via one ball joint connection on the bottom.

The main armour pieces match those used in the Commander Cody set piece for piece, the difference being the colour- sand-blue and silver instead of white and orange – and a much more extensive printed armour design.

The shin pieces are the same of those used in most of the new LEGO Star Wars buildable figure sets, a simple design and no printing, great for those wishing to reuse the pieces elsewhere, but as we move up the leg, the upper pieces have extensive armour specific printing on them. The printing looks great, though identical on both sides which seems a little lazy. What is impressive is how the printing includes the leather straps we see on the character’s legs in the movie, part of his hip-based blaster holsters.

This level of detail continues on to the main torso armour, which is actually made up of two individual pieces. From the bottom up, the leather strap design on the legs meets at the same point we’d expect it to on the movie version of the character. The multi-pouched belt is also a prominent part of the main design, really sticking out despite being a two-dimensional print. The upper torso impressively recreates the individual plates which make up Fett’s armour – I’ll be honest, it wasn’t until I loaded up an image of the movie version to put them side by side that I realised just how well designed the armour printing really is.

Much like Command Cody’s armour, a certain amount of scratching has been added to the print design, this is, of course, to simulate battle damage, as you’d expect from a seasoned bounty hunter. It’s simplistic, but the addition really does add that slightly more authentic look to the character. 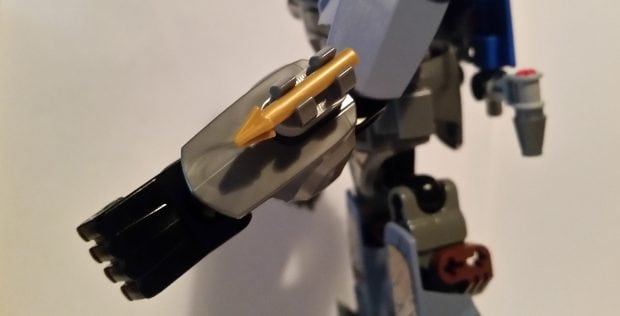 Moving up to the shoulders and arms, in terms of the armour and build it matches the Cody set like for like but one addition has been included which, for some reason I love, the bounty hunter’s grappling hook located on his left arm. It’s such a simple four-piece add-on which really adds aesthetic value, my opinion as a fan, it makes the whole set look a little more awesome, fact.

Jango wouldn’t be complete without his trusty blaster guns, they’re his signature weapon, so the great news is the set includes both. Despite working well to complete the overall look of the bounty hunter, I have to say the design of the blasters really disappointed me, I expected more. I loved the rifle design used for Cody’s set and so I expected the same level of detail here, my personal opinion is they failed somewhat is this particular weapon design.

I’d be lying if I said they didn’t look good on the model but the Technics pieces only blasters do very little to impress a fan of the character, they look very little like the weapons of the movie universe. The use of both red and blue connector pieces also really doesn’t improve the look massively, in the end, we’re left with something that just looks a little below par when compared to the rest of the model. 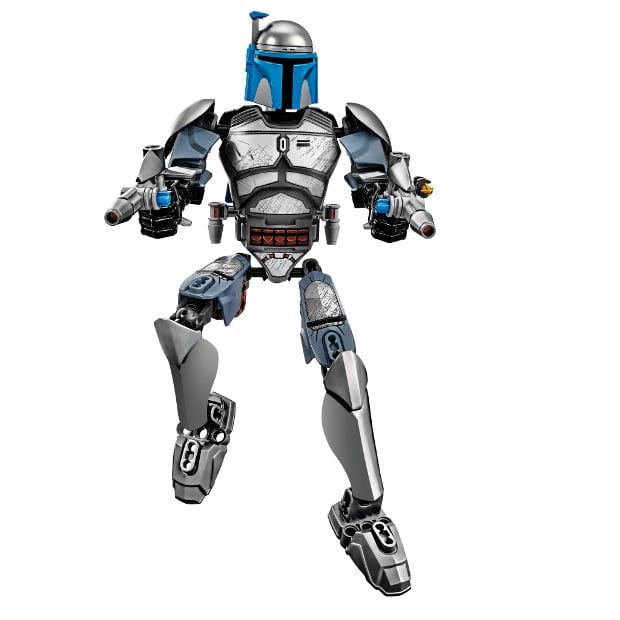 Overall, the set has very little going against it, the character model is a brilliant representation of the Star Wars movie version, the armour looks brilliant, it’s another fine example of how well designed these new LEGO Star Wars buildable figures really are.

Looking at this from a collectors point of view and a lifelong fan of Boba Fett, this is a brilliant addition to the collection and until Boba is officially announced will serve in his rightful place. It’s a great piece for Star Wars fans looking for something special and extremely affordable to add to their collection – let’s remember this set is less than £15, well within the budget of most people realistically.

As a toy to play with, younger fans are going to love it, especially those more familiar with the character from the extended Star Wars universe on TV. Again price is a major factor for buying this set, you’ll pay a similar price for the top-selling action figure and with this, you get the added bonus of the build time as well. The addition of an action feature on the jetpack does set this set slightly above Commander Cody, so if it is purely a choice of the two then this is one to go for.

Whether it’s play or display, the ability to pose the figure in countless positions is also a good selling point, though my personal preference is stood up straight, arms out in front, pointing the blasters are Cody in Mexican stand-off style, but that’s just me and my limited adult imagination.

The first choice out of the cheaper sets

At under £15, this is fantastic value for money whether the set is for a collector or a child Star Wars fan. The poseability is a major factor once more but the sheer awesome look of the completed set mixed with the jet pack design and additional action feature really push this set into first place among the cheaper sets.