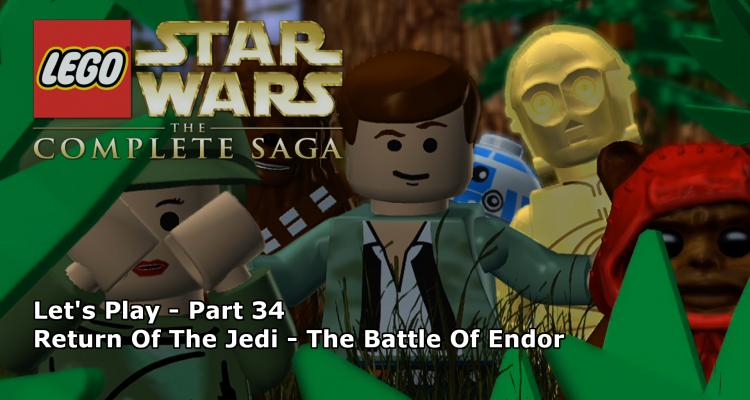 With the group back together, they stumble across a trap which only a seven-foot carpet would fall for. Their captors? The less colourful carebears…the Ewoks.

After a brilliant rendition of Episode 4 and 5 by C-3PO, the tree-loving bears agree to assist. Is the might of the Ewok’s enough to take down the technologically advanced galaxy-wide Galactic Empire and their millions of stormtroopers? On paper probably not, but this is a story about the underdog, or the under-bear, in this case…

Part 34: Episode Six: Return Of The Jedi – The Battle Of Endor