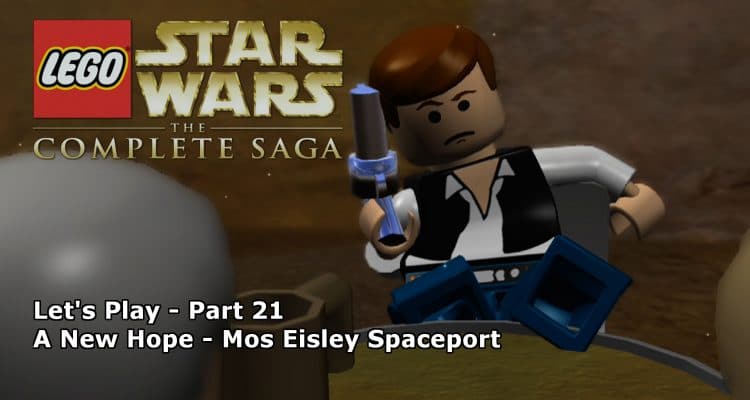 With Luke agreeing to accompany Obi-Wan (who he’s just met) off-world, the next job is to find transport and there’s only one dirt-hole guaranteed to have the kind of nerf-herder capable of getting them off-planet without exposing them to the Empire.

Han and Chewie are waiting for the original adventure to get into full swing, but first Luke and Obi-Wan must navigate the streets of Mos Eisley…