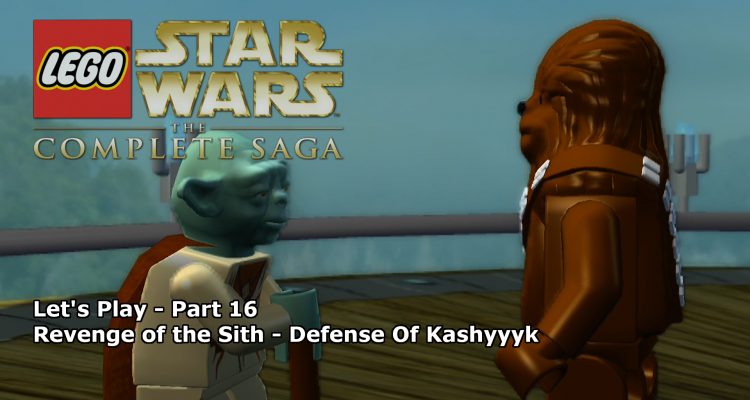 General Grievous’ defeat was seen as a great win for the Jedi, bringing down one of the biggest heavy-hitters from the separatist movement. Unfortunately, a big shift in power is about to occur as the clone armies of the Republic show their true allegiances.

As the galaxy-wide order to sent out to the clones, Master Yoda finds himself in the middle of what should be the end of a battle on the Wookie homeworld. Now Yoda and Chewbacca must fight their way through the clone armies to refuge…

Part 16: Episode Three: Revenge Of The Sith – Defense of Kashyyyk