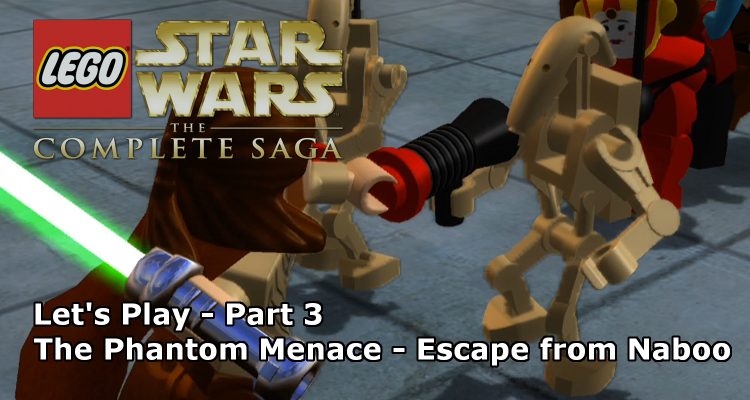 With Christmas on our doorsteps, there’s nothing better than looking back at things long past and so I bring you the start of another epic Let’s Play series. This, however, isn’t a brand new LEGO game, not even a recent one, but the true template of everything that has come since, the original (well sort of).

Part Three and with Naboo under siege by the Trade Federation, Qui-Gon and Obi-Wan must help the Queen and her guard escape the planet, in the hopes of reaching the Senate for help.

The city is in all-out war, droids control the streets and the palace is the most dangerous place to be. Queen Amidala must reach a ship before she is caught…

Part 3: Episode One: The Phantom Menace – Escape from Naboo