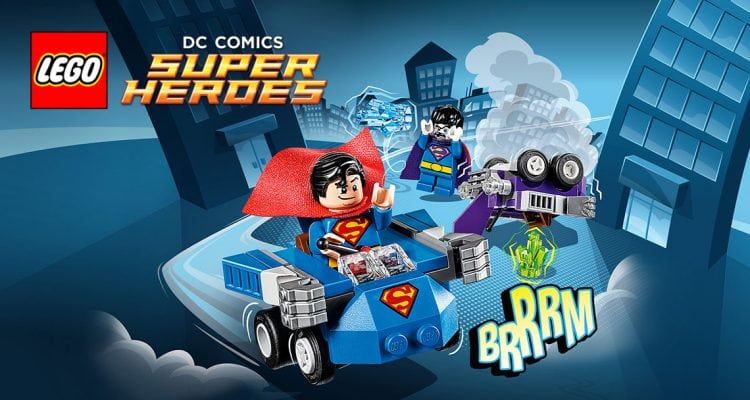 Despite the recent poor adaptations which Hollywood has thrown our way, there are many out there who still love Superman, myself included. Luckily for us fans, for every mistake that Zack Snyder and his editing team have made, LEGO has been there to happily remind us just how much fun Superman can be.

It’s why I’m thankful that the toy maker included DC Comics’ flagship character in their Mighty Micros collection. The range is designed to be fun, a little silly, and yet give fans a taste of what LEGO can do with their beloved characters. Superman needs a good jolt of silliness after so much on-screen brooding.

Delving into the comic books for inspiration, the Might Micros follow a simple template; one hero, one villain, and two vehicles – Sorry but there will be no Batman v Superman on this one, they are, of course, besties now thanks to the name Martha.

So, you’re looking for a bit of fun out of the Superman mythos, who do you pit the Man of Steel against? Luthor? Doomsday? Zod? Of course not, you need Bizarro, the literal anti-Superman with a heart of whatever the opposite to gold is. 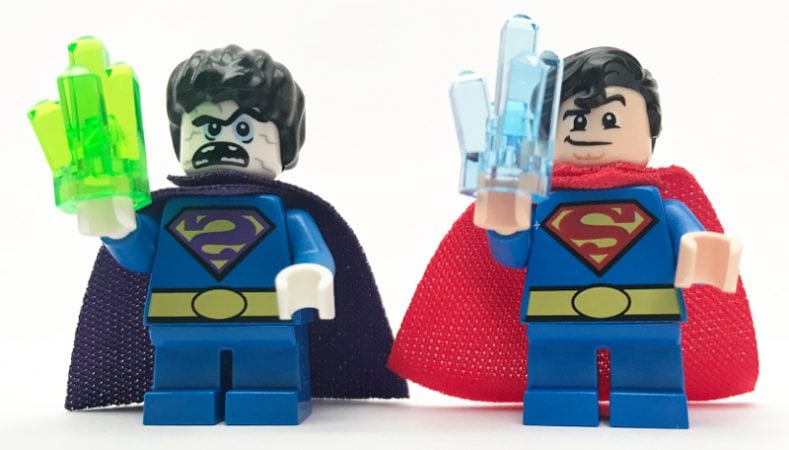 The figures included are brilliant, almost mirror images of one another with a few noticeable differences to make them so much more fun to play against each other.

Starting with the hero of this versus battle, Superman gets a classic look, but minus the legendary red underwear on view (maybe he’s finally learned how us humans wear pants). Following the Mighty Micros formula to the letter, he comes with short legs sporting no additional detail, and the torso detail is minimal, yet effective.

The legendary ‘S’ symbol on his chest is much larger proportionately compared to his mainstream counterpart and there is far less detail on the yellow belt at the waist. One very welcomed design choice is the cape, which is made from the softer material which usually only shows up in the more expensive LEGO sets.

Sporting a rather cocky facial expression that says, “I’m awesome”, the head piece is very simplistic in design, though opting to add emphasis on the chin dimple. The hair is by far the best part for me, as a fan, as it includes the character’s signature curl, a must for any accurate classic Superman depiction.

Moving over to his polar opposite, and opponent in this set, Bizarro is equally stunning to look at. The suit design matches Sup’s almost perfectly, with the main variation being the slight colour difference and backwards emblem. Again, we are treated to a soft material cape, this time in striking purple.

Bizarro’s head piece is a little more cartoon-like, with different sized eyes, a comical open-mouthed expression, and light wavy lines to show his cracked face. The hair piece looks like it was taken from one of the three stooges, yet it fits the character perfectly.

All in all, two of the best figures the range has released to date. 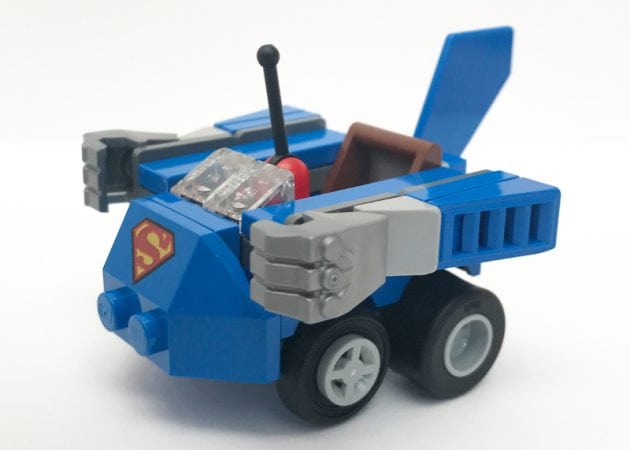 I’ve always wondered what the point of giving the Man of Steel a vehicle of some kind is, I questioned it in my review of the LEGO Dimensions fun pack and I still don’t really see the need to this day. That said, the Mighty Micros thrive on their vehicle designs and as they’re aimed at a younger audience we can throw logic out the window in exchange for some fun.

Fun is exactly what we get, the Supmobile (not it’s real name, but don’t tell Batman) looks brilliant. It’s a bulky four-wheeler with a massive fin on the back and Superman’s logo front and center. It’s a simple design, but one that suits the tone of the set perfectly, especially the addition of massive fists on either side, this thing looks like it’s built for a fight. 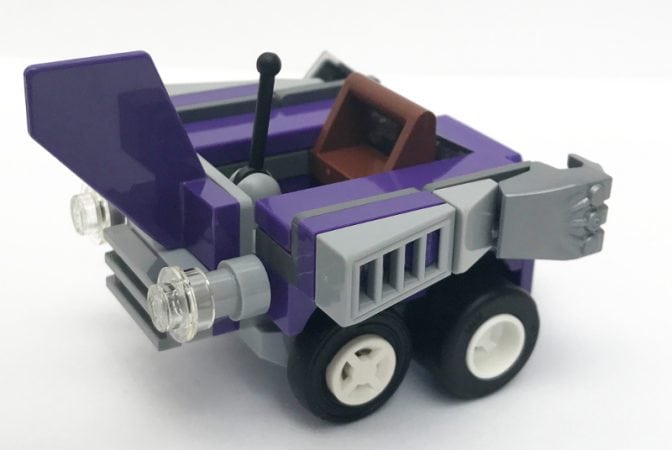 True to the nature of the character, Bizarro’s vehicle is almost identical to Superman’s, with the main exception being that the design is reversed. In this bizarre-looking copy, the massive fin is on the front and the massive fighting fists are on the back. This vehicle is also in the character’s signature purple colouring and includes headlights and a grill.

If you are so inclined, there is no reason why you couldn’t rebuild this model to match Superman’s, all the pieces are there to do just that and that is the major benefit of LEGO.

If I’m honest, it does seem like a little bit of a cheat from a design point of view, it seems lazy using almost the exact same design on both vehicles, but then it fits the characters perfectly and so there is logic backing up the choice.

Overall, the Mighty Micros Superman vs. Bizarro set is the injection of fun and silliness that the Kryptonian needed after being depicted in the big screen adventures as humourless and dark. The set comes with two fantastic figures which are of exceptional quality given the price of this set.

Bizarro is a fantastic addition to the range and he also gives the LEGO designers a chance to give fans something that the other Mighty Micro sets won’t, a truly even match with very similar vehicles. This might be viewed as a bad thing to some who want as much variety in design as possible, but given the history of the character, it’s great that LEGO have stuck with the source material and picked a car that Bizarro himself would choose.

It’s a great set for Superman fans, may not be quite as appealing to the wider LEGO Super Heroes fanbase.

After so much doom and gloom for the Kryptonian, it’s great to see LEGO drumming a bit of silliness back into the character and with the help of Bizarro that is exactly what you get here. Two fantastic figures, two great vehicle designs which mirror their owner’s characteristics, this is a great buy for any Man of Steel fan.