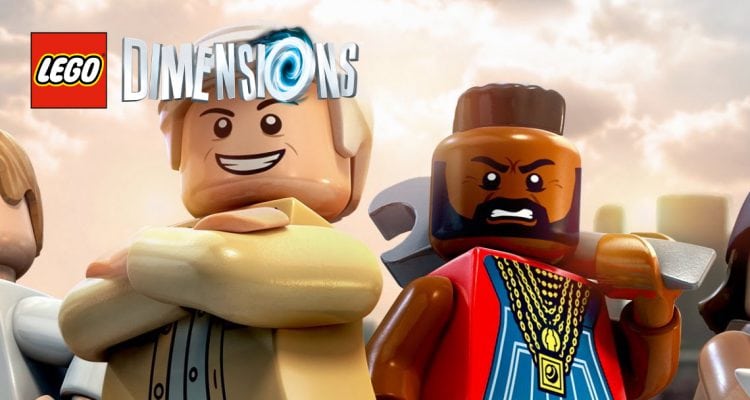 I pity the fool who doesn’t appreciate the awesomeness that was the A-Team. I’m not talking about the Liam Neeson movie, though I have to say I am a fan, I’m talking about the good old-fashioned TV show which helped turn Mr. T. into a household name. Series two of LEGO Dimensions is seeing a few 1980s franchises joining the roster, including a certain a crack commando unit. So if you have a puzzle, if no other character can help, and if you can find him….maybe you can hire B.A. Baracus.

At first, the A-Team seems like an odd choice for a new franchise on LEGO Dimensions, this is, after all, a game with a target age range of 7-14, but let’s face it LEGO knows their audience. They’ve taken the bold move with year two of ramping up the 1980s collection for the game with A-Team joined by Knight Rider and E.T. in the coming months, but why?

Just look at the retweets from the official LEGO Dimensions twitter account and it’s clear to see that a good proportion of those gamers who were the big spenders during Dimensions first year were in their 20’s and 30’s, most of which will be more than familiar with Hannibal and Co’s good deeds. So, why not cater to that audience and in the process introduce the kids to some of the best characters from a great decade of TV?  By the way, TT Games, if you want to do LEGO Thundercats next, then I’m all for that…just an idea.

So, the member of the A-Team to join LEGO Dimensions is the infamous B.A. Baracus, the mohawk-sporting, ace mechanic with a huge fear of flying. He’s the tough guy partial to a bit of gold around his neck and the man to turn to when you need some muscle. So what does he have to offer for LEGO Dimensions fans? 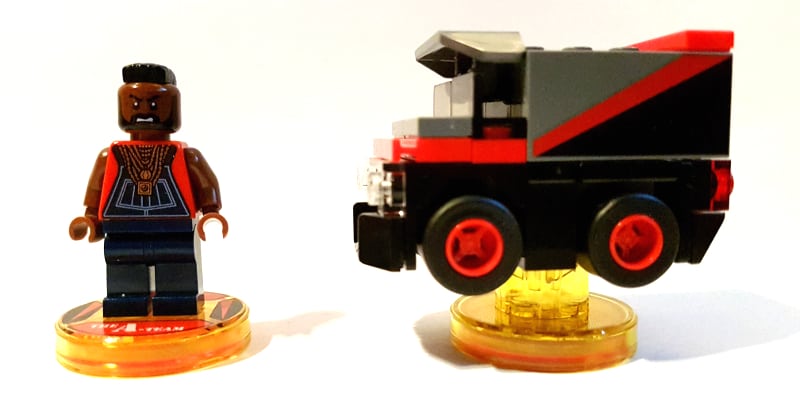 Well, let’s start with what is in the box; A Baracus minifigure and his trusty van, one of the most iconic vehicles in television history.

The figure is, in a word, superb, a fantastic recreation of Mr T. in LEGO form. The torso and legs pieces make up the characters iconic denim dungarees and red vest combo, the outfit featured in the opening credits from the show. It’s a simple design consisting of solid blue for the legs and a triangular jean blueprint drawing into the chest before coming back out and over the shoulders for the straps. There is additional detail recreating the pockets on the front of the outfit, but it’s the inclusion of Mr. T’s infamous jewelry collection which completes the design perfectly.

Surrounding the blue design is solid red with the skin colour arms, simulating the vest worn by the character. The design continues onto the back, with similar detail and further printing around the neck and shoulders to indicate that the character is definitely wearing a vest. While not being overwhelmingly unique, the head does appear to be purpose-built for B.A., featuring only one face looking exceptionally angry about something, maybe some local biker gang is terrorising his neighbours? Complete with stern looking eyebrows and the characters iconic beard, the only thing that could complete the look is the clip-on mohawk.

There’s not denying it, I’m a huge fan of this minifigure and I think any 30-something LEGO fan with fond memories of 1980’s TV will be more than pleased with LEGO Dimensions efforts here. 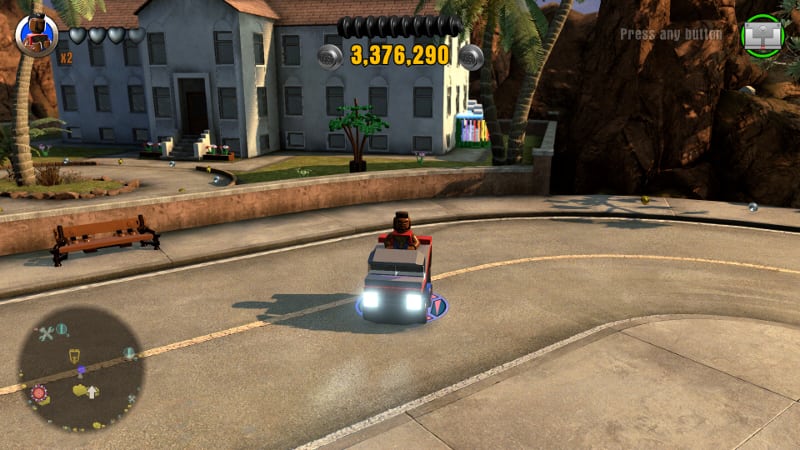 Similarly, the A-Team van, one of the most recognisable vehicles of the 20th Century, up there with KITT and Doc Brown’s Delorean in terms of fame, is an exquisite micro-build. It’s nothing special really, it’s just a block of bricks, four wheels, and a bumper, and yet the look is perfect. I swear that building this had me unconsciously humming the theme tune from the show, memories of Saturday afternoons watching the A-Team on TV, and it’s all thanks for the colour scheme used on this otherwise simple design.

The black, red and dark grey combination works brilliantly to bring the van to life in LEGO form, helped by the custom paint job on the two side panels which add the diagonal design to this striking build.

Unlike the real-world version, this micro-build isn’t just a van when you head in-game, there are two additional blueprints to unlock. While the default configuration doesn’t do too much more than drive B.A. around, the Fool Smasher design has a dual rocket launcher in the front while the Pain Plane does exactly what you’d expect it to with a name like that. That said, I’m a little confused about why a man famous for his fear of flying would own a plane? Oh well, who needs logic when you have awesome.

B.A.’s character in-game turns out to be incredibly useful, as I found while hunting for minikits in the LEGO Ghostbusters story. A rarity among characters, Baracus actually has a skill entirely unique to him, the A-Team Master Build. If you happen upon one of these points then you’re in for a treat because not only does B.A. get on and build what needs doing, there’s a mini 80s montage of him doing it set to the theme tune of the TV show. I cannot articulate the joy I experienced the first time that happened. 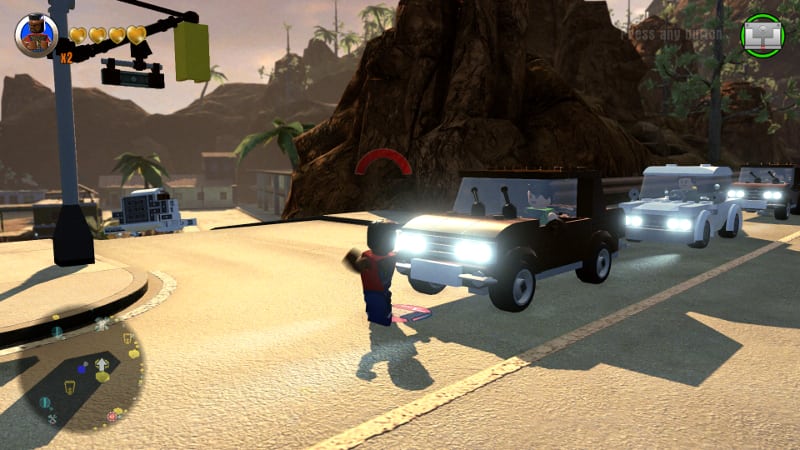 He’s not just a one-trick pony, though, his skills are actually quite extensive. He has super-strength, the ability to shoot targets, machine repair, and he can blow up silver bricks, an impressive collection of abilities that make the A-Team member a valuable asset in your collection moving into series two. Much like Venkman and Abby of Ghostbusters fame, B.A. has one last trick up his sleeve, the ability to transform into any other member of the A-Team – yes, you read that right, you can play as the entire A-Team.

Though no A-Team level has been released for LEGO Dimensions this fun pack does open the door to the brand new LEGO Dimensions A-Team open-world hub, a spawling recreation of downtown L.A. mixed with some hillbilly-style locations in the sticks just on the outskirts, basically all the different locations you’d expect to see the A-Team packed into one area. It’s filled with the usual collectibles and puzzles and will more than satisfy any A-Team fans LEGO dream.

Overall, the B.A. Baracus Fun Pack is not only a fantastic set on its own, with two brilliant LEGO models, but it is also a valuable asset for your collection. The character’s unique ability for master building all things A-Team mixed with a plethora of secondary skills means that Baracus is a strong addition to your squad going into series two.

If you’re a fan of 1980’s TV and LEGO Dimensions then you need this set in your life immediately.

A True Soldier of Fortune

The perfect set for any 1980s TV fan. B.A. and his iconic van have been reborn in LEGO beautifully and are amazingly fun to play with in-game. The character’s array of skills make him to one to buy and for the price, the open world hub access more than makes the pack worth the purchase.