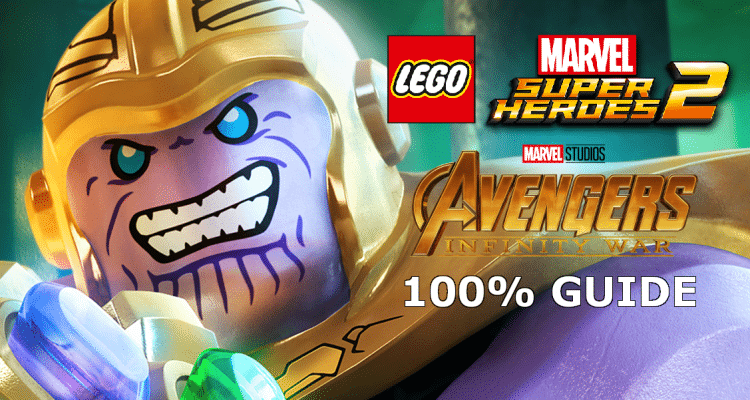 This video will guide you through the Avengers: Infinity War level, Running the Gauntlet, which features as part of a DLC for LEGO Marvel Super Heroes 2.

Minikit #1 (00:16):
As soon as the level begins, turn around and head left. You’ll come across a glass cabinet, destroy it with a character like Black Bolt. This will reveal the minikit.

Minikit #3 (00:52):
At the far right of the first area, there is a tracking point. Follow the track to reveal a large amount of debris which can be built into a gyrosphere point. Roll on this to reveal the minikit.

Stan Lee In Peril (01:47):
In the first area, just to the right of the security door, there is a wall with a double grappling hook on it. Use Spider-Man (or similar) to enter a side area. Fix the broken mechanical arm to reveal a container with a grapple hook on it. Pull the container down to release Stan from his peril.

Minikit #4 (03:06):
After you’ve released the rocket in the previously security-controlled room, flip the switch again to bring down the minikit.

Minikit #6 (04:05):
Once you’ve used the control panel at the end of the area before the stair to unleash the lasers, use it again, but this time rather than completing the circuit, create a square to reveal the minikit.

Minikit #7 (04:48):
Once upstairs, walk around the back of the now sealed staircase and trigger the switch to reopen the stairway. Go back down to retrieve the minikit.

Minikit #8 (04:57):
Next to the switch which activates the staircase, there is a gravity mine booster. Throw a mine at it to reveal the minikit.

Minikit #9 (05:20):
After you’ve opened the colour-coded door, head into the large room where the Inhumans were playing cards (where you mind-controlled one of them). There is a shattered wall that a character with super-strength can destroy to get the minikit. 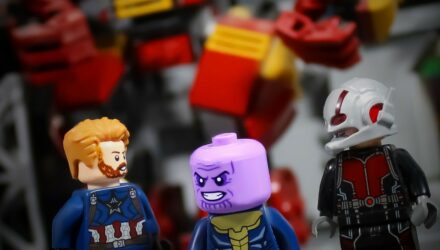