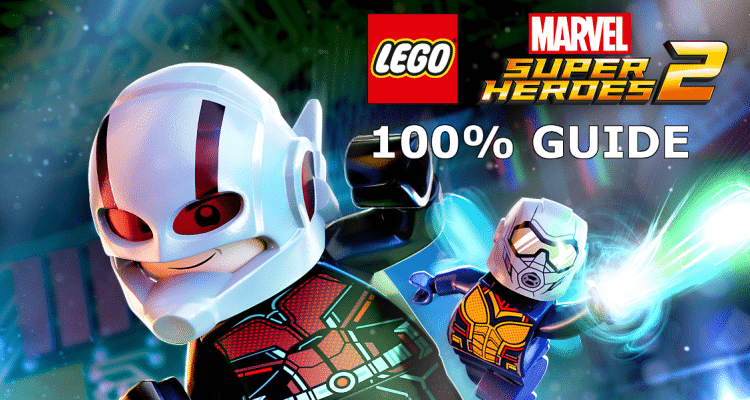 This video will guide you through the Ant-Man and the Wasp level, Egghead Eggs-capade, which features as part of a DLC for LEGO Marvel Super Heroes 2.

There are ten minikits to be found in the level, as well as Stan Lee in Peril. This video will guide you through finding all of the collectibles.

Minikit #1 (00:22):
As soon as the level begins, throw a gravity mine up to the gravity booster above the main control panel. Debris will fall from the ceiling which can be built into a minikit

Minikit #2 (00:54):
Down the left-hand side, near the large egg, there is a table. Destroy the table and this will provide you with a grappling hook to attach to the nearby cabinet. Use a character such as Spider-Man to open the cabinet and free the minikit.

Minikit #3 (01:21):
There are three glass boxes to shatter using a character such as Black Bolt. Two of these are either side of the control panel at the very front of the level. The third is at the very back off to the left.

Minikit #4 (02:28):
Next, to where the glass panel (Minikit #3) at the back of the level was, there is an unfinished sign on the wall. Destroy the nearby crate and use the left over pieces to complete the sign.

Minikit #5 (03:00):
Halfway down the left side of the level, you’ll see two large silver brick canisters with a block of ice between them. Using a character like Iron Man, destroy the canisters and then melt the ice. A small robot will emerge from the ice and hurtle itself at a nearby wall releasing debris to build the minikit.

Minikit #6 (03:36):
At the very back of the room on the right, there is a minikit floating against the back wall, hidden from sight by a vertical beam.

Minikit #7 (03:45):
Halfway down the right side of the level you will see a strong pull panel (the large green handles). Use a character such as Thor to remove the panel, revealing an electrical panel to be charged up. Once charged, debris will fall from the ceiling in the center of the room. Build it for the minikit.

Stan Lee In Peril (04:35):
Using a character such as Ghost (provided as part of the Ant-Man DLC), walk through the electric field at the back of the room on the right. Stan Lee is clearly visible under what looks like a large piece of fruit. There is a wall panel to push which will shut down the electricity, then fix the machine next to it in order to release Stan.

Minikit #8 (05:26):
In the middle of the room towards the front control panel, there are a number of crates to destroy. Destroying them will reveal pieces which can be constructed into a large spoon. Once built use a character with magic, such as Doctor Strange, to levitate the spoon against a nearby large egg. Once cracked, the egg will reveal the minikit.

Minikit #9 (05:58):
Next to where the strong pull panel was there is a workstation on fire. Use Captain America’s shield to put out the blaze, releasing debris which can be built into minikit number 9.

Minikit #10 (06:23):
The final minikit requires work in both of the other areas of the level when you’re shrunk down into the circuits. There are five electronic components to destroy, 3 in the first part, 2 in the other. Once all five have been destroyed the minikit will appear.