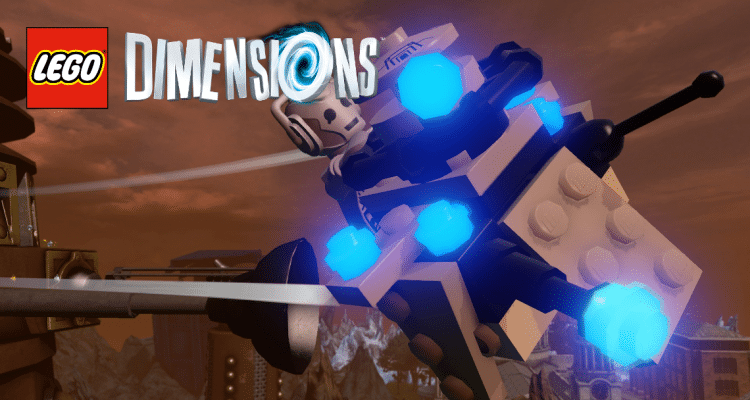 Since the last wave of LEGO Dimensions expansion packs hit the shelves I have been desperate to get my hands on more from LEGO Doctor Who. Having produced the best of the level packs to date, the BBC franchise definitely has more to offer in the LEGO multiverse and now, thanks to the recent release of the Cyberman and Dalek fun pack, we have two more reasons to revisit Trenzalore.

Doctor Who had a superb 2015 and let’s face it, LEGO had a lot to do with that. The release of the first official LEGO Doctor Who set, along with news of a part in the LEGO Movie sequel, only made the Doctor’s inclusion in LEGO Dimensions that little bit sweeter.

The popularity of the character also seemed to have a big impact on the love and attention that went into the creation of the wave two level pack, the attention to detail and nods to the show that only hardcore fans would understand was impressive, to say the least, and it just left us wanting more. 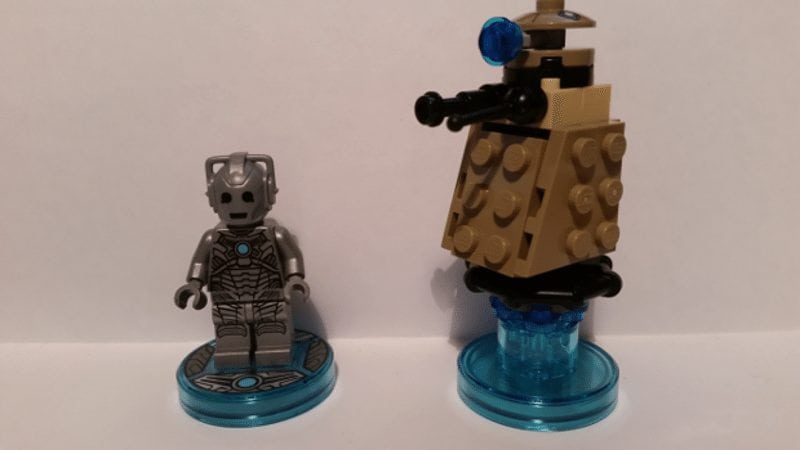 While, unfortunately, we’re not getting any fresh content in-game, this new fun pack does give us a chance to take control of two of the show’s most famous, and most enduring bad guys, the Cybermen, and the Daleks.

For those of you not familiar, or only fans as far back as Christopher Eccleston’s days as the Doctor, both of these particular villainous races have seen action against multiple Doctors, having been around for the majority of the last 50 years. With that history, it is unsurprising that the Doctor Who fun pack would feature a Cyberman minifigure, though the Dalek is actually a vehicle in-game rather than an independent character.

Before we delve into the virtual versions, taking a closer look at the physical LEGO, both creatures are brilliantly recreated here. With only one official LEGO Doctor Who set, this is the Cyberman’s first recreation in LEGO as a fully fledged minifigure. The design was originally created for the in-game versions who pop up and attack during the core game level based on the franchise.

The legs and torso pieces work together to create the look of the metallic man, featuring a design which mimics the Cyberman armour in an accurate, yet simplistically elegant way. The chest piece is a highlight of the printed design, both subtle and striking in equal measures. The print continues on the back with a pattern recreating the armoured spine of the formidable cyborg. The headpiece is the real gem of the minifigure though, a perfect recreation and entirely unique to the character. The head bar and earpieces look fantastic with the emotionless face completing the ideal look for the character. 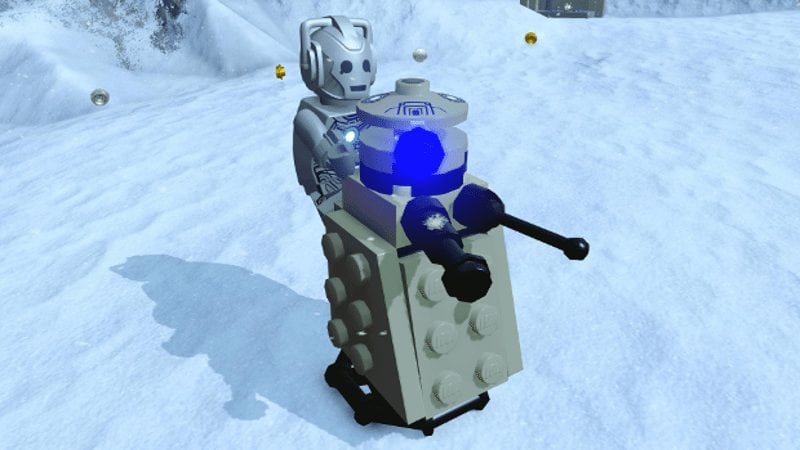 This isn’t the Dalek’s first transition into LEGO form, two were included in the LEGO Doctor Who set which released in December. That said, this is a very different build from those designs, featuring different pieces altogether for the main hull of the character and the attached weapons. While the tan colour is the same, the only piece which matches exactly with the other design is the top purpose printed circular piece.

The newer design is slightly larger as well with a bulkier body and a parabolic ring piece as the bottom, rather than a flat base. While I’m a fan of both designs, the LEGO Dimensions version, though more simplistic, looks more impressive as a completed figure. The great thing about Doctor Who, though, is that there are different variations of Dalek so there is plenty of room for both designs in the overall mythos of the show. As with all vehicles, if you can call a Dalek that, there are two additional blueprints which can be unlocked in-game, the Fire’n’Ride Dalek and the Silver Shooter Dalek.

As I’ve said already, we sadly get no new exclusive content from this pack, but that doesn’t mean this pack isn’t worth investing in. The Cyberman character comes with an extremely impressive list of abilities compared to some of the other fun pack characters available. The cybernetically augmented creature has the rare ability to mind control certain characters, completionists take note because this is one ability that will definitely come in handy during hub open-world exploration. 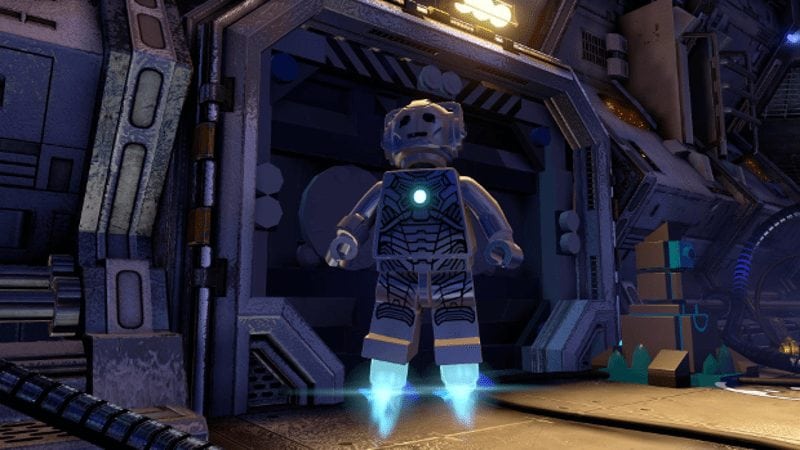 In addition, you will also find that the character can use computer consoles and also hack terminals to complete puzzles. He also has X-Ray vision, can blow up silver LEGO bricks and dive underwater to walk along the bottom of the sea/river. If you thought that was it, then think again because he also has to ability to release a remote-controlled cyber-drone worm which not only stuns enemies but can also climb up pipes – similar to Doc Brown’s remote toy Delorean. It’s safe to say that having this Cyberman in your character arsenal can only be a good thing, having the abilities of multiple characters in one.

The Dalek isn’t quite as dynamic, though, still a worthwhile addition to the game. As a vehicle in its default configuration, the Dalek is incredible speedy compared to some of the other land-based transports available in-game. It also has the ability to shoot enemies, something you control while riding it. The unlocked blueprints offer similar firepower options, though one fires a missile, while the other fires a beam – fairly standard compared to other fun pack accessories.

As a fun pack, I highly recommend the Cyberman and Dalek set, the Cyberman alone provides more abilities than any other character I’ve seen thus far in-game. As a cheaper alternative to the level-pack though, I don’t think that is a great option as there is far too much TARDIS specific gameplay. With this set alone, you wouldn’t fully appreciate how good the Doctor Who hub open-world is.

This set should have appeal to collectors more than anyone, purely because this is the first, and currently the only way of getting hold of an official LEGO Cyberman. Overall, if I had to pick just one fun pack for LEGO Dimensions as a whole, this would easily be my choice because of the plethora of abilities included – And I’m not just saying that as a Doctor Who fan.

The characters look fantastic and the Dalek LEGO build is fun. The Cyberman offers more additional abilities in one character than I’ve seen anywhere else within LEGO Dimensions and the Dalek makes a superb vehicle. This pack is well worth the money and just a notch off perfect – I only wish the Dalek was a character and not a vehicle.