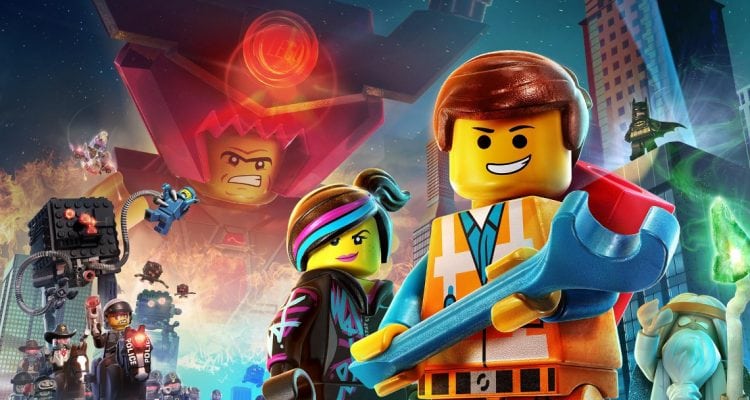 Following on from the success of LEGO Marvel Superheroes the experts in construction toy based entertainment, TT Games, are at it again with another multi-platform, multi-generation release.

Having finally created their own big budget movie franchise, the toy company has some new material ripe for the games market and it’s here in the form of “The LEGO Movie Videogame” (It must have taken literally minutes to come up with that name).

For those not familiar with the film, the LEGO Movie follows Emmett, a simple construction worker who is thrust into a world of prophecies, destiny and universal destruction. Having accidentally stumbled across a fabled relic, Emmett must realise his potential and lead a rebellion against the evil Lord Business. This movie is basically Harry Potter meets the Matrix in LEGO form but we’re not here to review the movie so for a more in-depth look at that head over to our own review.

So back to the game. The story is very faithful to the film with all of the key cinema scenes being the inspiration for the chapters in the game, for those looking for a spoiler-free movie experience, it’s best to save the game until afterwards. 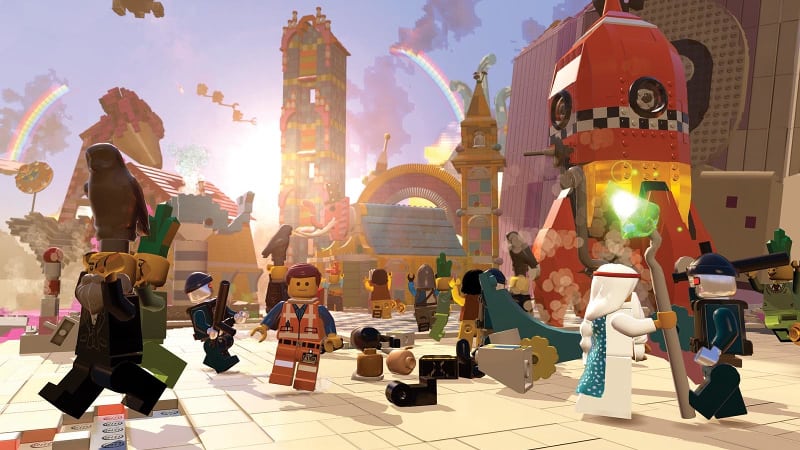 TT has yet again stuck to their “if it isn’t broken then why fix it” routine with regards to the way the game plays. Fans of their previous LEGO games will be happy to know that as before the controls and basic gameplay is anything but groundbreaking. That said, they have brought a number of new elements into this game, all themed around aspects from the movie.

On two occasions, during the main story, the player is suddenly thrown into a rhythm mini-game where the player must press the correct sequence of buttons in time with “Everything is Awesome”, the main theme from the movie. Master-builders, who feature prominently in the movie, have their own gaming mechanic for specific challenges within each level and Emmett, our hero construction worker is given the task of assembling multiple LEGO kits throughout the game using interactive manuals to select the LEGO bricks required.

“Come with me if you wanna not die”

As with other more recent additions to the LEGO gaming series, the player is free to move around in an open world between story chapters. Where this game differs slightly, and where the spark of genius lies in this game over its predecessors, is in how the open-world is laid out. Unlike LEGO Marvel Superheroes or LEGO Batman 2, the open world isn’t one singular environment but a host of different settings which can be accessed via a magical portal. Just like our hero in the movie, the player is free to roam around different worlds populated by different LEGO creations. From Bricksburg, Emmett’s LEGO City-based hometown to Cloud Cuckoo Land, the HQ of the master builders, all of these worlds can be explored in all their glory without the confines of a structured level. 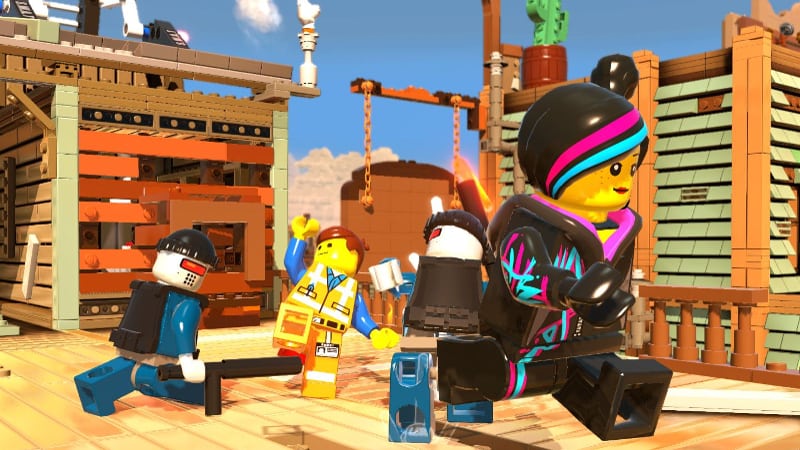 The character base is extensive considering the movie focuses on only five characters for about 80% of it’s run-time and so the developers have pulled every mention of a character out of obscurity and given them a piece of the action. The big names are there as well, Batman, Superman, Wonder Woman and Green Lantern are all playable characters and yet Flash was left out. It does feel that a lot of these characters were only added to the game to fill space and many offer little in the way of diversity.

“The Special Has Arisen”

Yet again our brick heroes have been given a voice in-game and the dialogue is superb, it helps that all of the main movie cast have added their vocal talents to the soundtrack. Chris Pratt, Elizabeth Banks, Will Arnett and even Morgan Freeman all bring their characters to life once more and it makes a big difference to the experience, something that let TT’s previous LEGO game down considerably. The musical soundtrack is straight out of the movie with a number of variations of THAT song throughout the story. All in all a big thumbs up for sound.

Graphically this game is stunning to look at, by LEGO standards that is. The developer has taken a lot of time to recreate some of the crucial scenes from the movie and adapt them to make varying worlds full of life. The colours and textures of both the characters and background shine through, especially on the current generation of games consoles running at 1080p. Every level and open-world has a unique look and unlike some of the previous LEGO games this one is smooth and runs seamlessly, especially on the newer games consoles. The entire game seems more stable then it’s predecessors, whether that’s through luck or experience, TT seems to have fixed a lot of the problems that have plagued the series, such as characters getting stuck in walls or full-blown console crashes.

This game is many things but what makes it rare is that it is a brilliant movie to game adaptation which stays true to the story of the source material and yet still provides it’s own unique experience. At no point, while playing will the gamer feel like this game was made purely to cash in on the movie, this is an entity in its own right.

The gameplay, graphics and soundtrack are everything we’ve come to expect from TT Games and the addition of the movie voice talent just adds that little touch of class that makes the LEGO Movie video game excel above some of its predecessors.