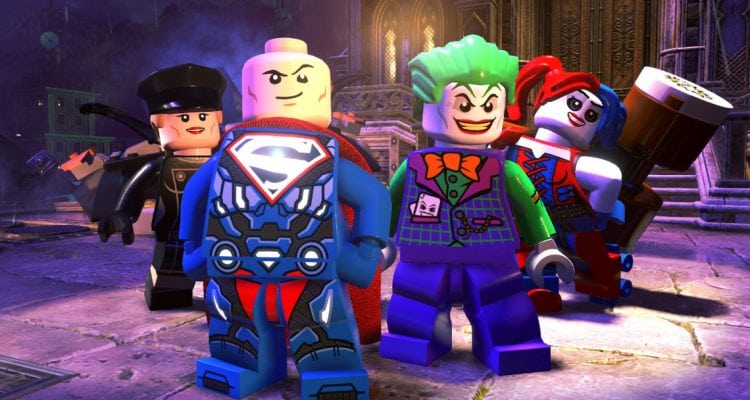 It’s Good to Be Bad in the First-Ever, Villain Focused LEGO® Game
with an Outrageously Fun and Original Story Co-Written with DC

Hinted at a couple of months back, Warner Bros. Interactive Entertainment, TT Games, The LEGO Group and DC Entertainment have officially today announced LEGO DC Super-Villains with the release of a trailer for the game. As the name suggests, this will be the first LEGO game to put players at the centre of a villain-centric adventure packed with favourite locations and characters from across the DC universe.

At the beginning of the campaign, players can create their own unique villain and main character throughout, while also teaming up with a variety of DC Super-Villains throughout the story mode. As players progress, they will unlock new abilities, powers and can continue to customise their character to take on the evil threat. Friends and family can join story mode at any time with the fun, two-player, local co-op experiences where players can team up in epic boss fights.

A Deluxe Edition of the game, featuring the main game content, Season Pass content and early access to the DC Super-Villains: TV Series DLC Character Pack, will be available for pre-order soon.

An exclusive LEGO minifigure, Lex Luthor Superman, also comes with the physical version of the Deluxe and Standard Editions, while digital consumers will receive the Justice League Dark DLC Character Pack with their Deluxe Edition.