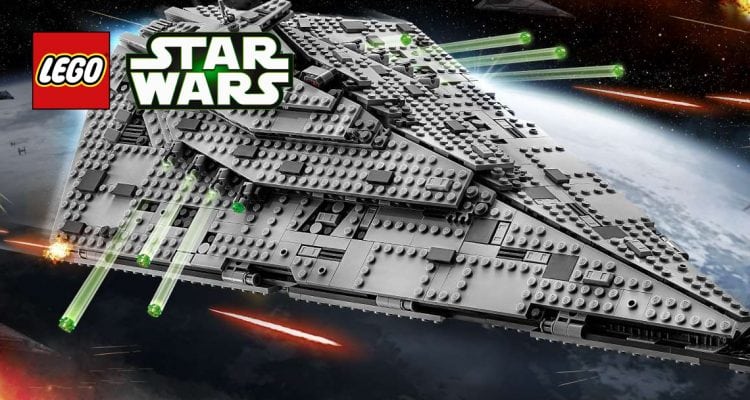 Ahead of the official launch of Star Wars: The Last Jedi mechandise with Force Friday, LEGO has officially revealed the new range of sets coming to a toy store near you. Available from tomorrow, September 1st, the new sets feature everything we’ve come to expect from a new wave of LEGO Star Wars, new designs, new minifigures and the usual hints at what could be coming from the new cinema release in December.

Thanks to a leak earlier this year, many of the set designs had already surfaced on the web, but now LEGO and Lucasfilm have officially announced they’re coming and provided details including prices for the fans. Here’s a rundown on what you’re likely to be spending your hard-earned cash on over the next few months.

Own your very own LEGO® BB-8! Turn the wheel to spin the head and turn another to open the hatch and see the welding torch pop out, just like it did in the movie! You can also sit BB-8 on the stand so you can show your friendly droid to all your friends when they come to visit! 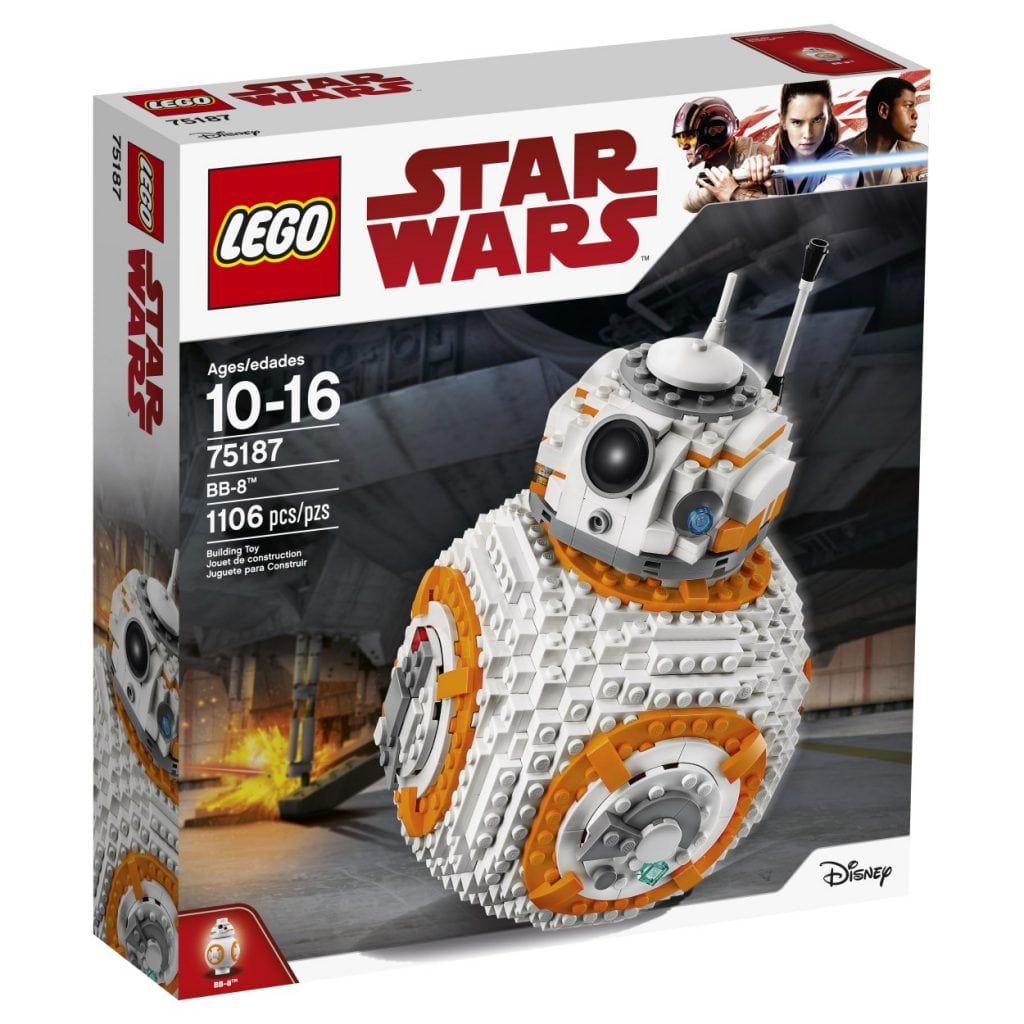 Join Supreme Leader Snoke as he rules the galaxy aboard the mighty First Order Star Destroyer! Fire the stud shooters to defeat enemy ships and then open the panels to play inside. Ride the elevator to Snoke’s command center and issue orders to the mini hologram. Give the fleet orders from the bridge, prepare for battle in the conference area, get the droids aboard and monitor the ship from the control room. When you’re ready to move out, grab the handle on top and zoom into action at hyperspeed! 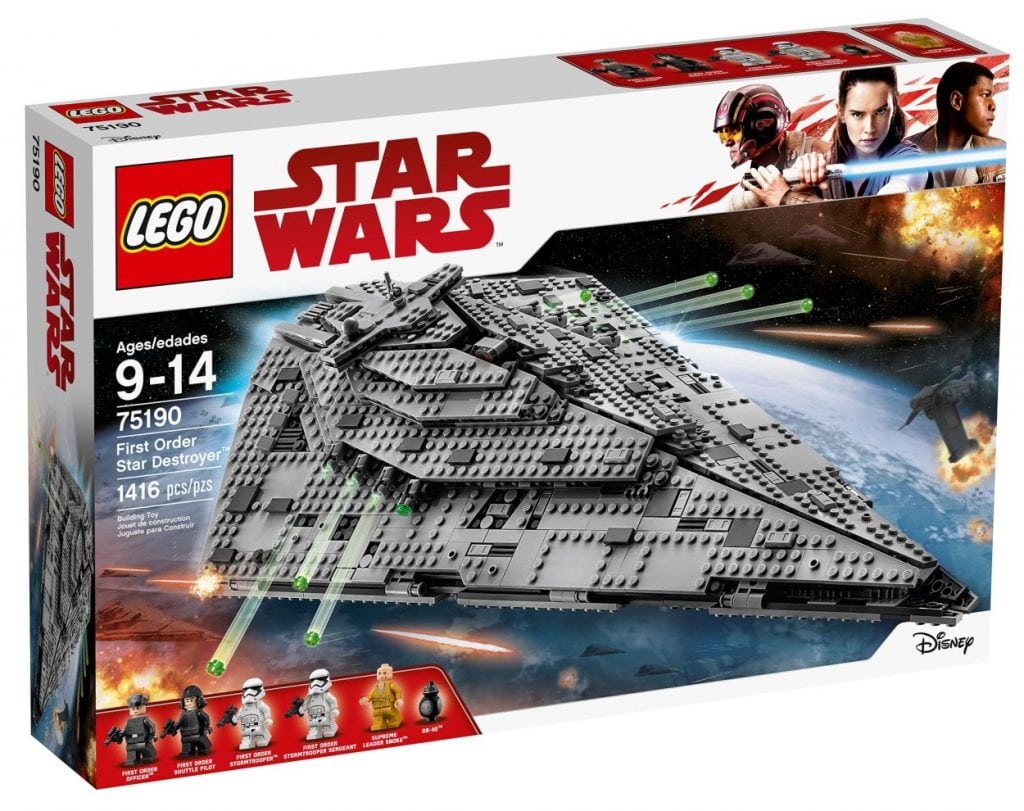 Grab the First Order Heavy Assault Walker and lumber into battle against Poe, Rey and the Resistance allies. Fire the head-mounted spring-loaded shooters and take aim with the rapid-fire stud shooter on top. When you run short on ammo, open the compartments and reload. In the Resistance fighters get too close, drop the mines at the back to give them a big surprise! Can the Resistance defeat this tough walker? That’s for you to decide… 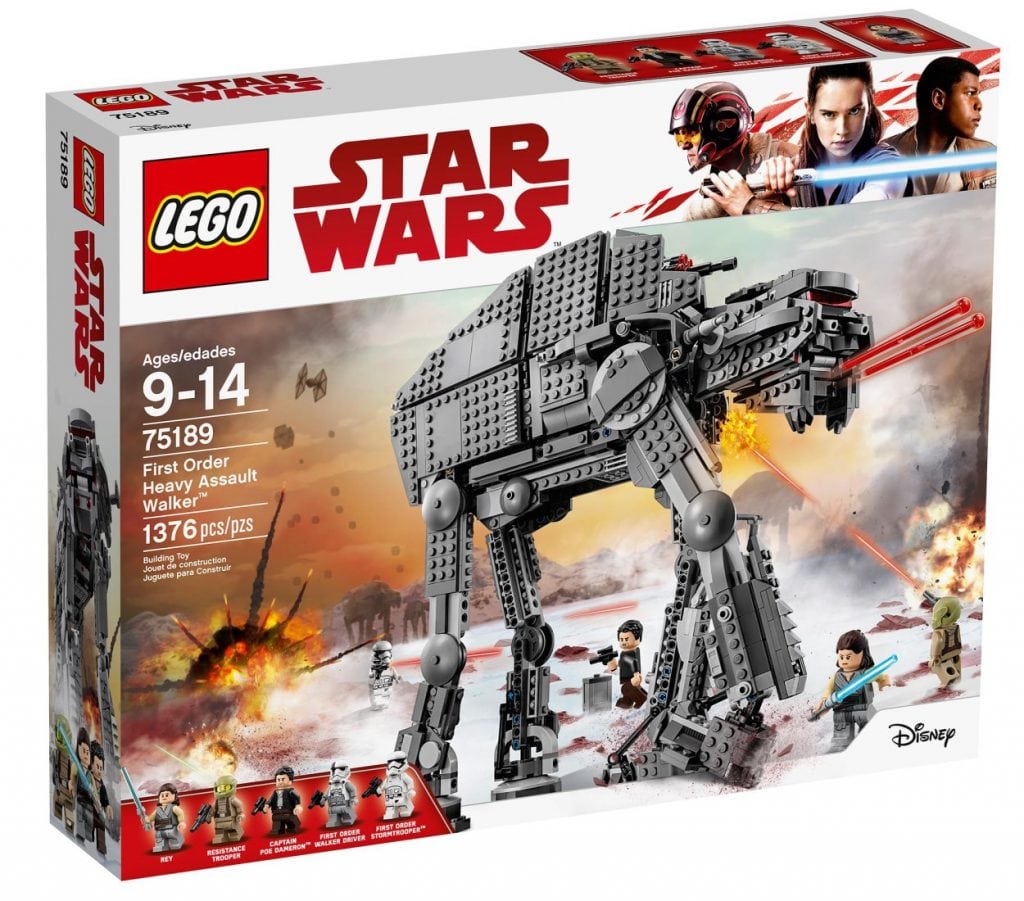 Join Poe and Vice Admiral Holdo as they set out on daring raids aboard the Resistance Bomber! Jump Paige into the rear gun turrets and fend off enemy ships or fire the spring-loaded shooters for extra firepower. When you reach your target, press the trigger to release the bombs and send the enemy troops running for cover. Good luck, Captain! 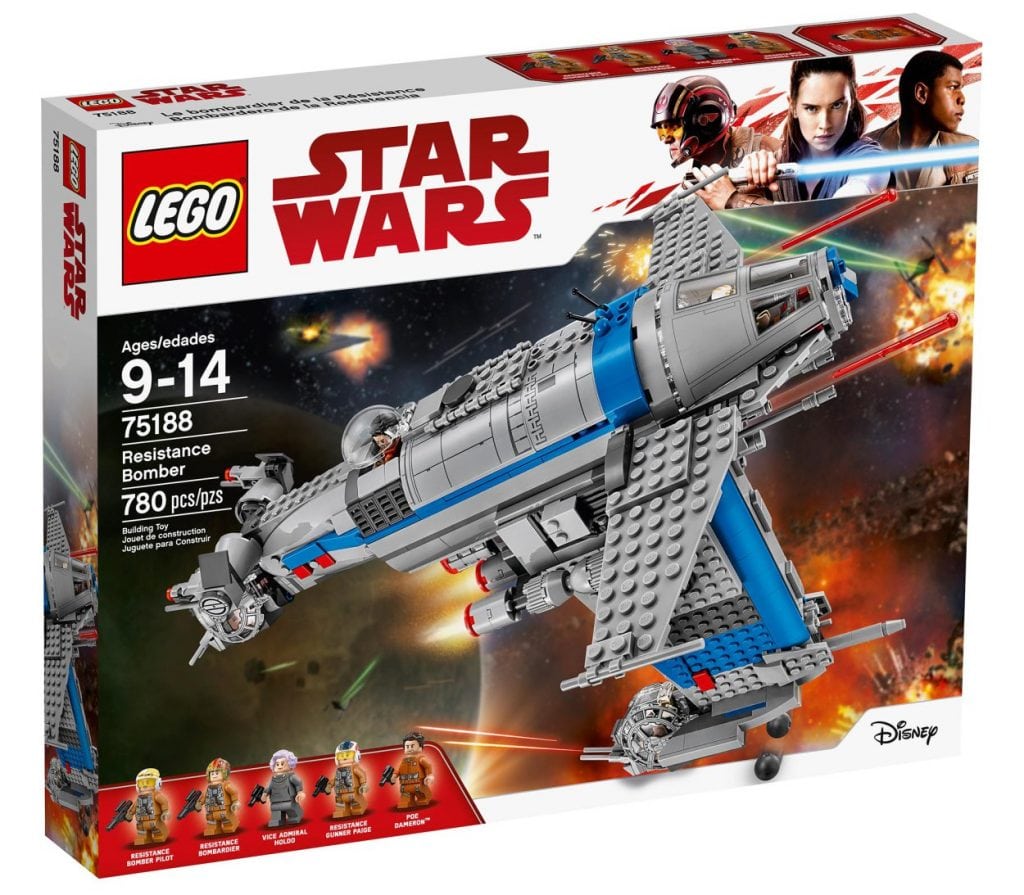 The Resistance has been spotted! Put Kylo into the cockpit of his super-fast TIE Fighter and blast off in hot pursuit. When you get close, push the triggers to fire the spring-loaded missiles and send those Resistance ships spinning out of control! 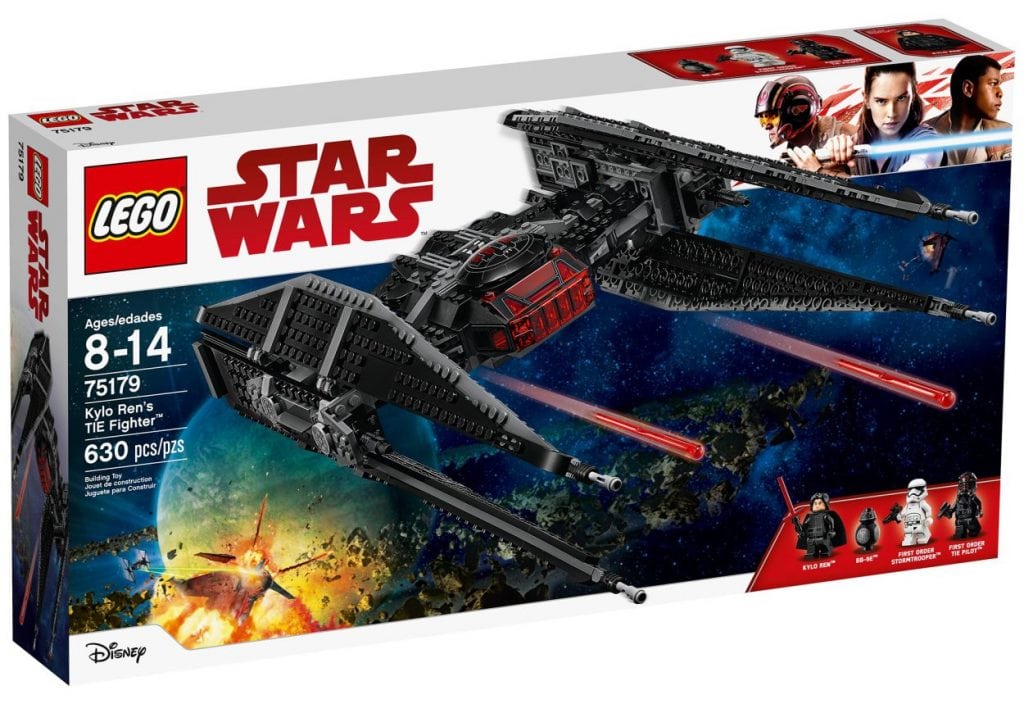 Go in search of Resistance fighters in the amazing First Order Heavy Scout Walker. Place General Hux in the cockpit and send orders to the Flametrooper. Give the walker a push and see the crawling legs start to move! When you spot the enemy, raise the spring-loaded shooters and get ready to fire! 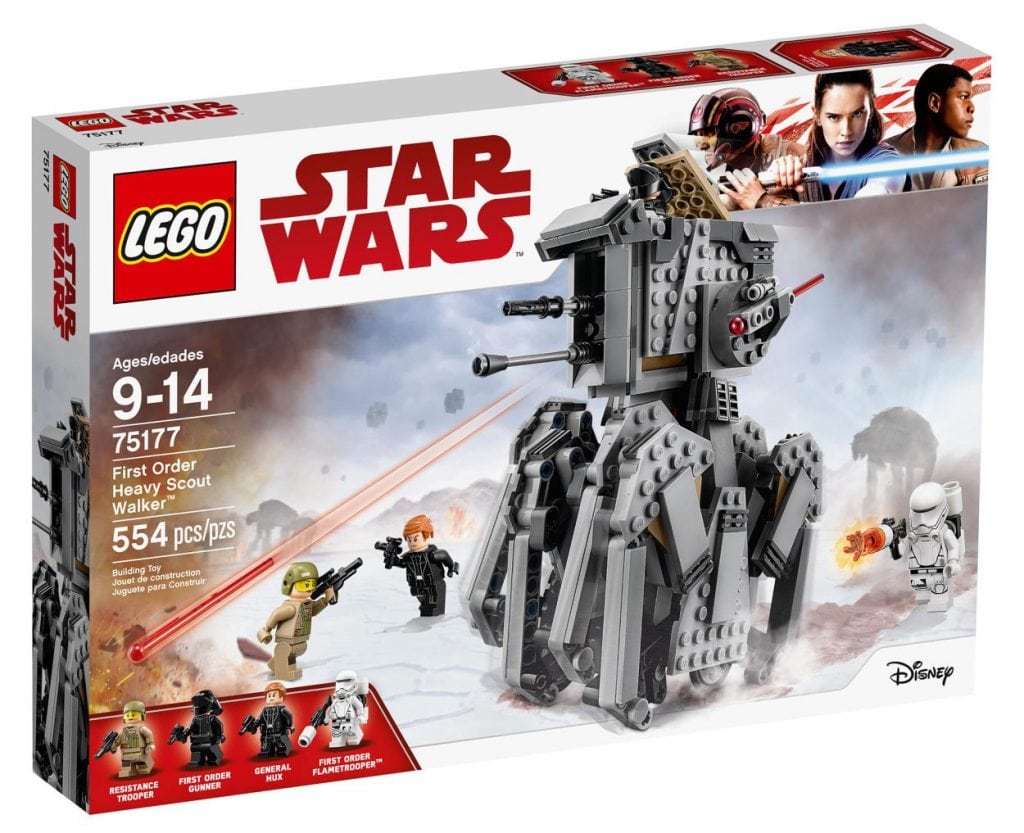 Escape to safety in the Resistance Transport Pod. Open the cockpit, seat Finn and Rose and launch! If our heroes run into trouble, turn the engine to aim the stud shooter or roll the wheel to fire the spring-loaded shooters! Now has anyone seen BB-8? 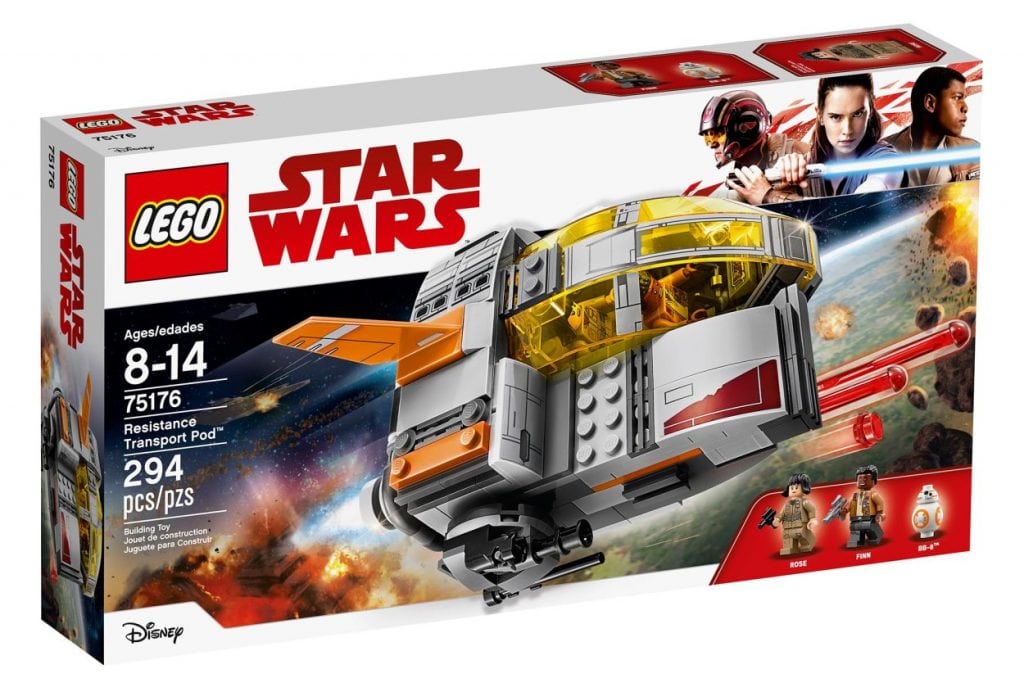 Buckle up and get ready for action with the Elite TIE Fighter Pilot! Build this intimidating figure with red-striped helmet and breathing system and then put him in a battle pose. Arm his spring-loaded blaster rifle and you’re ready to take on the Resistance! 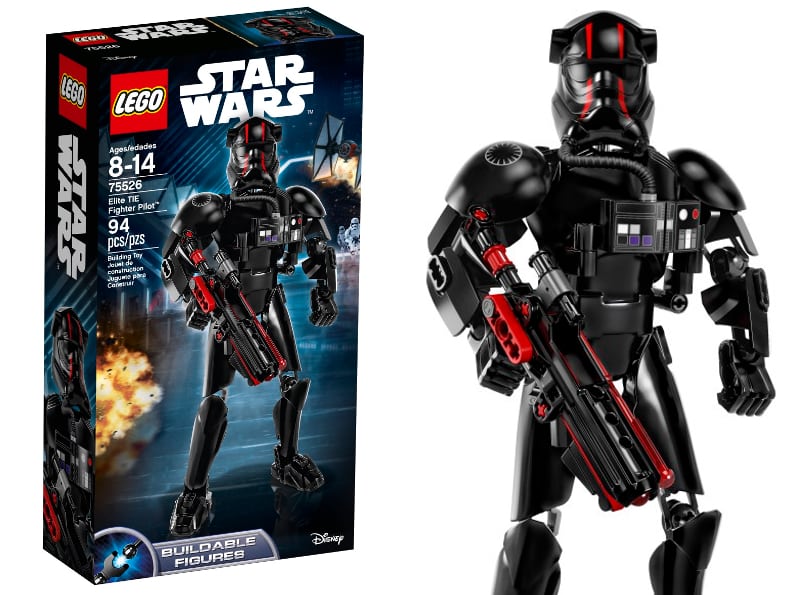 Awaken the power of the Force with buildable action hero Rey! Put her in a battle pose and gear her up with her blue Lightsaber and blaster pistol. If she runs into trouble, turn the wheel to take a swing at the First Order troopers! 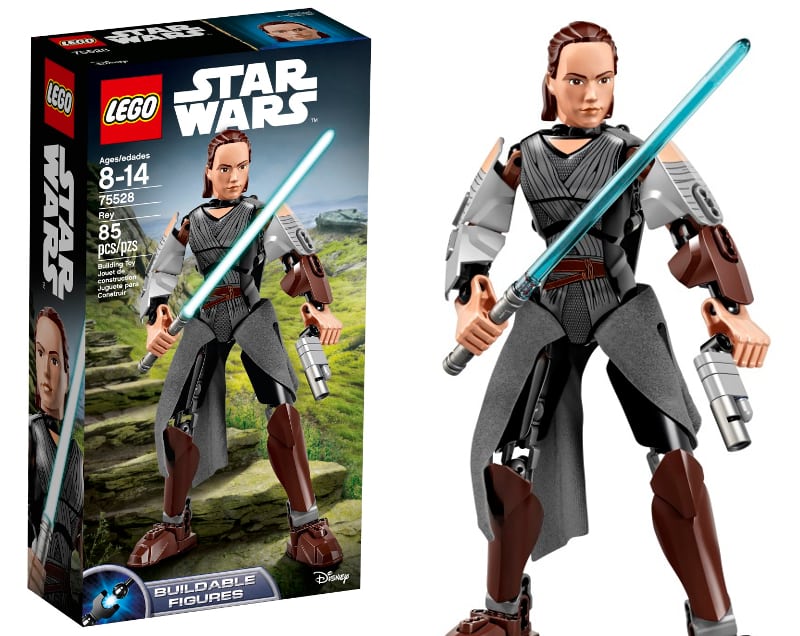 Protect the First Order with Supreme Leader Snoke’s Elite Praetorian Guard. Reach for the awesome 2-handed bladed staff with lasers, or separate it to create 2 smaller weapons. Put this amazing guard dressed in tough red armor in a fearsome battle pose, then move the lever to swing the arms and send opponents running for cover! 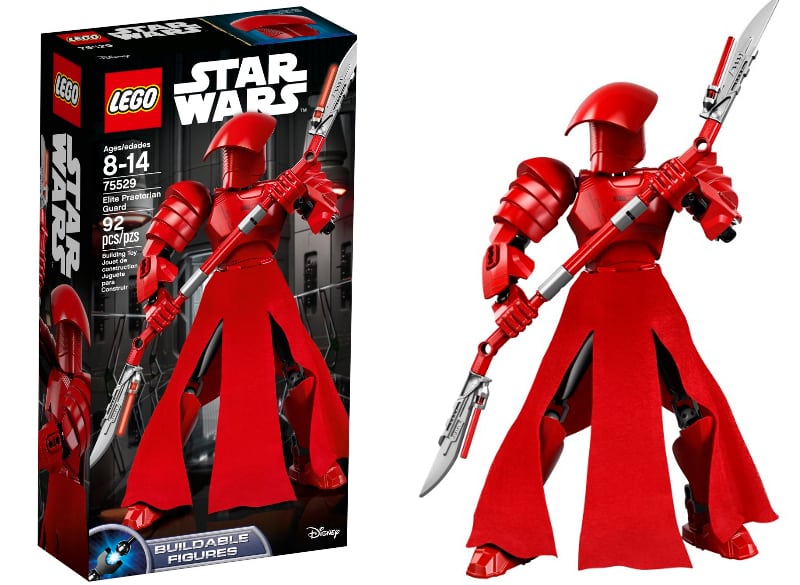 Roar into battle with everyone’s favorite Wookiee, Chewbacca! Strap on his ammo belt and bag, grab his spring-loaded bowcaster and put him in a cool battle pose. This is the biggest, baddest (yet still lovable) LEGO® Wookiee ever! 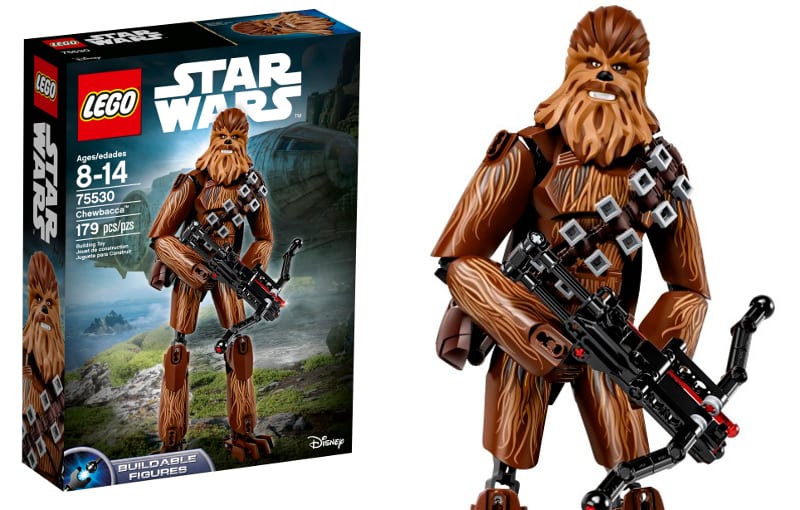