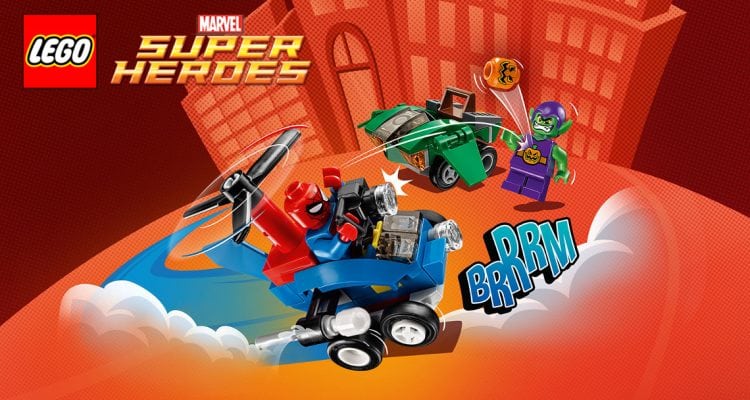 LEGO Superheroes newest line, Mighty Micros has seen a number of releases for both of the toy company’s comic book franchises, Marvel and DC. Aimed at younger audiences, these micro sets feature many of the iconic super-powered characters and the respective foes, all uniquely designed to not only set themselves apart from the mainstream sets but also grab the attention of the smaller LEGO fan.

With the Hulk smashing set already covered, it’s time to turn our attention to another of Marvel’s new Mighty Micro heroes and one of their all-time greatest, the web-slinger himself, Spider-Man. Now before we get started, parents, you’re on to an instant win with this set because let’s face it, even my two-year-old son can pick Spider-Man out of a crowd, he’s one of Marvel’s most recognisable faces and not least because he’s had about 40 (admittedly a slight exaggeration) movie origin stories in the last couple of decades.

Spidey has always been a good choice for LEGO, he’s one of the few characters that have absolutely no age limit and the toy-makers confidence in the hero is evident in his appearance in other sets aimed at younger fans for both Duplo and LEGO Junior. Despite having many iconic bad guys to choose from for this particular set, there’s only really one that matches that level of recognition, the Green Goblin. 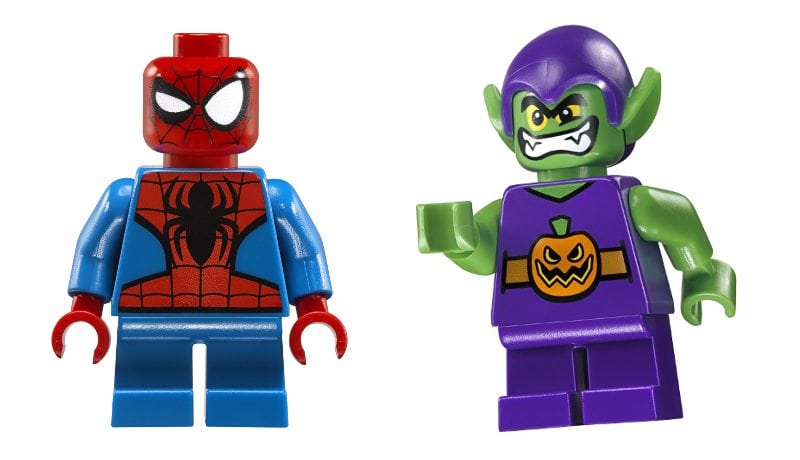 As with all of the Mini Micro sets, two minifigures are included, one hero, one villain, both featuring the same mini-legs which come as standard in this LEGO range. As I said in my Hulk vs. Ultron review, this in itself isn’t necessarily a bad thing but with the standard leg pieces, these minifigures would likely have had a great deal more collector value.

The priority with these sets is simplicity and youngster appeal, and that includes the minifigure designs. The Spider-man figure in this set, when compared to the regular minifigure variant, is a prime example of what the Mini Micros are all about. The torso design does away with the muscular detail, we instead get the basic Spidey suit design, but with much bolder outlines and an enlarged chest emblem.

In my opinion, this simpler torso design is actually much more reminiscent of the characters early days in the comic books, your average five-year-old might not care too much about that, but it means that even with this more basic design, this LEGO recreation still sticks to its source material well. The headpiece too follows the example seen in the Hulk set with a much more cartoony expression, if you can call it that, on the mask, what looks like a confused squint, possibly his Spidey-sense tingling?

To complete the look, and set this Spidey up as one of the more interesting versions, he is accessorised with a LEGO camera.

The cartoony expressions continue on to the Green Goblin minifigure, whose facial expression says, “Hi, I’m a happy, slightly mad, bad guy who may need a hug”. Again, this figure features the larger eyes and a slight hint of a smirk that we see in the Hulk minifigure from this range. The Goblin’s torso pieces are the biggest disappointment here, there’s basic and then there’s just pure lazy. Completely doing away with any form of detail, the torso design simply features the characters pumpkin buckled belt, enlarged to take up most of the space. Accessory-wise, the Goblin comes with one of his standard pumpkin-head bombs. 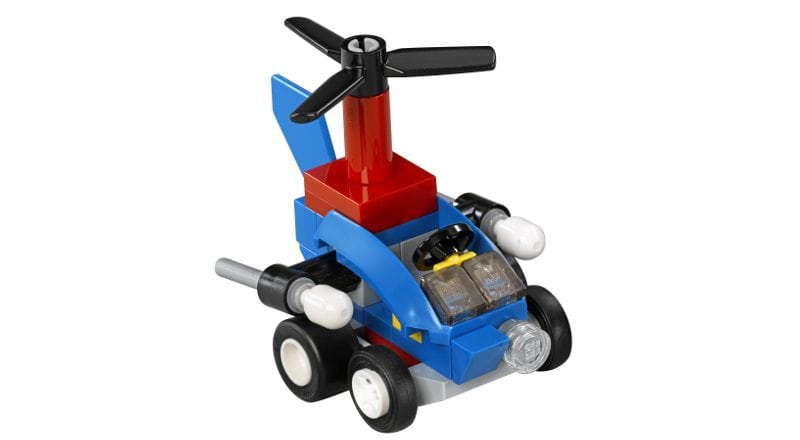 Following the Mighty Micro formula, this set also includes two vehicles, themed around the minifigures. Designed in the same vein as the vehicles seen in LEGO Dimensions, Spider-Man is treated to a fantastically fun mini helicopter on wheels – yes he may swing from building to building, but at some stage, he’s going to have to cross water, Manhatten is an island after all.

Where this particular micro-vehicle stands out as one of the best designs is the fact that it has some interactive elements you don’t see in all of the sets. In addition to being a fully functional car with two different sized sets of wheels, the chopper rota spins around and there is even a detachable missile on each side of the vehicle which can be taken out to add additional play value, this is definitely likely to be a highlight in the series. 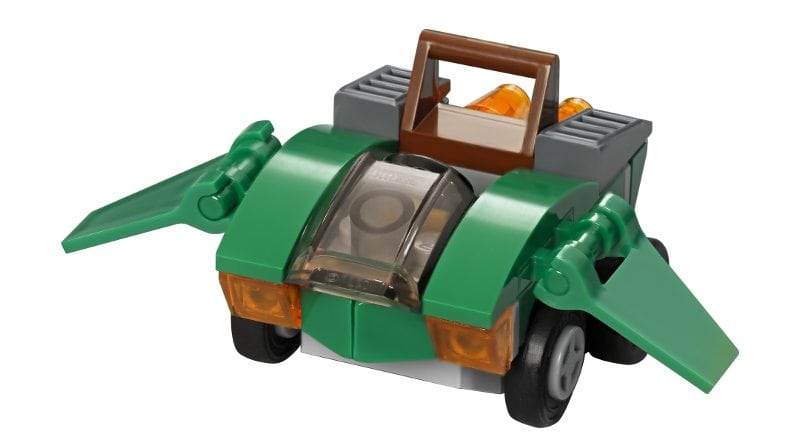 In complete contrast to this, the Green Goblins vehicle is bland, with nothing but the bare basics. The vehicle has obviously taken some influence from the characters normal mode of transport, his glider, with backwards facing wing pieces reminiscent of that design. In general, though, this is a true disappointment with no wow factor whatsoever.

Overall, the Spider-Man vs. Green Goblin set is a tale of two halves, on the one hand, you have a great looking Spider-Man minifigure accompanied by a fun and interactive vehicle, and on the other hand, you have a bland looking Goblin with an equally dull looking vehicle. It’s a real shame that more effort wasn’t put into the Green Goblin because this feels like LEGO are relying entirely on the web-slinger to sell the set.

Of course, it is Spider-Man and so the chances are, that reliance will pay off.

Despite a great outing for the web-slinger and one that is likely to sell well, the Green Goblins minifigure and vehicle are a real let down, lacking anything interesting. That said, it’s Spidey, and that appeal alone will sell this set.