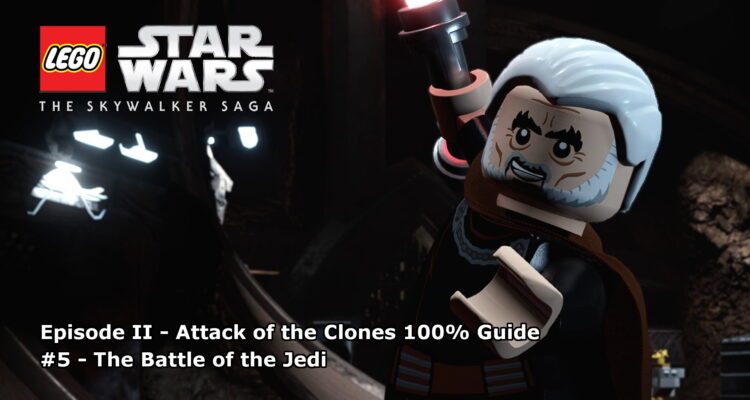 LEGO Star Wars: The Skywalker Saga – The Battle of the Jedi 100% Guide

This guide will show you how to achieve 100% completion on LEGO Star Wars: The Skywalker Saga – Episode II: Attack of the Clones Level 5, The Battle of the Jedi.

Challenge #1: The Dark Side
To complete this challenge, simply reach Dooku within 5 minutes. You don’t have to beat Dooku in 5 minutes, you just need to reach him. In Free Play, this can be done very easily by using the astromech terminal on the far left of the room with the bridge. After the terminal has been activated you’ll need to cut through the door with a lightsaber and you can then skip the dark cave part of the level entirely.

Challenge #2: Bug Zapper
Build the ‘Electric Fly Trap’ to rid the cave area of Geonosian Warriors for this challenge. This can be found at the end of the dark cave. Destroy all of the containers and build the bricks into the “Electric Light Trap”.

Challenge #3: Forcing Them Out:
This challenge requires you to use the Force to defeat a Geonosian Warrior and a Battle Droid. Battle Droids only appear in one special location on the map. In the bridge room you need to grapple up to an orange handle on the left after crossing the bridge. Grapple all the way to the opposite end to find Battle Droids. This area can only be reached in Free Play. Geonosian warriors appear throughout the level.

Minikit #1:
Right at the start of the level, turn around and use a Scavengers Net Launcher to help you climb up to the minikit.

Minikit #2:
In the bridge area, use a Bounty Hunter to blast the gold bricked object on the wall.

Minikit #3:
Halfway through the dark cave, on the right wall, you’ll find a blue cracked LEGO wall. Destroy it with a Scavenger’s Breaker Blaster to grab the minikit behind.

Minikit #4:
In the Count Dooku arena, in the alcove to the right of his escape ship, there’s a pile of breakable junk for the minikit.

Minikit #5:
In the same area, use the Villain Terminal and construct a turret. Use the turret to kill four of the Geonosian warrior reinforcements and the minikit will appear. 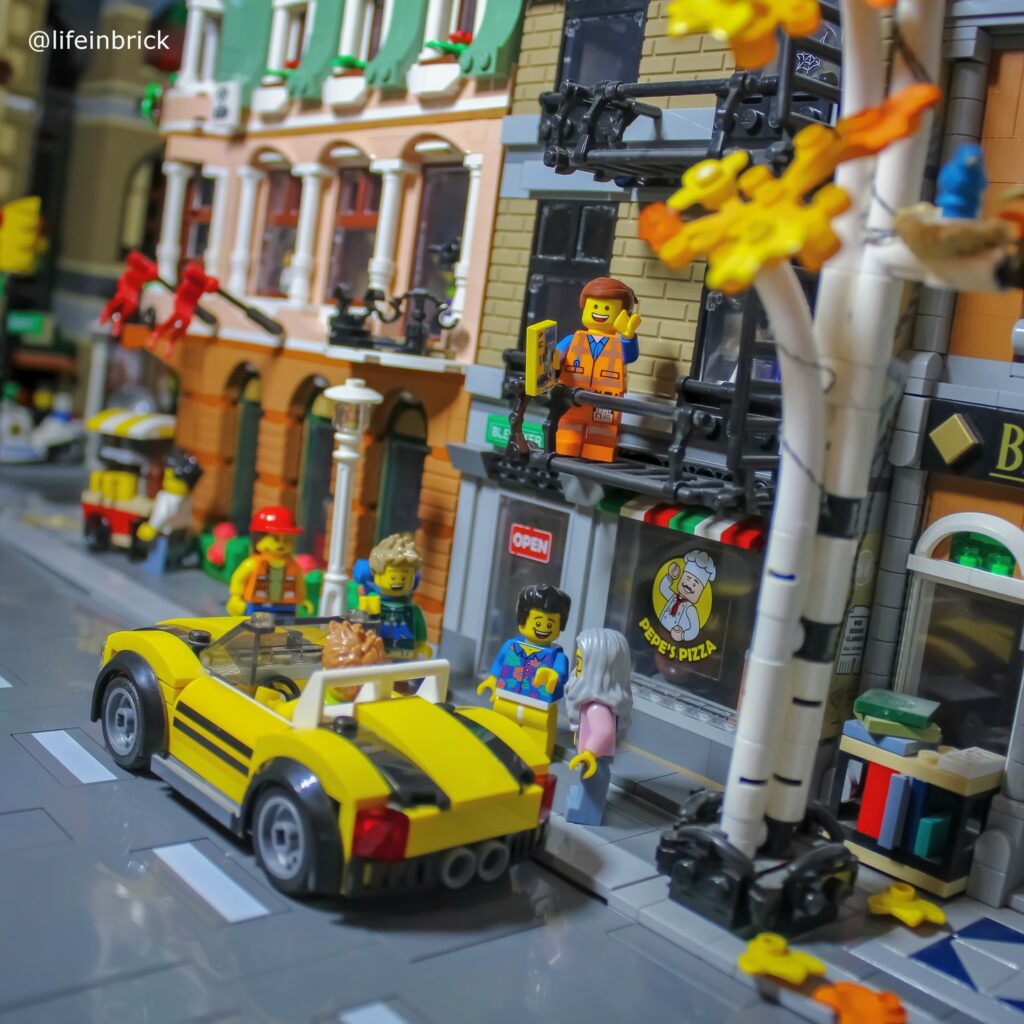