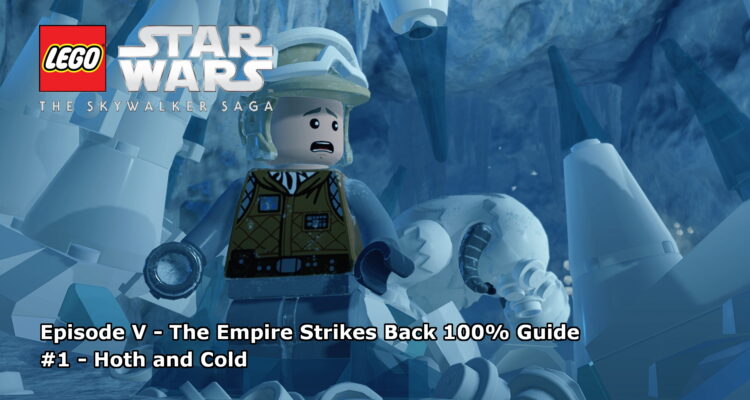 This guide will show you how to achieve 100% completion on LEGO Star Wars: The Skywalker Saga – Episode V: The Empire Strikes Back Level 1, Hoth and Cold.

Challenge #1: Not a Probe-lem
For this challenge, simply shoot a probe droid out of the air without them spotting you first. Stay out of their red zone and you shouldn’t be spotted.

Challenge #2: Avoid the Droid!
Same as the challenge above, but shoot 5 probe droids out of the air without them spotting you first.

Minikit #1:
At the Signal Tower with the partially repaired Snow speeder, use it to blast the mound of ice blocks to the north. Breaking it will leave behind bricks that build into the minikit minikit.

Minikit #3:
A Probe Droid on the high hill to the south of the north Signal Tower is carrying the minikit, shoot it down.

Minikit #4:
At the east Signal Tower, use the blue battery on the cage behind the tower itself before using it on the tower. Insert it into the cage power source to unlock the minikit.

Minikit #5:
In the southwest corner of the map, there’s a fourth base with dishes you can rotate. Turn all the dishes so the laser fires and bounces off all the dishes, hitting the canister in the snow that’s flashing green.