There have been rumours floating about for a few weeks now that LEGO would be releasing a number of new sets to celebrate the 20th Anniversary of everyone’s favourite LEGO wizard (Sorry Doctor Strange). Today, the LEGO Group and Warner Bros. Consumer Products have revealed the full details of the new sets exploring the enchanting adventures of Harry Potter’s second year at Hogwarts.

As revealed by LEGO via social media earlier in the week, a number of the new sets come with an exclusive golden minifigure to mark the 20th Anniversary of LEGO Harry Potter. For years, LEGO play has helped Wizarding World and LEGO fans feel even closer to the magic, and these collectibles mark just some of the characters that have helped them play out endless memorable moments across two decades of LEGO Harry Potter.

The new sets will be available from LEGO.com, LEGO Stores and selected retailers from 1st June and more widely from 1st August.

A selection of the sets will also be available to pre-order from 16th of April at LEGO.com and other retailers globally.

Here’s a full run-down of the sets: 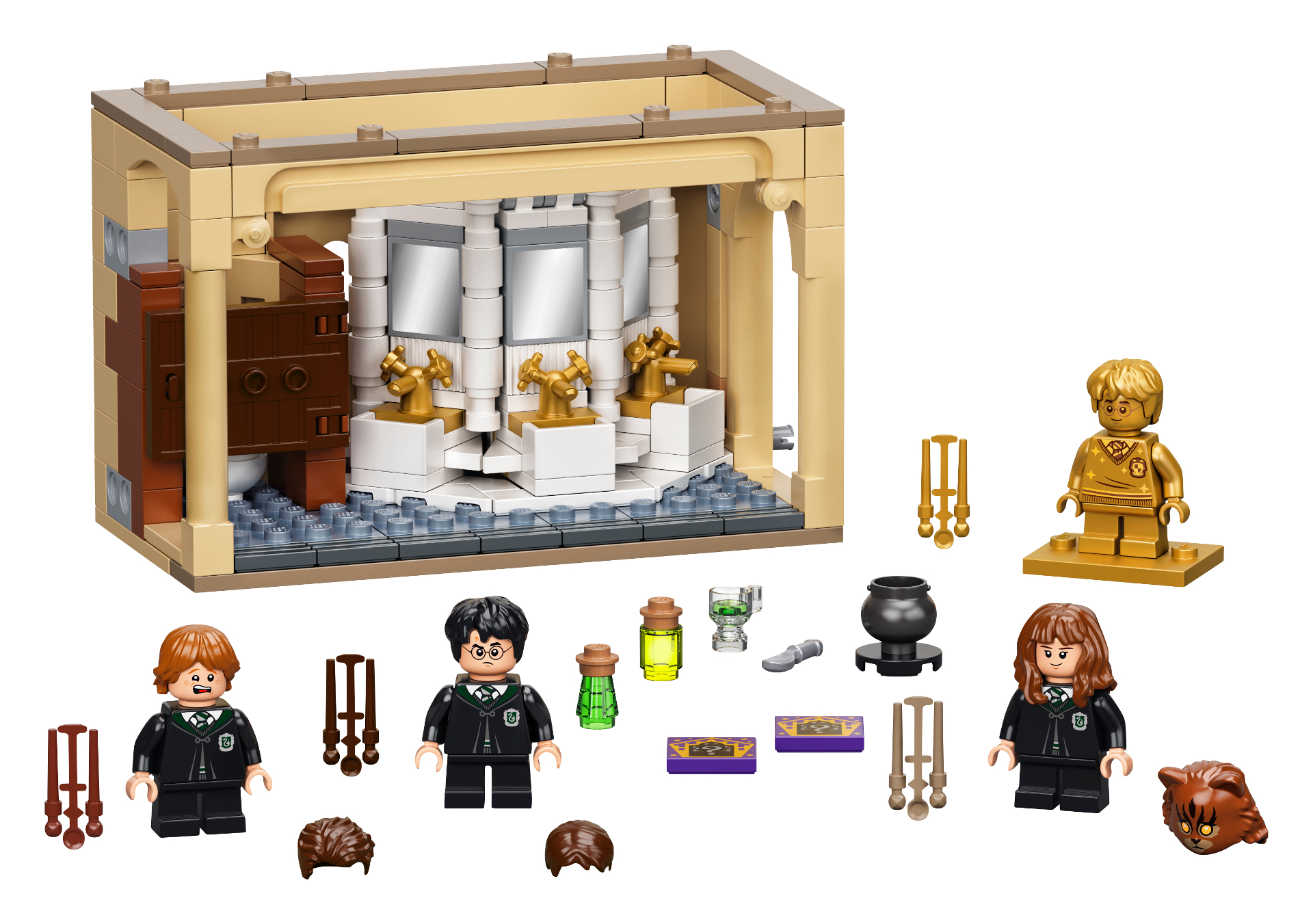 Builders can join Harry, Ron and Hermione as they brew the powerful Polyjuice potion in Moaning Myrtle’s bathroom and transform as they gulp the potion. Don’t forget to explore the hidden tunnel beneath the sink. 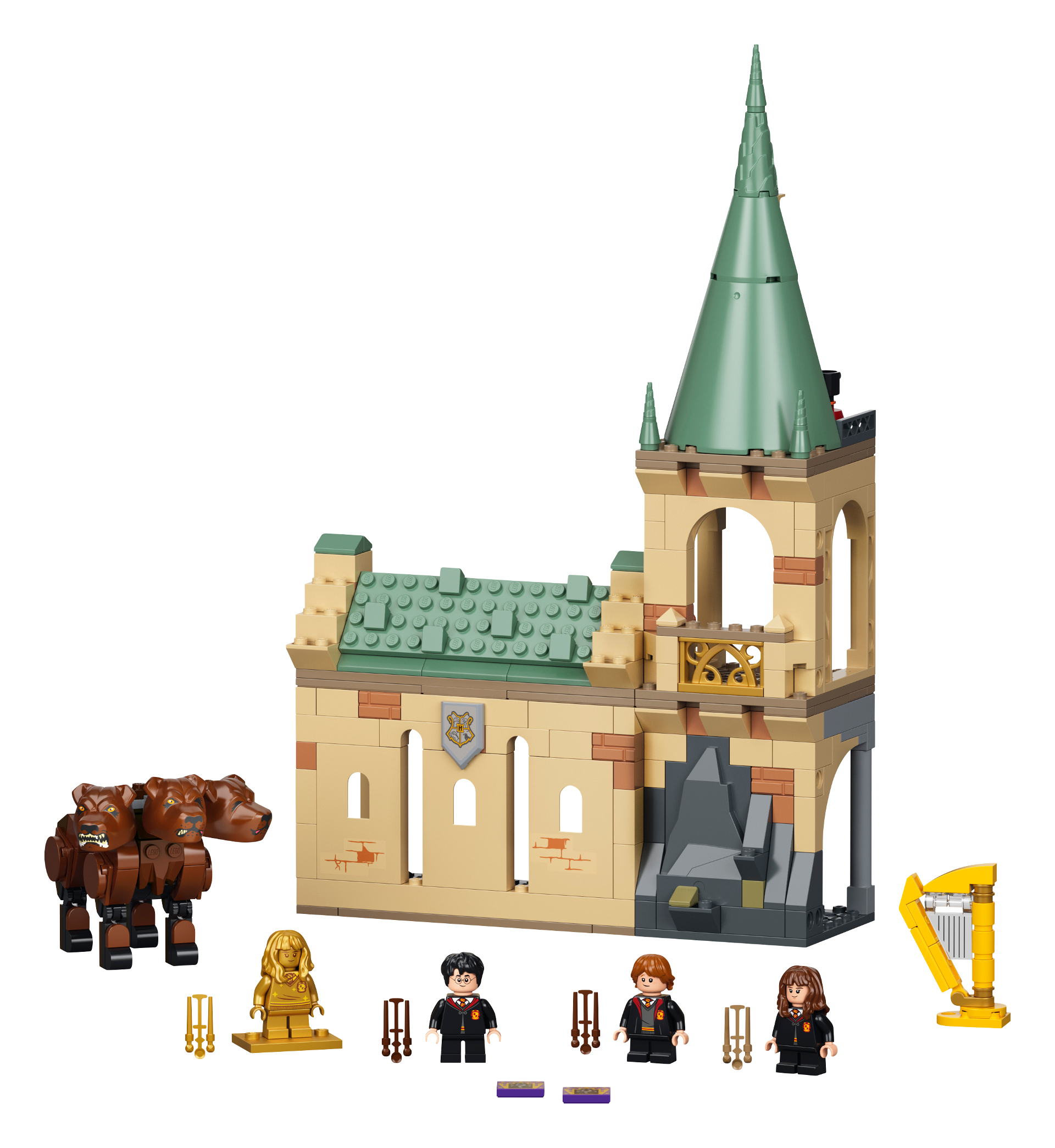 Young witches and wizards can try their luck at sneaking past the giant, 3-headed dog, and reaching the trapdoor before Fluffy wakes! 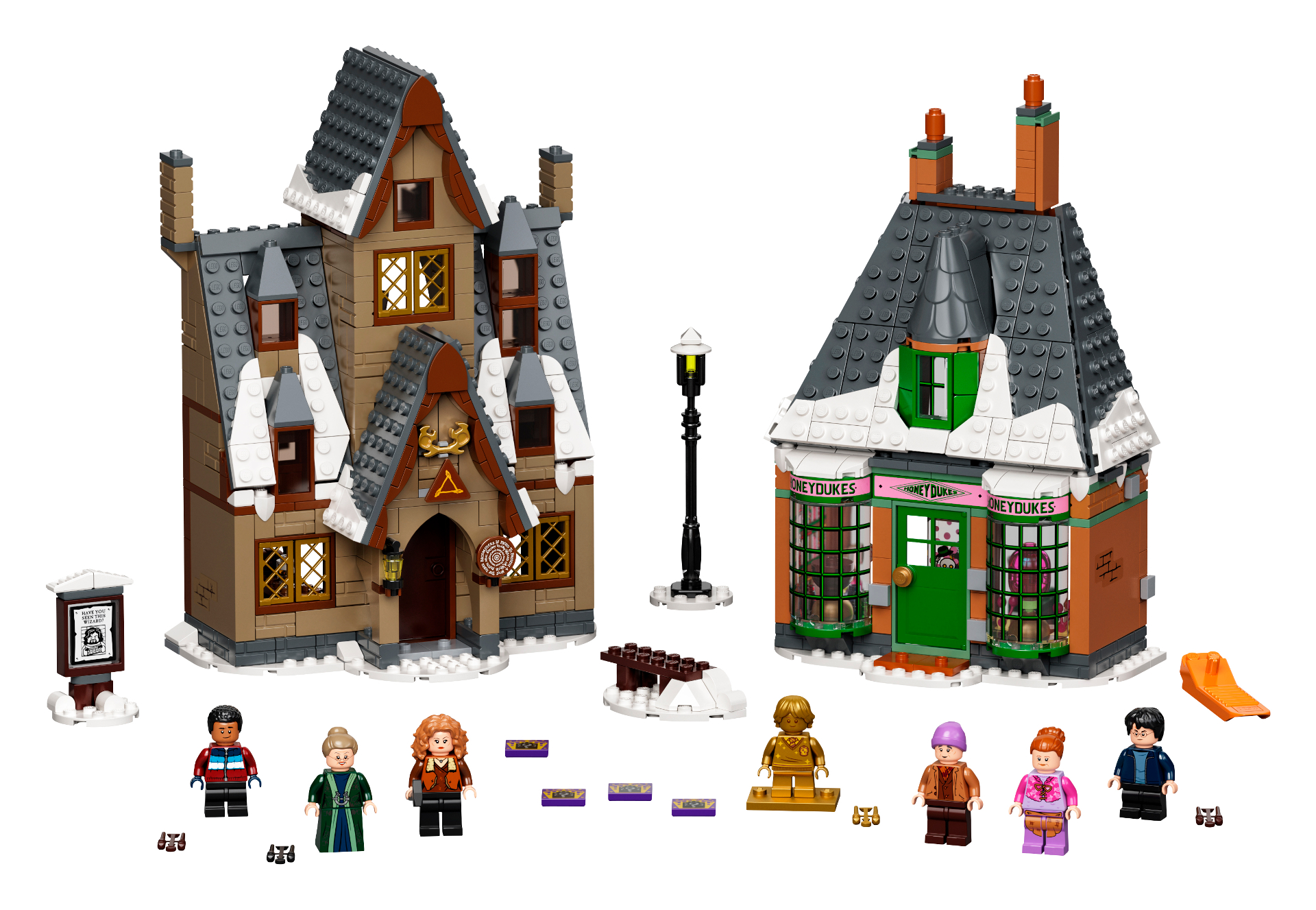 Take a trip to the snowy village of Hogsmeade to buy tongue-tingling acid pops from Honeydukes or order a refreshing Butterbeer at the Three Broomsticks. 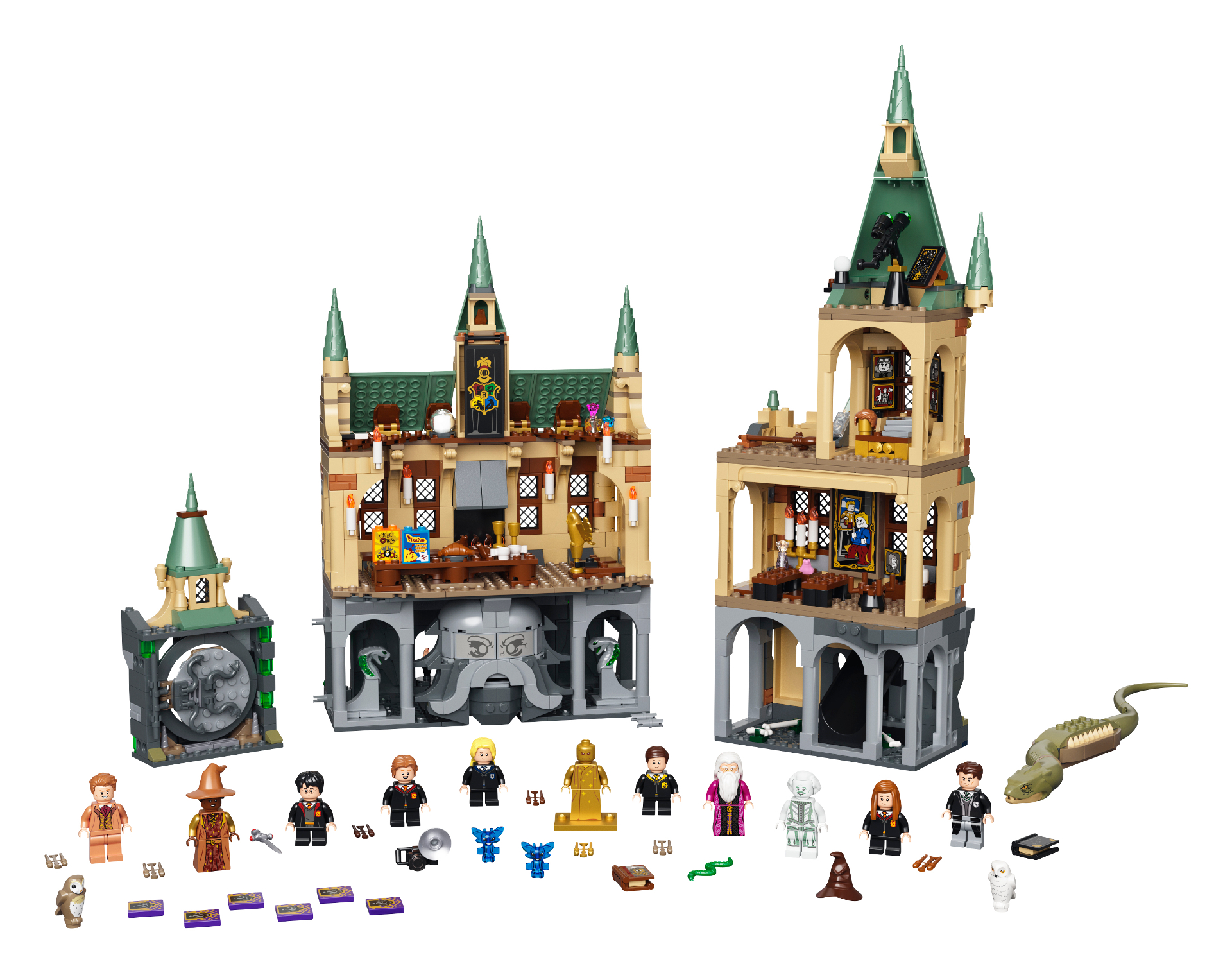 Budding builders can join the action in the Chamber of Secrets as Harry battles against Tom Riddle and the Giant Basilisk. 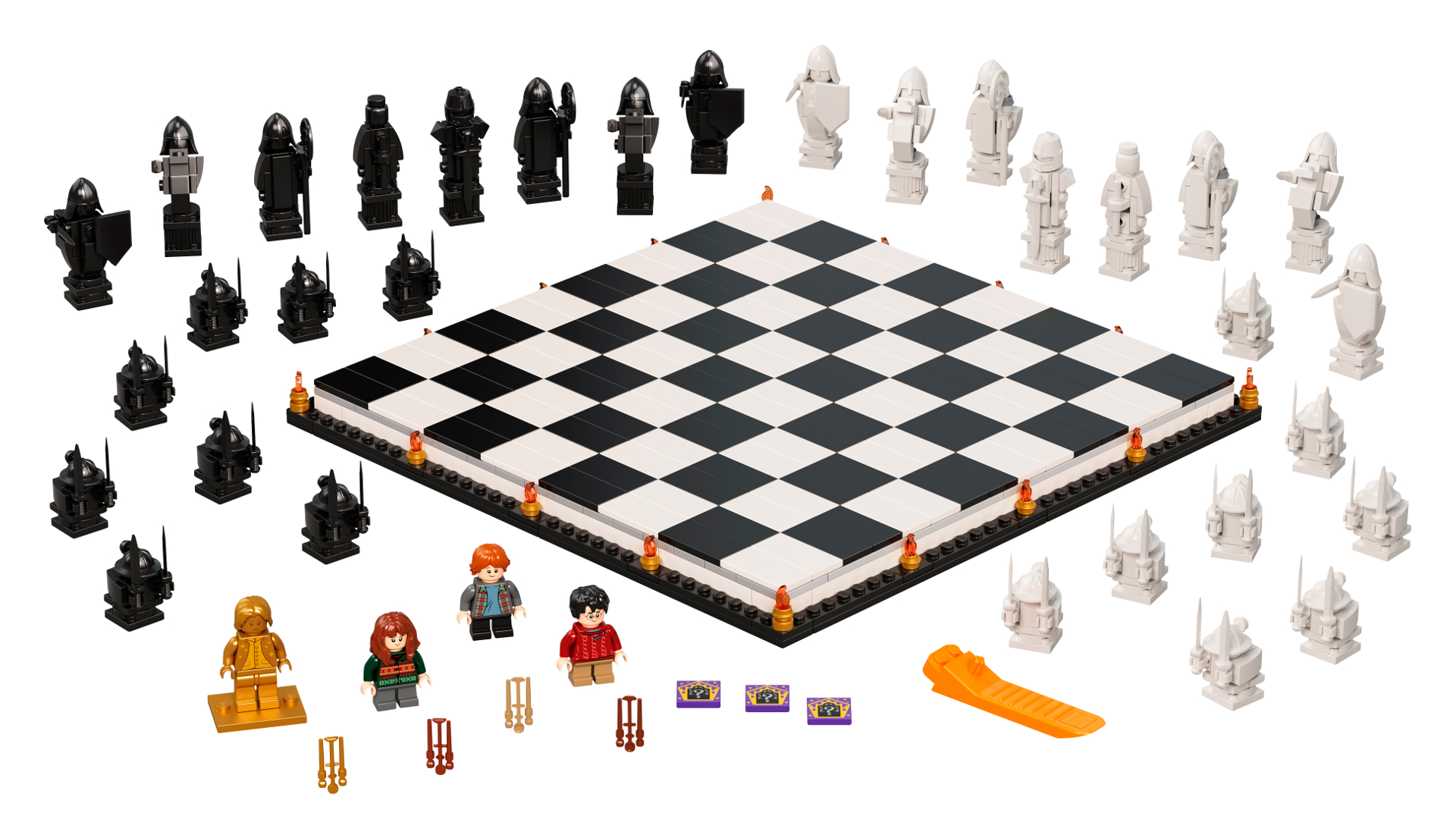 LEGO fans can try their hand at the magical game to save the Philosopher’s Stone before using the pieces again and again to master the art of Muggle chess. Available from LEGO.com and LEGO Stores globally. 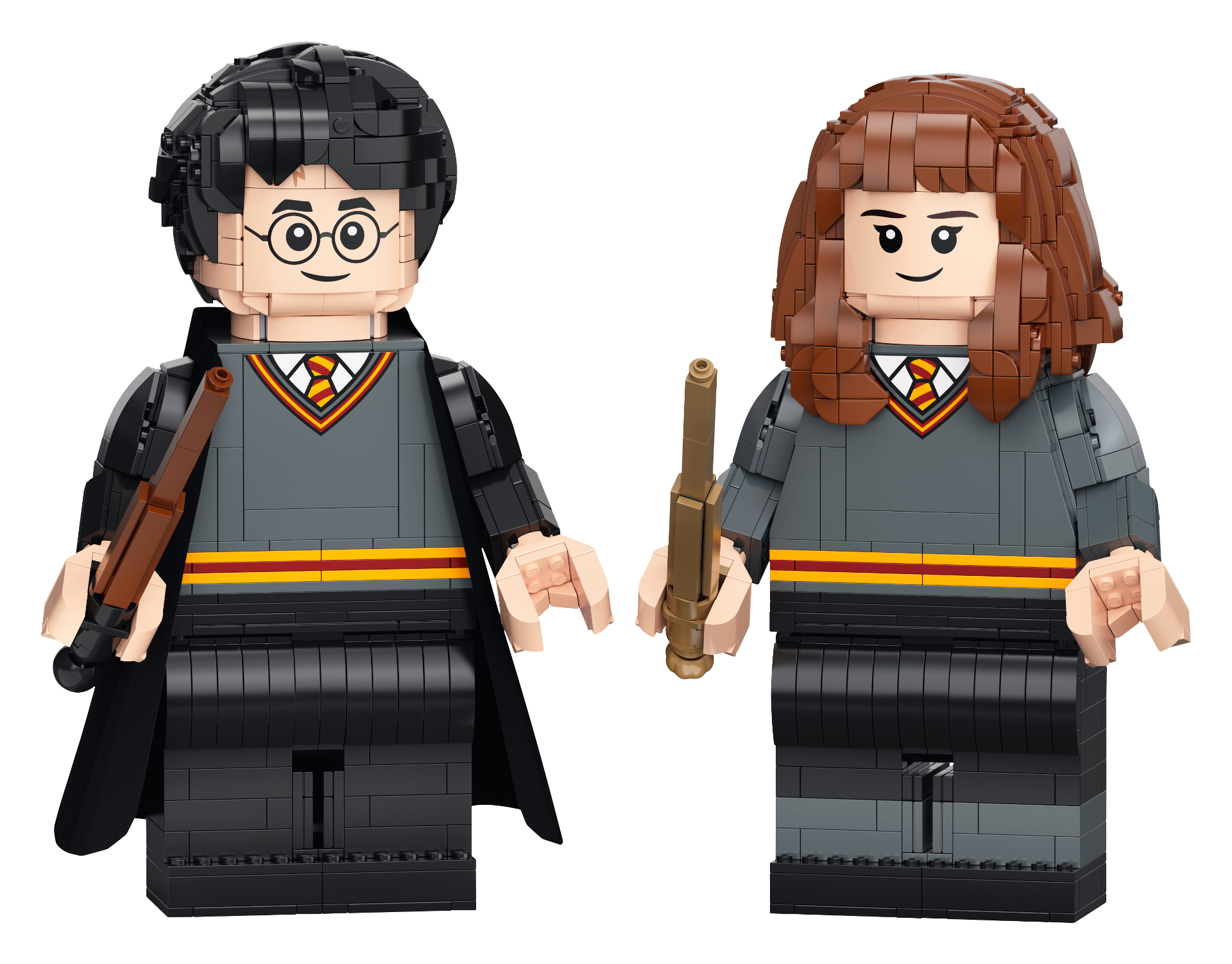 Children can maximize the magical fun with these 10 in. (26 cm) tall brick-built Harry Potter and Hermione Granger™ models as they recreate some of their favourite storylines from the films. Available from LEGO.com and LEGO Stores globally. 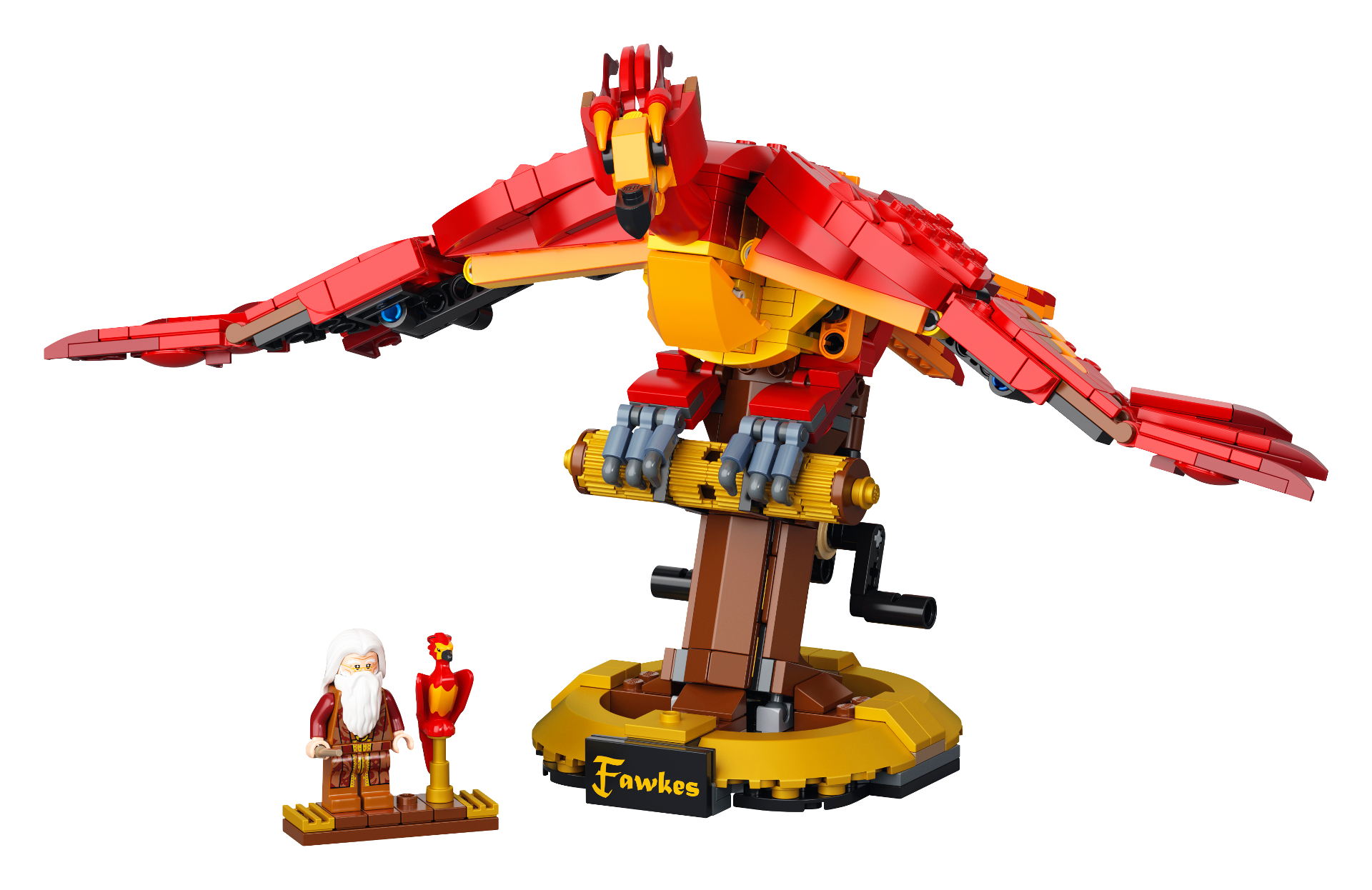 LEGO fans can capture the magical personality and graceful flight of Fawkes, the intelligent Phoenix from the Harry Potter films. Available from LEGO.com and LEGO Stores globally. 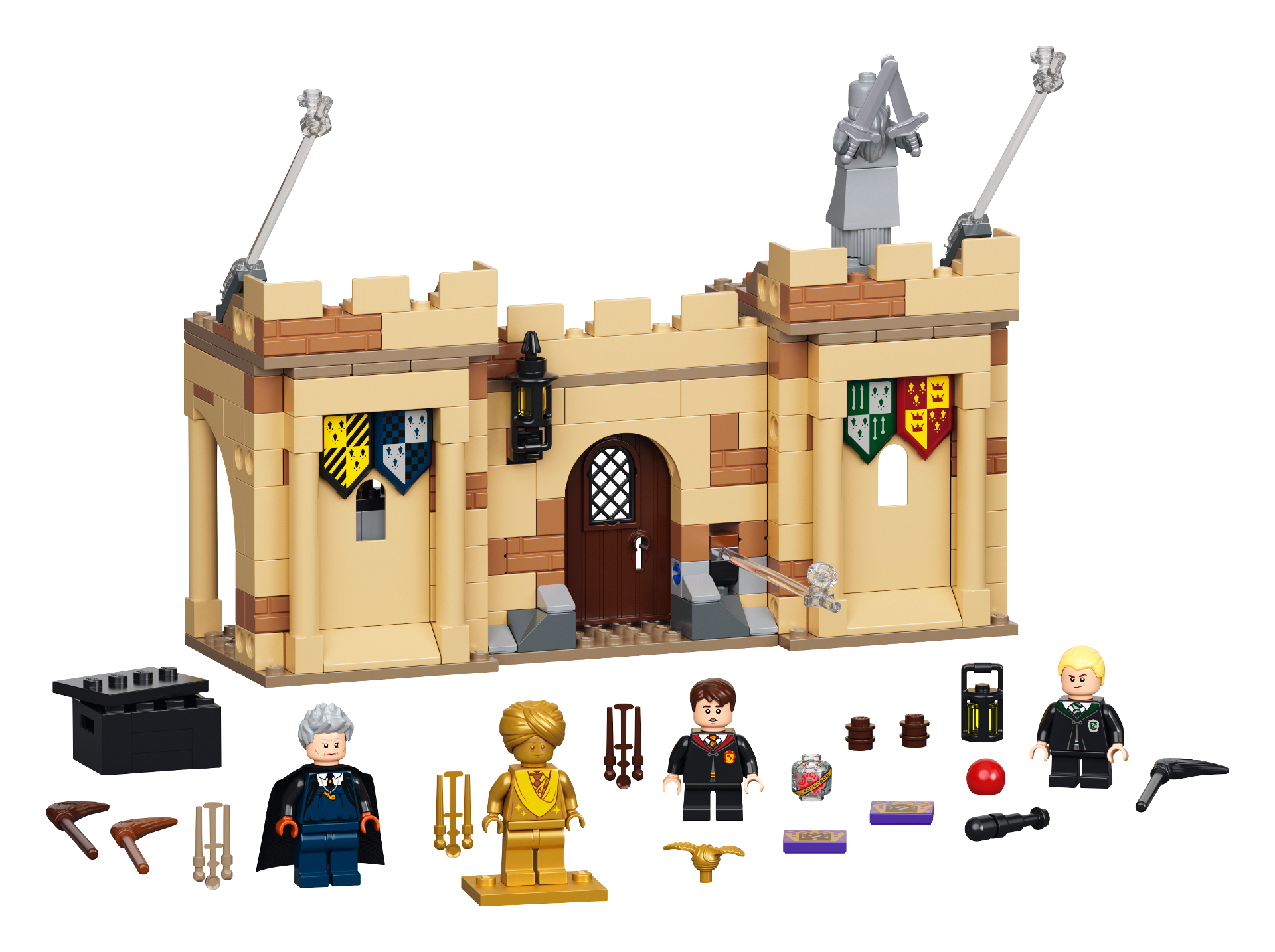 Builders can grab a broomstick and take part in a flying class with Madam Hooch, mounting a broom and shooting off on a wild ride around the Hogwarts rooftops. Available from LEGO.com and LEGO Stores globally. 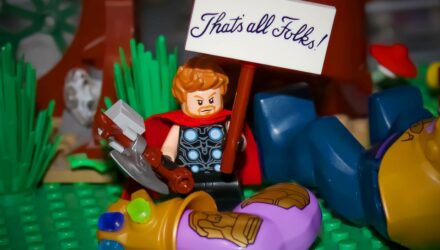 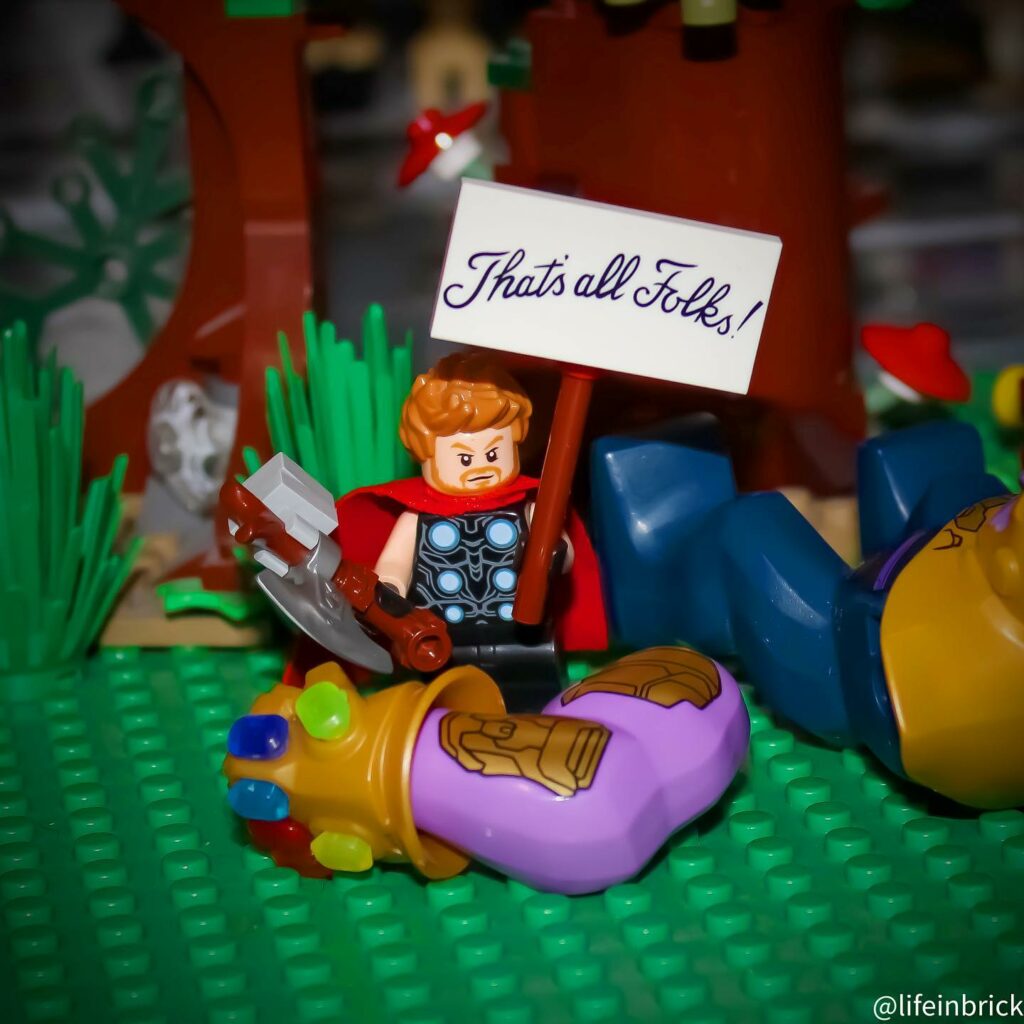