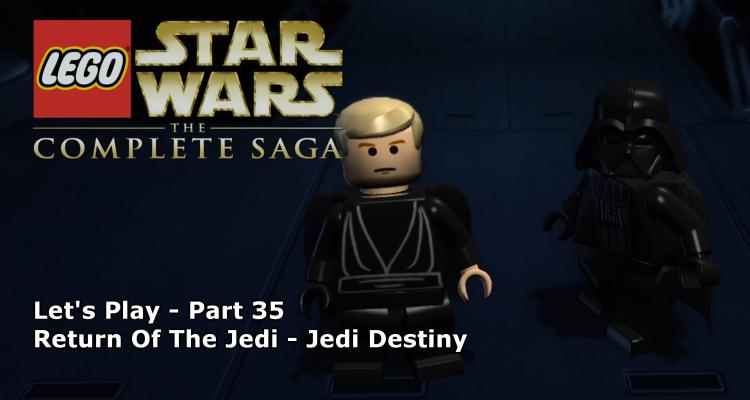 As we reach the penultimate episode in this epic 36 part Let’s Play, Luke gives himself up to the Empire in order to protect his friends on Endor. Taken to the Death Star by his father to meet the Emperor, Vader has a sudden shift to the light side of the Force when he sees Luke in pain.

Now together, the Skywalker men must end this war for good and take down the final Sith in the galaxy. Together they must stop the crazed Emperor before he can fire his very operational Death Star on the forest moon below…

In order to make the level two-player, TT Games and LEGO have altered the movie storyline slightly so we get far more time with Vader and Luke working together. Nothing is lost in translation, however, and there’s still a very epic ending ahead.