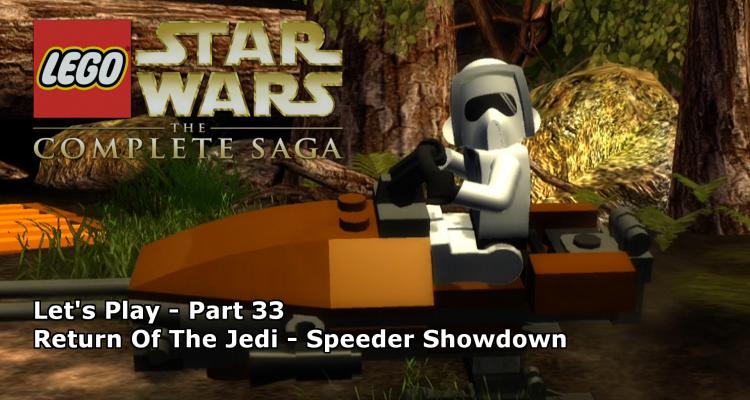 Having rescued Han and escaped the clutches of Jabba the Hutt, the gang rejoin the rebellion and learn that the Empire has another Death Star under construction.

This time, however, the Emporer himself will be overseeing the final stages before the base is operational. Now is the perfect time to take down the Empire once and for all.

Using a stolen ship, Luke and the gang sneak past the Empire’s security and head down to the forest moon of Endor where they must take down the Death Star’s shield generator.

As Luke and Leia find themselves separated from the rest of the team, they steal a couple of speeders to chase down the stormtroopers that have been alerted to their whereabouts. Can the twins survive the speeder showdown? Let’s find out…