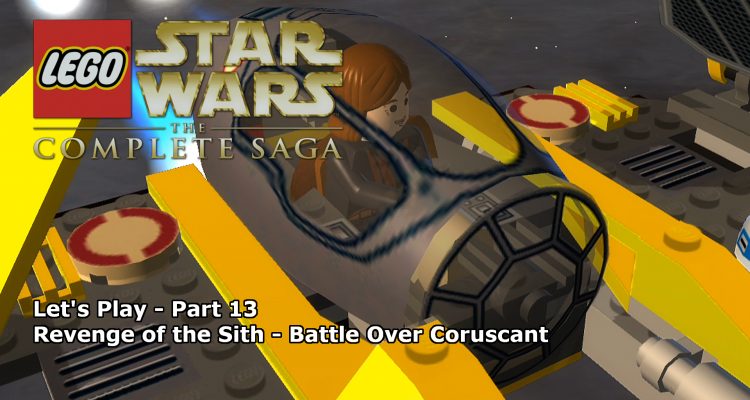 Episode 2 left us in tatters, Dooku escaped, Anakin lost a hand, the Jedi were on the verge of galaxy-wide war, it wasn’t looking good.

Part 13 of our Let’s Play and we’ve reached the final movie in the prequel trilogy, Revenge of the Sith. With the war between the Republic and the Separatists now in full swing, Obi-Wan and Anakin find themselves on the front lines during an epic space battle over the Republic’s capital, Coruscant…

Part 13: Episode Three: Revenge Of The Sith – Battle Over Coruscant