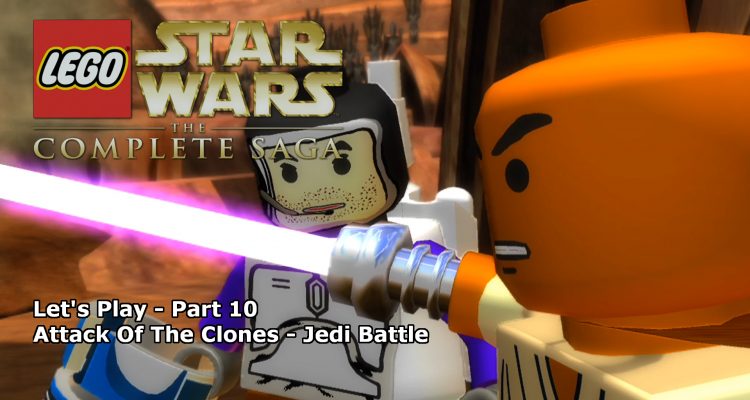 Part ten sees the Jedi in serious trouble. Anakin’s rescue attempt has failed, Obi-Wan’s capture used as a successful trap (It’s A Trap!) and now the two Jedi and Padme find themselves in a battle arena against wave after wave of droids.

As the situation becomes more and more dire, who will save them? Mace Windu is on the case. Along with a couple of allies, Windu is able to free Obi-Wan and Skywalker so that they can fight back. But will it be enough?