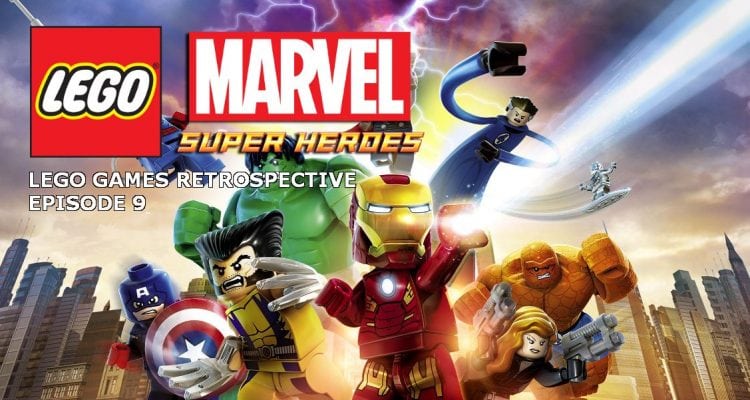 In 2013, three of the greatest things ever invented by man were united for the first time, LEGO, Video games, and Marvel. After so many years with comic book rival DC at the forefront of all things LEGO, Marvel was finally muscling in and with movie tie-in and comic-inspired sets growing in popularity exponentially, the time was right to take Marvel’s super heroes on a bricked-up virtual adventure.

Surprisingly, however, LEGO Marvel Super Heroes didn’t take the easy route of recreating a story from the wealth of movie source material available, I mean, in 2013 the MCU was well established, being halfway through phase 2 and having already taken billions of dollars at the box office, there was plenty of ready-made stories already there. LEGO instead went with something more original, a unique story that would see a huge catalogue of characters, some styled on the movies, others taken straight from the pages of the comics.

HONEY! WHHHHEEERRREEE IS MY SUPERSUIT! LEGO Games Retrospective, looking back over the last decade and a bit of TT Games’ LEGO partnership, from the emergence of LEGO

With the entertainment world on hold for the foreseeable,

MUST GO FAST! LEGO Games Retrospective, looking back over