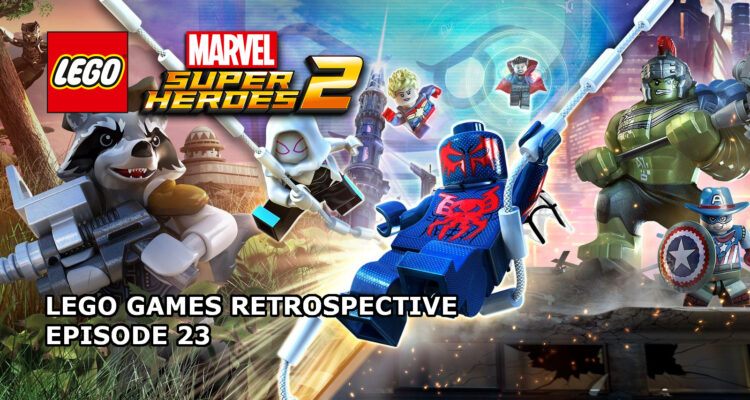 It seems only fitting that the game bringing back this series after so long is also the first game I ever featured on the YouTube channel, Marvel’s third entry into the LEGO franchise, LEGO Marvel Superheroes 2.

Released in 2017 and featuring an epic comic book story which spans both space and time, LEGO Marvel 2 sees Kang the Conqueror on the rampage, stealing civilizations from planets across history and transporting them to his very own World of Worlds, Chronopolis. After witnessing Kang’s attack on Xandar, the Guardians of the Galaxy arrive on Earth only to be transported, along with modern-day Manhattan, to the mysterious planet out of time.

Now, the Guardians, along with the Avengers, the Defenders, the Inhumans and a multiverse of other Marvel superheroes, must team up to navigate Chronopolis, take down the worst villains the galaxy can throw at them, stop Kang, and return everyone to their proper place in the space-time continuum.

Overall, four years later and this is still an amazing game to play and it’s very clear that LEGO DC Supervillains owes a lot to LEGO Marvel Superheroes 2 in terms of near perfect mechanics, a large diverse open-world and the confidence to go completely mental with comic book source material and make something truly great.

LEGO Marvel Superheroes 2 is a shining example of how good TT Games can be at their best and how a truly engrossing comic book story can elevate a game beyond it’s peers.

If you’re a massive Marvel fanboy or fangirl, you’ll love the Easter eggs. If you’re a casual Marvel fan, prepare to learn A LOT about the comics. Either way there’s a lot of enjoyment for all to be had.