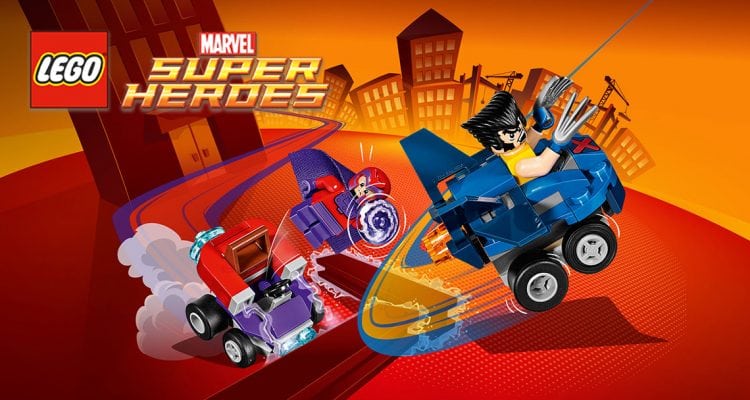 Their movie universe has been around for 17 years now, their comics four times longer than that, they dominated mid-90s kids TV, but in LEGO form the X-Men haven’t seen much action over the last few years, taking a back seat to multiple Avengers sets. Returning now as part of the LEGO super heroes sub-theme, the Mighty Micros, the X-Men need their best and most popular characters out there battling.

For those not in the know, the Mighty Micros are a pocket-money priced range of sets which pits one hero against one villain and gives each of them a character-specific vehicle to do battle in. This year’s wave has already seen current Avengers movie favourites Iron Man and Spider-Man do battle and now, filling in the hero spot for the X-Men is none other than Wolverine, taking on the best of the mutant bad guys, Magneto.

X-Men is one of the few specific comic books where there are quite literally hundreds of popular characters to choose from, the mutant roster is filled to the brim, but LEGO has decided to play it safe and go for the two most well-known characters who feature prominently in both the movies and in print.

So, how will the man with the metal skeleton cope again the magnetic personality of Magneto? Let’s take a look. 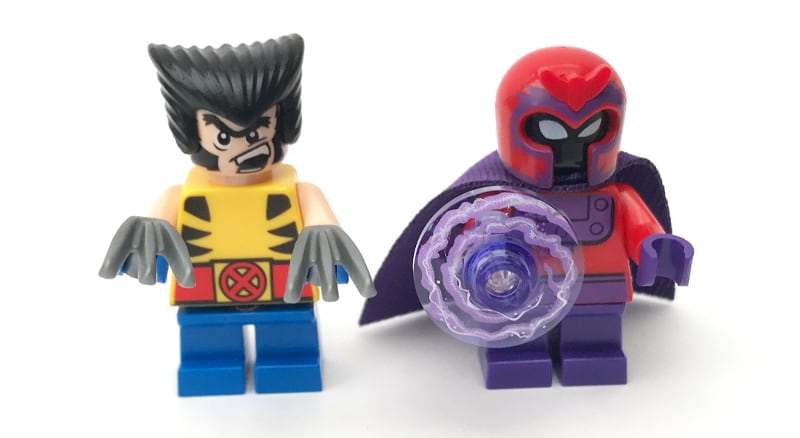 It’s Mighty Micros so the minifigures have been simplified, shortened and given a slightly more comic look, all staples of the range. Interestingly, this actually works well for our clawed hero, who in reality should be a small character anyway – Hugh Jackman may be over 6ft and ripped, but Wolverine of comic books old was anything but.

While it’s the look we’ve been waiting nearly two decades to see in the movies, something isn’t quite right about this comic adaptation, the legs are the wrong colour. The figure has been given blue legs, more than likely to add a contrast against the yellow outfit, but by all rights, he should have half blue, half yellow legs to match the comic book outfit. Not saying there’s anything wrong with this look, I like it, but just pointing out the difference.

The upper body is a little more accurate, though a simplified version. The sleeveless top, recreated using skin coloured arms, is predominantly yellow with an oversized belt featuring the X-Men insignia. Above this, the black animalistic markings from the source material are dominant.

I’m a little disappointed by the face if I’m being honest. While the template for the Mighty Micros is fun and a little silly, the designs of characters like Superman and Iron Man didn’t need to go too over the top to still look the part. The strangely angled facial expression which Logan is wearing here is a little bit over the top. More than made up for though with the printed sideburns and the perfectly accurate hairpiece. Completing the look, the figure comes with claw pieces which clip into the hands, the same pieces used on the mainstream version of the character.

Mighty Micros Magneto (say that three times fast) looks amazing, definitely up there with the best of what this range has to offer. Being heavily accessorised does not hurt his transition to micro as both his cape and helmet have been brought along.

The body is made up of two colours, red and purple, exactly what you’d expect from a decent comic book inspired recreation. There’s not a great deal of detail on the torso, but that doesn’t mean that the character is totally spartan, thanks to the aforementioned cape and helmet.

Unlike the Iron Man of this range, the helmet hasn’t had the simplification process hit it too hard and we are instead happily given a fairly decent representation that wouldn’t look entirely out of place of the mainstream version of Magneto. Under the helmet is a rather distinct head, which has a featureless black face with just eyes on one side, and the old man look on the other, complete with grey brow and wrinkles.

Micros Magneto’s choice of weapon is a translucent shield, featuring a representation of his magnetic abilities. It’s a fantastic little extra in its own right. 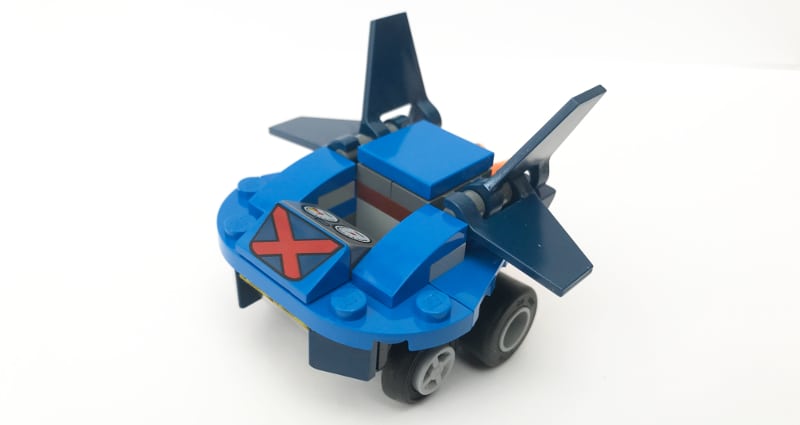 Definitely the better of the two vehicle designs, and maybe one of the best in the collection, Wolverine’s vehicle is a jet, not all that far away from the design of the X-Men’s famous jet which features in both movies and print.

There’s something about this craft that I just love, the four fins on the back, the last thing you add to the build, are what sets this apart adding a sort of bulkiness to it. The front of the vehicle comes complete with a branded piece which includes the X-Men emblem, though other than that, there isn’t a great deal of detail, it’s more the striking two-tone blue and wider body which make this jet look awesome.

I’m not entirely sure what to say about Magneto’s vehicle, on the one hand, this is designed for younger fans and so the vehicles can be a little less serious, but on the other hand, it’s a little tragic that they went with a giant magnet car – It’s the kind of thing you’d expect to see Magneto driving if he was a bad guy on some 1960s TV Show. That all said, it still looks rather good.

The large magnet is the predominant feature on the vehicle, constructed cleverly with a number of small standard LEGO elements. Backing up the large red structure is a purple body work with simplistic headlights on the front. If you didn’t know this was Magneto’s, you’d figure it out fairly quickly given the colour scheme, if not the huge magnet. 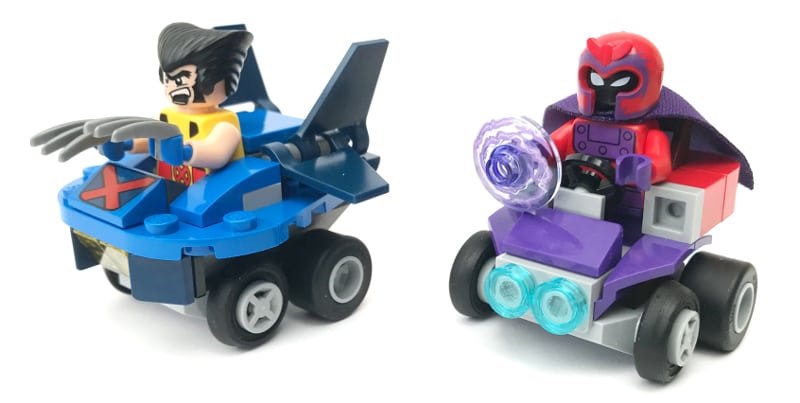 Overall, the Mighty Micros Wolverine vs. Magneto set is a great addition to the range, one which I hope will encourage LEGO to release more X-Men specific sets, fans need them.

A few minor issues with Wolverine do very little to deter from how great his figure and jet combination are. A near perfect Magneto, with a slightly cheesy magnet-mobile, complete a great little addition for anyone’s collection.

Playing it safe on X-Men characters will surely pay off as not only will the movie fans enjoy this, but so will the long-time comic fans.

X-Men’s introduction in the Mighty Micros turns out to be one of the best sets. Despite a few minor niggles, Wolverine’s figure and jet combination are superb. Similarly, Magneto’s figure is perfect, while his vehicle is a little of the cheesy side. Overall a great addition to the range.