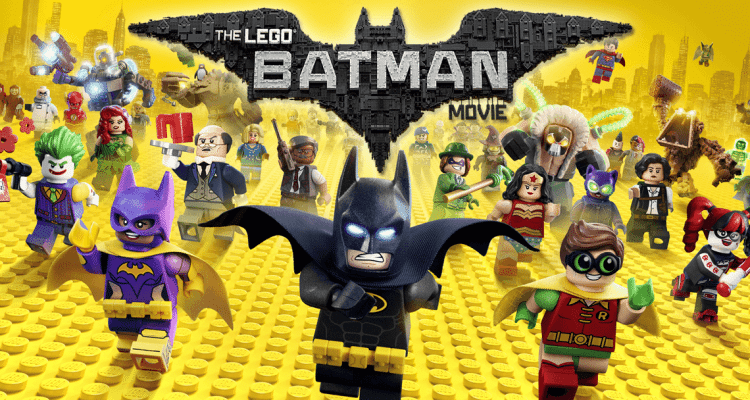 Following his star turn in The LEGO Movie, Batman returns to Gotham and his own mythology to take down the (very large amount of) usual enemies, before a change in police power takes Bruce Wayne and his crime-fighting alter-ego down a new path of self-discovery and a newfound – though grudging – reliance on others.

After filling in on The LEGO Movie for directors Chris Miller and Phil Lord when they were busy with other activities, Chris McKay steps into the hotseat for the spinoff from the hugely-popular tale of Emmet and Wyldstyle. Will Arnett stole the show on that occasion as Gotham’s Dark Knight, delivering a performance that many went as far as to proclaim was up there with the likes of Bale and Keaton as big-screen Batmans. Now given his own platform to build on that, The LEGO Batman Movie leaves The LEGO Movie behind and deals solely with Batman, Gotham and his own list of characters, both friend and foe. And it is a huge list.

A non-stop opening highlights the enlarged cast list, including some that only the absolute die-hard Bat-fans will have heard of, and as our hero himself says, they probably are worth a Google search. Once the introductions are over and done with, we get down to the story which, for the sake of spoilers, I of course won’t go into with full detail. Suffice it to say, it’s an approach to The Dark Knight that has never fully been explored, only previously hinted at by other directors. Arnett revels in the focus put upon Batman here, taking his LEGO Movie performance and amplifying it by some margin; he finds the perfect blend of playing the whole thing for laughs – the voiceover during the opening credits is deliciously self-aware and tongue-in-cheek – and when the moment requires, bringing things down to a rare serious level. 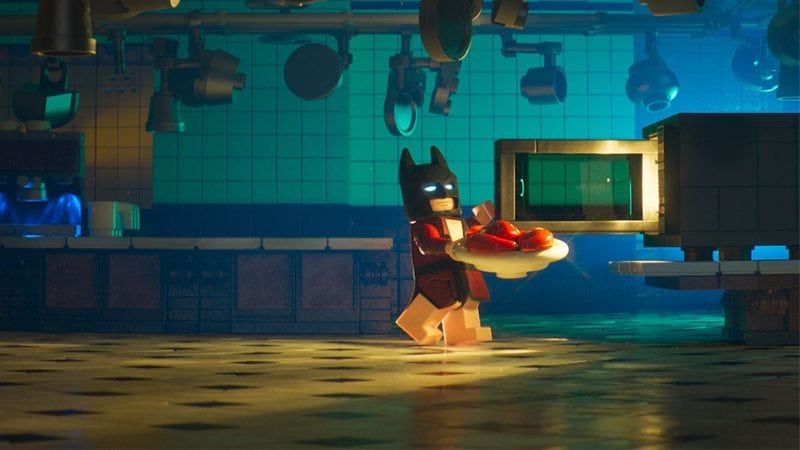 For this isn’t just a non-stop joke-a-thon. The humour delivery is, at times, astounding and while not all the jokes land, it isn’t very long until the next one comes and makes up for it. What is very impressive, however, is how McKay manages to naturally work in a serious angle while not sacrificing the humour and fun that we would come to expect from a LEGO movie. At times, the ‘together’ message and Bats’ constant refusal to commit to it does become a little grating, but it’s a minor complaint and is more than compensated by the great combination of humour, excellent visual effects and strong voice work. As stated before, Arnett excels in the lead, and is ably assisted by a strong and superb cast. Michal Cera is almost the perfect casting as Dick Grayson/Robin, bringing a natural, naïve innocence to the character. The Arrested Development reunion of Cera and Arnett is also appreciated. Ralph Fiennes and Rosario Dawson round out the main good guy group, and both are solid. Fiennes is suitably well-cast as Alfred, and joins Gotham’s Sean Pertwee as good suggestions that maybe Michael Caine was not the quintessential Mr Pennyworth.

Regrettably, the one downside of the cast is, surprisingly, The Joker. Galifianakis has shown before that he can be funny, yet here he just doesn’t seem to deliver Joker’s lines with the kind of humour he has shown before. In scenes between Bats and his mortal enemy, it just falls a little flat and doesn’t quite maintain the gravitas that the script aims for at times. Elsewhere, Billy Dee Williams feels wasted as Two-Face, especially with the potential there to riff off Williams’ intended-but-didn’t-happen appearance as the character in Batman Returns. Jenny Slate gets some good screen time as Harley Quinn, and offers a different take on the role Margot Robbie memorably stamped her take on in last year’s Suicide Squad. 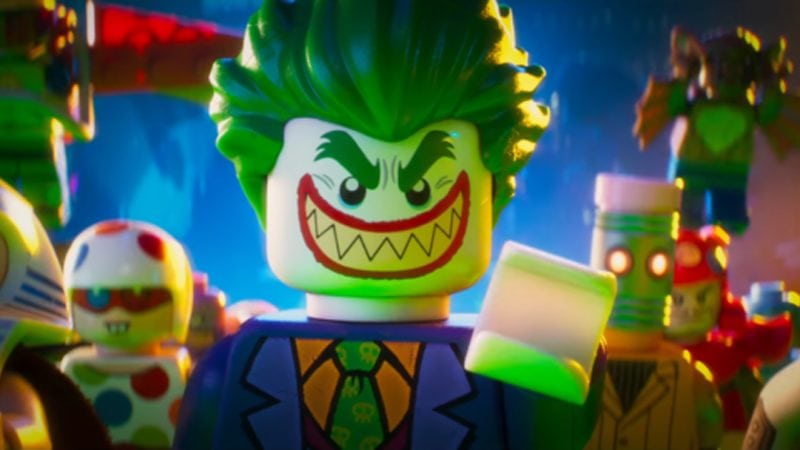 Aside from the non-stop jokes, both verbal and visual, this movie contains a virtual smorgasboard of Batman in-jokes and Easter eggs. Batman’s past and present are honoured, ragged on or a combination of both, with one particularly effective scene that pays tribute to the version that started it all in the 1960s. And it isn’t just the Bat-vault that gets explored, as Warner Bros.’ other franchises get a look-in as well, with the good use of multiple other non-Batman characters.

All in all, what McKay has done is make a Batman movie that gives us a funny, genuinely enthralling main character, with a serious, meaningful undertone that is happy to inject a wealth of humour at will. While Zack Snyder – and others – are currently struggling with Bats and the DC Universe as a whole, there are no such problems here. We have seen a fair amount of Affleck’s Batman over the last year, The LEGO Batman Movie offers us a Dark Knight that doesn’t feel like he could be over-saturated anytime soon and we would be happy to have kept around.

LEGO are no strangers to movies, what with a growing catalogue of straight-to-DVD releases, but now with The LEGO Movie and this – plus the Ninjago movie coming later this year –  they are rapidly proving adept at delivering good films; for this isn’t just a good LEGO feature, this is a damn good Batman movie. What’s more, after suffering through Dawn of Justice and Suicide Squad in the last year, it’s fair to say that it’s one we deserve.

This isn’t just a good LEGO outing, you can put this one up with the best Batman movies. Happily taking advantage of the freedom provided by animation, McKay has a whale of time mining the DC universe for known and unknown Batman characters, all of which contribute to a movie that greatly appeals to the young and old.