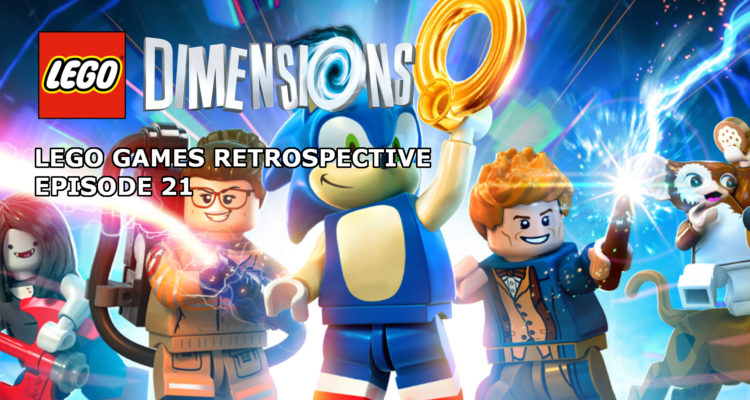 After the first year, TT Games upped the game a bit and released a major new patch which unlocked an entirely new area on the main Voltron level select area called the Shard. This new area opened up a load of new franchises that were joining the game over the coming year and so began the era of LEGO Dimensions year 2.

Now, I spent a lot of the previous video ranting about how unbelievable it was that TT Games managed to pull together the franchise clout that they did. I mean, Doctor Who, Scooby Doo, Jurassic World and The Simpsons all in one game, that was amazing…A dream come true.

But nothing, nothing compared me for what year 2 had on offer…it was EPIC!

Harry Potter, Sonic the Hedgehog, Adventure Time, Mission Impossible, Ghostbusters (2016), Fantastic Beasts, The A Team, Knightrider, Beetlejuice, The LEGO Batman Movie, Teen Titans, LEGO City Undercover, Gremlins, the Goonies, and even the Power-puff Girls, THAT’s one hell of a roster! In terms of franchises on offer, the year 2 update is mind blowing when you add it to the already incredible year 1 offerings. Plus if you’re a fan of the 1980’s, I mean, come on, the only thing missing here is Thundercats…

Overall, LEGO Dimensions had the potential to crash and burn after a majorly successful first year, and while a few of the new franchises feel like an afterthought and thrown in for good measure, the transition to LEGO was superb for a number of the more popular characters.

…seriously Sonic’s addition here is unbelievably brilliant in every way.