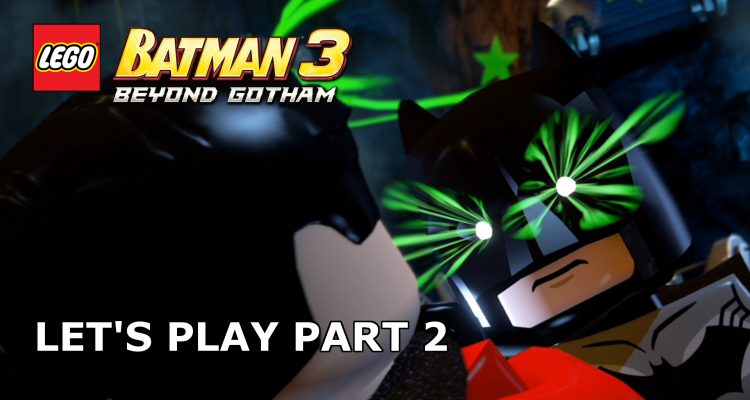 Brainiac has arrived! As Watchtower detects an unknown spaceship entering Earth’s orbit, Batman finds himself under the influence of a beam from space turning him against his allies.

Together, Robin and Alfred must safely take down the Dark Knight using all of the gadgets and vehicles available to them in the bat cave.

What will it take to snap Batman out of it? A whack to head, or a heart-felt speech by his young sidekick…

n October of 2014 an old friend returned, a staple of LEGO franchised themes, the very man that helped save the company from extinction so many years before…and he brought a few friends along with him. LEGO Batman 3: Beyond Gotham saw the return of the bricked knight in all his glory and he and his fellow Justice League members took the adventure out of Gotham and into the wider DC Universe.

After two very grounded stories centred in Gotham City, Batman’s third outing went all out, going intergalactic in the process. Really, in my opinion, however, this isn’t a LEGO Batman game at all. Back when I reviewed LEGO Batman 2 I said that that was my favourite LEGO Batman game because deep down this is a LEGO Justice League game and a brilliant one at that.