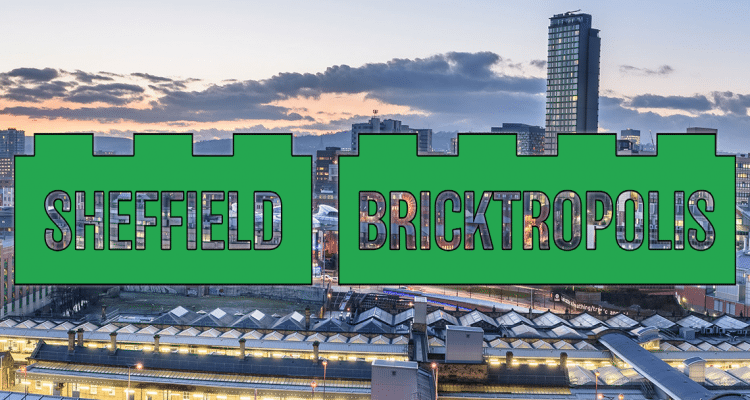 The city of Sheffield is to host a LEGO festival that will show off brick versions of the world’s famous landmarks.

Sheffield Bricktropolis will be on from August 4-17, and will feature 21 famous buildings built on the streets of Sheffield’s city centre – with one of those buildings being Sheffield’s City Hall.

The event will invite people of all ages to follow a trail across the city, using the Sheffield Bricktropolis trail map and app.

Duncan Titmarsh of Bright Bricks, the only accredited LEGO builder in the UK, specifically designed the models that will be on show. The model of Sheffield City Hall, meanwhile, will be custom-made and designed by expert Micheal LeCount.

Diane Jarvis, the manager of Sheffield BID, who organised the event, said;

“Sheffield Bricktropolis is an opportunity for Sheffield to come together and celebrate everyone’s favourite childhood bricks. From little ones to big kids, Sheffield Bricktropolis will have something for all fans of Lego. “We hope families take advantage of this free event and explore Sheffield city centre as they visit each world landmark on the trail, including Sheffield’s own City Hall. The Interactive Building Zone will transform an empty unit into a place for play, creativity and education. With workshops free for all, we hope to ignite imaginations across Sheffield.”

The event’s Interactive Building Zone will be running free workshops, and will allow kids from four and over the chance to design their own cities and buildings, as well as transport. Additionally, there will be the chance for children to create a moon base in space, while they can also build a garden from LEGO bricks.

Businesses in the city centre are also getting involved, putting together Bricks and Beer events, as well as LEGO-themed products and LEGO film screenings.

For anyone interested in attending, or just to see what will be happening during the festival, more information can be found at www.sheffieldbricktropolis.com.

There has been a critical error on this website.