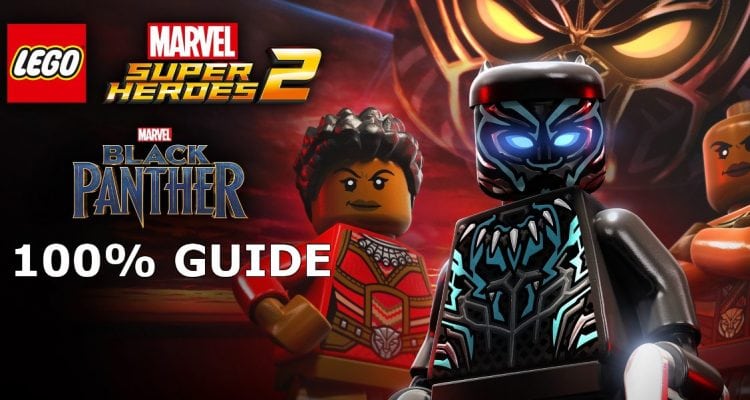 This video will guide you through the Black Panther level, Welcome to the Jungle, which features as part of a DLC for LEGO Marvel Super Heroes 2.

Minikit #1 (00:17):
As you reach the swamp at the beginning of the level where you must cross the spinning crocs, fly south and you will find the first minikit on a metal platform.

Minikit #2 (00:30):
After powering up the first part of the level, you’ll head down to ground-level on a floating monorail-style platform. On the way down you’ll hit a ledge, fly back up to this ledge once you’re on the group and the minikit is there waiting.

Minikit #3 (01:02):
Just below the ledge where you find minikit #2, there is a pile of rocks which can be manipulated with magic. Move the rocks to discover a dig site. Use a character such as Black Panther to dig up the contents, a magic rune panel. Complete to rune to reveal another dig site where the minikit can be found.

Minikit #4 (02:03):
Down in the swap area where you power up the second generator you can fly into the cavern area to find the minikit hovering above the green swap.

Stan Lee In Peril (02:19):
Next to where you power up the second generator, Stan can be found in a barrel in the slime-ridden water. Pull him in using the grapple hook next to him.

Minikit #5 (02:40):
As you head up the stairs to the third generator (next to the big purple gun), there is a path cut off by fire. Put out the fire to reveal bricks that can be built into a Captain America rebound panel. Use Cap’s shield to bounce through the revealed path and break the stone wall to reveal the minikit. Doing this will also release a drone.

Minikit #6 (04:01):
The drone released by completing the previous minikit needs to be shot down for this minikit. Use the large gun at your disposal.

Minikit #7 (04:11):
Once you’ve released the drill, don’t fix it. Instead, head down the path that it came from and you will find an Iron Fist dragon statue. Charge it for the minikit.

Minikit #8 (04:37):
On the same path as the previous minikit, head further into the cave and this minikit can be found right at the back behind some equipment.

Minikit #9 (00:45, 03:42, 06:21):
There are three stark ammunition crates to open to get this minikit. The first can be found on the ledge where you find minikit #2. The second can be found just behind the large purple gun. The third can be found in the furthest right corner of the map.

Minikit #10 (04:44):
There are four golden crocs scattered around the map, all fairly easy to spot. Simply destroy them with a laser beam for the minikit.