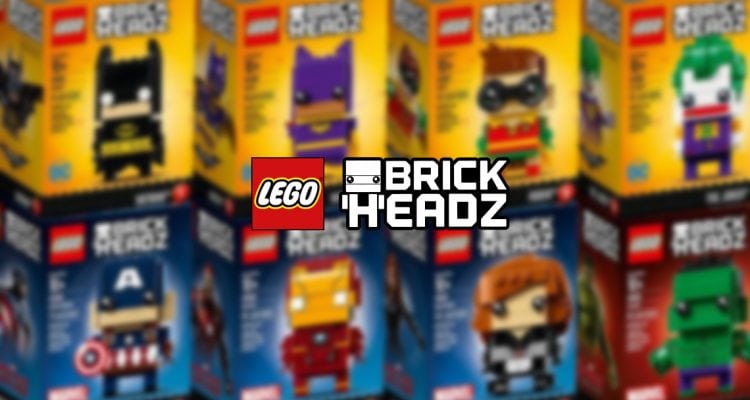 The LEGO BrickHeadz Are Here

With approximately 80+ pieces and standing over 2” tall, the first wave of releases sees LEGO utilising their established franchise partnerships and the popularity of recent big movie blockbusters. Pirates Of The Caribbean, Disney’s Beauty and the Beast, The Avengers and the LEGO Batman Movie have all seen the BrickHeadz treatment for this opening series and all come with their own buildable collector’s baseplate featuring series number and BrickHeadz icon.

Recreate The LEGO® Batman Movie with four of the most iconic DC characters from the film. Build everyone’s favourite DC Super Hero Batman™ (41585) – using colourful LEGO System bricks to recreate all of his iconic details, check out the Caped Crusader’s glow-in-the-dark eyes, utility belt and Batarang.

Build beautiful Belle (41595), as seen in the classic Disney animation Beauty and the Beast. This LEGO® BrickHeadz construction character comprises a flowing ponytail, ribbon and earrings. Attach the rose to Belle’s hand for true love to follow and team with Beast (41596) who comes complete with decorated waistcoat, thick mane and tiny horns!

LEGO Brickheadz are suitable for ages 10+, RRP £9.99 and are available right now. Head over to www.lego.com/brickheadz for more information.

“So how do we contact you if a crime