We are now just a little over two weeks from the release of series two of LEGO Dimensions. The highly successful toys-to-life video game set in the LEGO multiverse has seen wave after wave of expansions and turned some of the most popular franchises in pop culture into bricked form.

Now, with series two on the way Supergirl herself has joined the promotional ramp-up with a video introducing us to everyone’s favourite family-friendly alien from the 1980’s (well there was Alf), E.T.

The Spielberg creation will be making his bricked debut as part of LEGO Dimensions second year and the video provides us with a look at some of the gameplay you’ll be able to enjoy with E.T. at the helm. Supergirl is also available as a limited edition extra character in the PlayStation starter pack as part of the new series promotion.

LEGO Dimensions series two will follow the same format at the first series, releasing waves throughout the next 12 months, the first of which comes out on September 30. 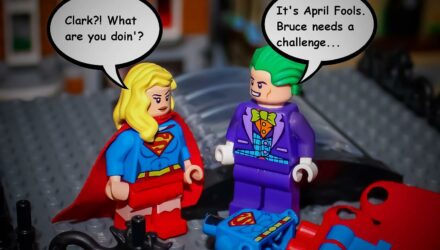 Yes, the glasses will fool most people who never