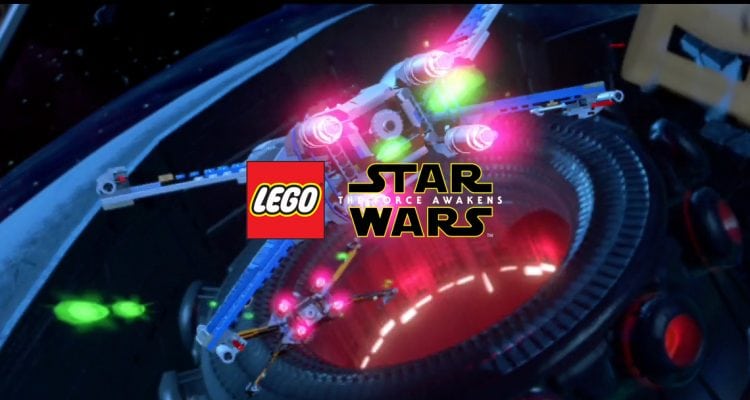 Minikit #1:
Once you start the level, turn your ship around to find a race point. Finish the race for the minikt.

Minikit #2:
As you head inside the Starkiller base, shoot the green lighted turrets. Shoot 5 for the minikit.

Minikit #3:
As you continue down the pipes of the base, you’ll come to a large fan like machine. As you’re flying through, stay to the left to retrieve the minikit.

Minikit #4:
Once in the main power core area which you continually fly around. There are three ports to destroy at different points on the wall. Destroy all three for the minikit.

Minikit #5:
At the beginning of the area where you fight Ren, change to the character on the raised ground and head left. There is a block of ice which you will need to melt with a flamethrower. Once you do it will reveal an Admiral Ackbar access point for the minikit.

Minikit #6:
When you reach a section with three trees in the background for the character not fighting Ren to pull down, the left one contains a minikit which will fall down the main battle to collect.

Minikit #7:
Just behind the tree there is an access panel. Once activated, you will assume a cover position and droids will start appearing in front of you. Shoot six for the minikit.

Minikit #8:
After Ren does a running and the ground splits open leaving you clinging on to the side of a wall, follow it right until you can get on a larger platform with a cracked wall. Use a large character to smash through and get the minikit.

Minikit #9:
There are three snow released builds to complete for this minikit. The first is at the beginning of the section with the final battle against Ren. The second is a little further along the same part of the level and the third is right near the end of the level.

Minikit #10:
On the platform with the cracked wall from minikit #8, head back the way you came, across the swinging poles. Then turn to the right of the screen and you should see a number of pillars you can jump across to reach the next minikit.

Red Brick:
Once you’ve climbed up to the top and built the final part of minikit #9, you will see just next to it there is a snowball which can be controlled by the Force. Use the force on the snowball to roll in along the ground and grow until it reaches a point on the far left where it is under the floating red brick and big enough for you to jump on and retrieve it.