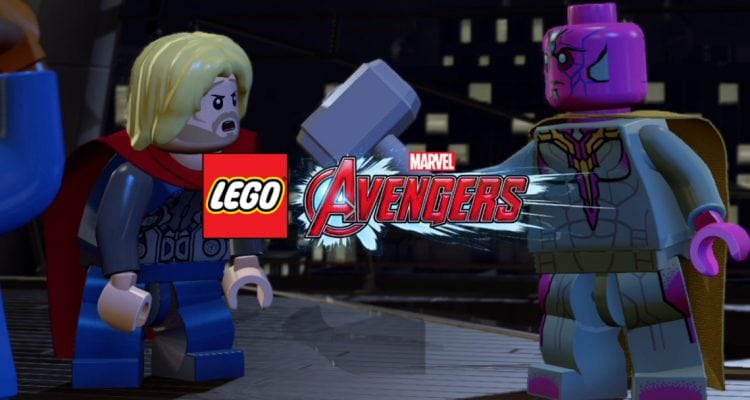 This video will guide you through LEGO Marvel’s Avengers. The guide will show you where to find all of the Minikits, Character Tokens, Stan Lee, and the Red Brick for this level.

Like most LEGO games, there are 10 minikits to be found on each level and the video will show you how to find them all.

Minikit #1 (00:21): Story Mode
Climb straight up from the start and you’ll find a Minikit under the first overhang.

Minikit #2 (00:45): Story Mode
Before dropping the second train, scan the side of the train from the ledge on the right. Shoot the target on the side and a Minikit will come tumbling out.

Minikit #3 (01:37): Free Play
Scan the area in front of the statue to reveal its silver and gold bits. Blow up the silver and melt the gold with a laser to earn a Minikit.

Minikit #4 (02:20): Free Play
Destroy the foot cart behind the statue and use its bricks to build a Speed Boost Pad. Put a speedy character like Quicksilver on the pad to dash off and collect a Minikit.

Character Token #2 (04:11): Story Mode
Destroy the planks leaning against the door. Walk into the room to find a Character Token.

Minikit #5 (04:23): Free Play
Use a strong character to punch through the cracked wall in the apartment. Switch to Thor and charge the Electricity Panel behind it and the Minikit will appear by the TV.

Minikit #6 (03:15/04:50): Story Mode
Use Scarlet Witch’s power to paint over five bits of Hydra graffiti. One is to the right of the statue in the opening area and another is behind the dumpsters in the second area. The third is on the inner wall of the lower level of the apartment building and the fourth is in the upstairs apartment on the right. The last one is in the street.

Minikit #7 (05:55): Free Play
Mind control the guy in the building on the right side of the street and make him pull the switch he’s standing next to. Send Vision through the vent in his room to reach the room where the Minikit is.

Minikit #8 (06:31): Free Play
Use a strong character to rip the doors off the van in the back of the area using the Green Strength Handles. Five birds will fly out of the van. Track them down and shoot them. One is on the telephone wires above the van. The second is on the balcony of the building on the right with the third directly under it on the fruit stand. The forth is in the bombed out apartment in the building on the left. The final one is one the other side of the apartment building near structure the rope is hanging from.

Red Brick (07:43): Free Play
The Collector waits for you near the start of the third area. He wants a Sokovian flag and there just so happens to be one right next to him. Scan the green van next to him and Green Strength Handles will appear. Have Hulk use them to wrench the back end of the van off and use the bricks inside to build a Speed Boost Pad. Have Quicksilver use the pad to grab the flag.

Minikit #9 (09:01): Story Mode
Use Captain America’s shield to put out the fire at the starting point to reveal a cracked panel. Smack it with Thor’s hammer to find a Minikit.

Stan Lee (09:19): Free Play
Use Hawkeye to shatter the glass on the right side of the train to release Stan Lee.

Character Token #2 (09:39): Free Play
Scan the left side of the train to reveal a Red Handle. Use Hawkeye to pull it and head inside the car to collect your Character Token.

Minikit #10 (10:10): Free Play
Scan the black truck to the right of the Avengers Initiative Pad to discover the side is gold. Use a laser to destroy the gold wall then switch to a character with telekinetic power to remove the blocks from within and break them. The parts of the Minikit fall at your feet. All you have to do is rebuild it!