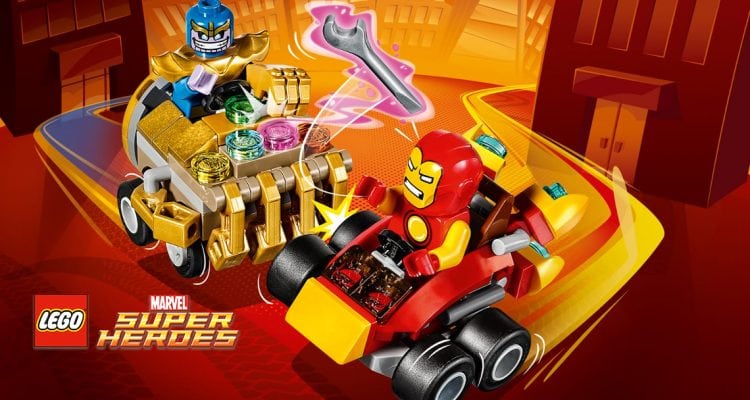 Last year LEGO launched a new line of LEGO Super Hero sets aimed at younger fans of both Marvel and DC Comics, the Mighty Micros. The sets have proven very popular and as we move into the new year a new wave of 2017 sets have been released.

On the Marvel side of things, Spider-Man, who actually appeared in one of last years micros set, is up against Scorpion, Iron Man takes on Thanos and the Infinity Gauntlet and the X-Men join the mighty micro fun as Wolverine takes on Magneto.

Here’s a look at the sets in a little more detail:

There’s a venomous fight taking place between Spider-Man and Scorpion. Whip the super villain’s car’s tail and sting against Spider-Man, or use the dual pincers to pull the super hero out of his car. Throw Spider-Man’s mini-spider to retaliate, but watch out for the flying mini-scorpion! The set includes two Mighty Micros vehicles and a Spider-Man and Scorpion minifigure with mini legs.

Race Iron Man’s super-fast car towards Thanos with the rear rocket thrusters and use the wrench to take his vehicle apart! Defeat Thanos before he uses the awesome power of his Infinity Gauntlet and becomes invincible in this action-packed showdown. The set comes complete with two Mighty Micros vehicles and an Iron Man and Thanos minifigure with mini legs.

The set are available now across the UK in all major LEGO outlets. For more information, head over to LEGO.COM/MarvelSuperheroes.