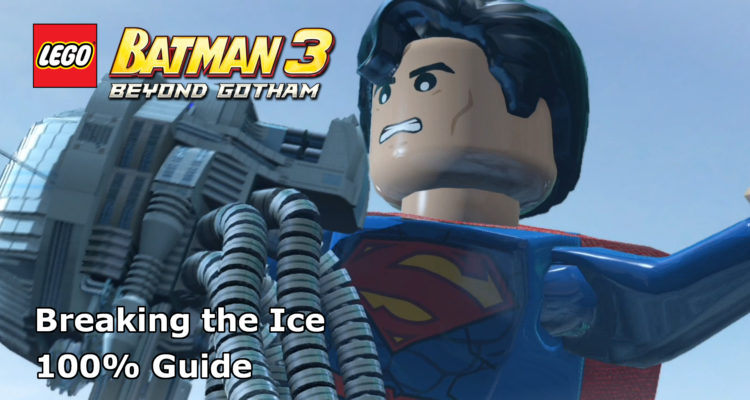 This guide will show you how to achieve 100% completion on LEGO Batman 3: Beyond Gotham Level 15, Breaking the Ice.

Minikit #1 (00:16):
During the battle against giant Superman, head to the front right of the area and melt the ice to reveal a Lantern point. Use the Lantern to carve away a rock and reveal a Plastic-Man vent. The minikit is on top of the vent.

Minikit #2 (01:02):
Head into the Plastic-Man vent and to a new secret area. Head north from the starting point and use the generator to power up the drone. Follow the drone for the minikit.

Minikit #3 (02:31):
In the middle you’ll see a Superman chest coloured box with a grappling hook on it. Pull it open to reveal a golden wall to destroy. Built the loose bricks released and then destroy your creation for the minikit.

Minikit #4 (03:26):
In the large middle section of the area, there is a lower level with a Robin drone point on it. Use the drone to enter a new area, activate the tech point and reveal the minikit.

Minikit #5 (04:16):
There are three super cows to ride back to their enclosure, which is over to the right of the central area and easy to spot. Find all three for the minikit.

Minikit #6 (05:56):
Head north to spot this large silver crystal to destroy. Build the loose pieces into a turnstile which can be used to raise a large glass cylinder. Finally, shatter the glass for the minikit.

Minikit #7 (06:32):
Fly up to the top of the pillar next to previous minikit and freeze the small pond. The minikit will appear once frozen.

Minikit #8 (08:14):
On the far right of the area is a dark cave. Charge up Robin’s light suit (there’s a charger on a high cliff directly to the left), then move through the cave to find the minikit.

Minikit #9 (08:31):
Above the dark cave, there is a large space shuttle capsule with a magnetic opening. Pull it open for the minikit.

Minikit #10 (08:54):
There are five glass statues spread out around the area to shatter for the minikit:

Adam West in Peril (01:53):
In the central section of the secret area, there’s what looks like a large class capsule with a model house in it – there’s a super cow on there as well. Destroy everything breakable around there and complete an enlargement machine which releases Adam.

Character Token #1 (02:58):
At the back of the area there is a tech terminal which will activate a puzzle. You need to construct a key to unlock a safe and release the token. Parts to select are as follows:

Character Token #2 (05:01):
Head right until you spot Bat-Mite, speak to him and then head directly south towards the front of the screen. There is a section security protected that you need to sneak past. It’s Superman’s bedroom. Use the investigation point to reveal a golden lock which you need to destroy for the item Mite wants. Grab it and head back to Bat-Mite for the token.

Character Token #3 (07:14):
In the far right of the area, there are some glass crystals that you need to shatter. Build the loose bricks into a disco ball and then power up the generator. Complete the basic shape puzzle and the token will then appear

Red Brick (06:50):
Head to the far right of the area to find the Plastic-Man point. Use it and he will destroy a nearby rock and reveal a grey brick which will turn red after being shot by a ray-gun. 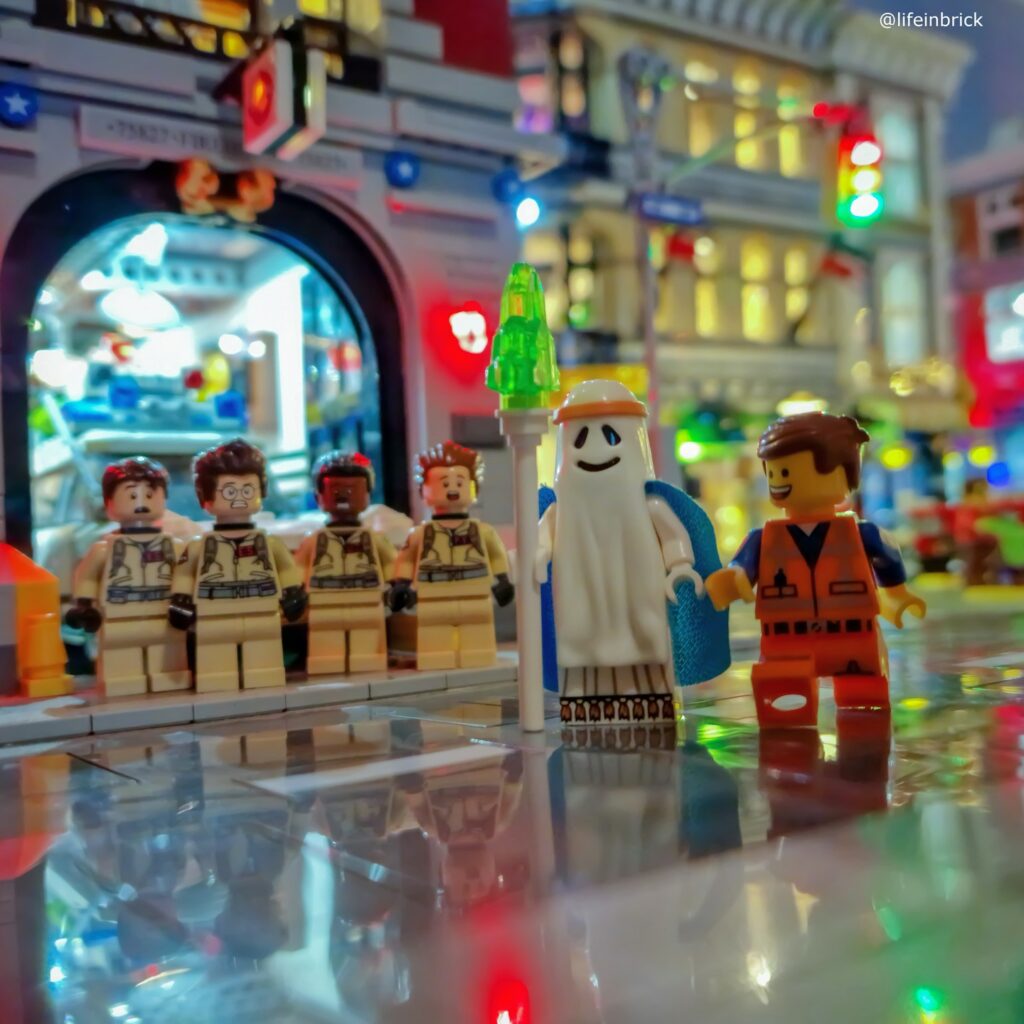