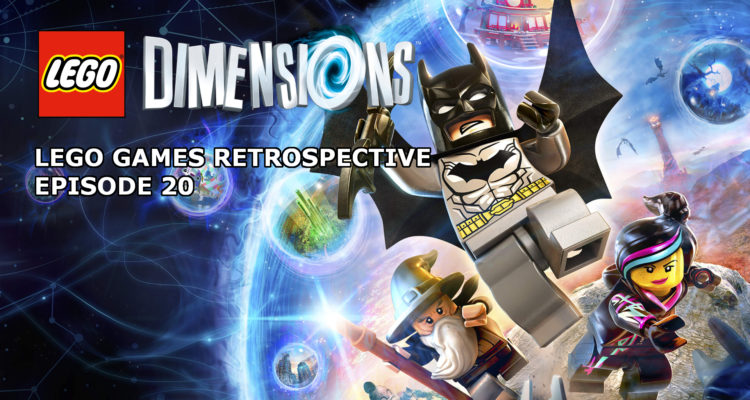 At this milestone, there is only game worthy that I’ve not already reviewed….and it’s a big one. So settle in people for the mind-blowing, franchise mashing, genre defining, behemoth that is TT Games’ crowning achievement, LEGO Dimensions. Given the size of this game, this will be the first two-parter of the series will this video focused solely on Year 1.

Skylanders did it well, Disney tried to copy it…but didn’t really succeed…Nintendo had (and still have) their amiibos, but then, in 2015, TT Games joined the Toys to life genre and the game changed…. Before LEGO hit the scene, the toys to life genre was a little bit dull outside of the game itself. You buy the figures, you plug them in, you play the game and that is about it as much interaction as you got, there wasn’t any real value, other than as a collectors item, added by the figures, it was literally just a gimmick.

TT Games changed all that, thanks to their relationship with arguably the biggest name in toys, bringing a mixture of physical builds and virtual adventures together in one amazing game. LEGO Dimensions tagline was “break the rules” and that’s exactly what it did.

Overall, LEGO Dimensions was and still remains, the best example of what the toys-to-games genre had the potential to be, I was genuinely sad the day TT Games announced that no more sets were being released for it.

The smorgasbord of licenced content is a true representation of just how powerful a brand LEGO really is and TT Games more than justified the trust that these companies put into this game.

My love for LEGO Dimensions comes not just from being a geek and loving most of these franchises, though that is a big part, but also as a parent and how LEGO and TT Games not only created an entertaining product but also one that is thought-provoking and sees kids actually playing with real toys in the process.