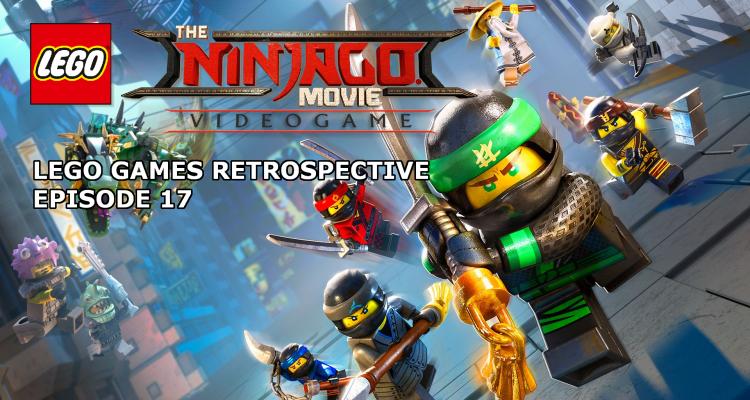 “To understand your future you must go back to your ninja roots.”

Released in 2017, The Lego Ninjago Movie follows the continued adventures of the Lloyd, Nya, Zane, Jay, Cole and Kai as they work as part of a secret ninja force protecting Ninjago from the evil Lord Garmadon, who just so happens to be Lloyd’s dad.

Following the return of Master Wu, the team learn of an Ultimate Weapon which can be used to destroy the evil Lord once and for all – which turns out to be a laser pointer which can call forth Meowthra, a live-action cat. Despite Wu warning the team never to use the weapon, Lloyd inadvertently seal the ninjas defeat by using Meowthra on Garmadon.

Luckily for Lloyd, there is an Ultimate, Ultimate weapon out there which can defeat Meowthra and save Ninjago City. And so begins a question to retrieve the weapon…

One of the great things about utilising LEGO’s own themes is that TT Games already have a head-start for environments, character and vehicle (In this case some AWESOME mechs) and with the movie thrown in as well, there was a lot of source material to work from to get this game right. Where the movie received very mixed reviews, however, the reception for the game was largely positive and with good reason. It’s a great game, it’s actually a high point in the continued evolution of TT Games, LEGO games.

Overall and I’m pleasantly surprised by this game. This is the first one of this series that I hadn’t played previously and playing it now for the first time has been a very enjoyable experience all round.

Every now and again TT Games take a big chance and try something new, some times these fail (Indy 2 is a perfect example), some times they succeed, and the LEGO Ninjago Video game definitely falls into that second category.

A wave of innovations is a risky thing for a 12 year old franchise to do, but one that has worked exceptionally well here. While the movie may not have blown fans away in the cinema, this game will certainly please Ninjago fans. As I said at the start of this video, however, I’m not an avid fan of the theme and so given how much I’ve enjoyed playing this game I’d urge even those who haven’t visited Ninjago City before to give it a try, you wont regret it.