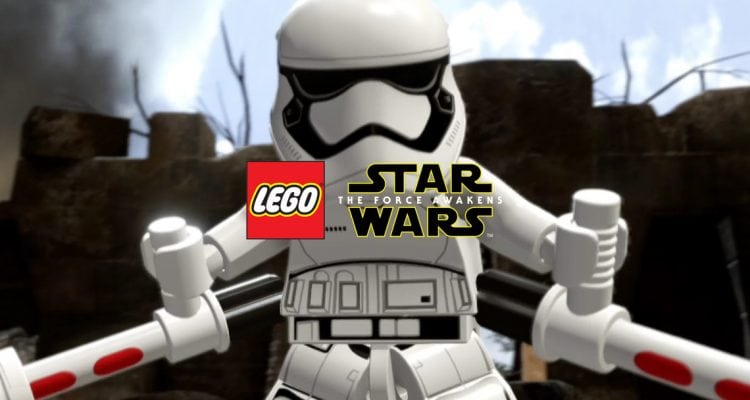 Minikit #1:
As soon as you start the level, you will see a big blast door behind you. You can use a Force user to break the lock and then a lightsaber to cut the door open for the minikit.

Minikit #2:
Follow the path left until you turn a corner into another corridor. As you turn, look to your left to find a door which again can be opened with the power of the Force. Head inside to reveal a bedroom. Destroy all of the furniture and use the bricks left behind to construct three BB8 panels through the multi-build, one left, one right and one in the middle. Once all of these have been activated the minikit will appear.

Minikit #3:
At the beginning of the outside area you will see an Admiral Ackbar access point. Dive in for the minikit.

Minikit #4:
Again, at the beginning of the outside area, head up to the top platform and before pushing the boulder down, follow the stairs up and kill the two stormtroopers. Next, use a character who can detect weaknesses on the stone on the corner of the wall. This will turn that stone to a silver brick which can be destroyed by a Chewie bomb and reveal the minikit.

Minikit #5:
Once you’ve completed the cover based battle, head back down the path which you followed. About half way back through the level you will notice a cracked wall which can be destroyed by a larger character and reveal the minikit.

Minikit #6:
Heading back the other way, you’ll see the side of a crashed TIE fighter on the left as you turn a corner. Use a Force user to remove the TIE wing and reveal an Admiral Ackbar access point which can be used to retrieve the minikit.

Minikit #7:
Just up from the last minikit you’ll see two grappling hooks side by side on a wall to the left. Pull these down and you’ll retrieve the minikit.

Minikit #8:
There are three statues lying on their side throughout the level. Simply use a Force user to stand them back up for the minikit.

Minikit #9:
Once you’re in the air flying an X-Wing, head down low near the water and shoot four stripey buoys for the minikit.

Once you’ve completed the first part of the flight-based fighting, a cut-scene will show part of the castle being destroyed and revealing the red brick. Simply fly into it to retrieve it.

Minikit #10:
The finale minikit required you to ignore your assigned targets and instead go after TIE fighters carrying pink missiles. Once you have a missile attached, head to the coastline in the distance and destroy one of the communication towers. There are three to destroy.