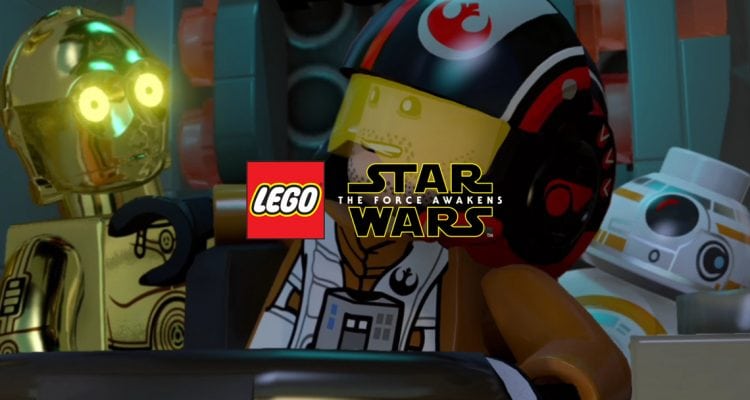 Minikit #1:
At the beginning of the level jump over to where the two grapple hooks are and turn left. In the ‘water’ there is a droid which a Force user can bring over to you to reveal the first minikit.

Minikit #2:
After the trash compactor has contracted and then expanded and you have the opportunity to bring up the bridge, head across it and destroy the large pile of trash to reveal an Admiral Ackbar access point. Dive in for the minikit.

Red Brick:
Once you are in the corridors of the ship, just behind the two stormtroopers and to the left, you will see two canisters which can be destroyed. This provides an entrance which takes you into what looks like Kylo Ren’s bedroom. Use a Force user to move everything in the room once and the red brick will appear.

Minikit #3:
There are three grapple hooks to pull down. One is right at the start of this section of the level, head to the far front of the corridor, away from the stormtroopers and it is on the left. The second is in the first room you come to moving through the level, over to the left in an alcove. The third is just after you unlock the blast door.

Minikit #4:
During the initial cover battles, throw a bomb at the left corner of the raised platform for the minikit.

Minikit #5:
After the cover battle, head to the back of the room and over to the left to find a hatch for a small character to climb through. The other side of the hatch is on a platform up near the ceiling and where you’ll find a BB-8 access point to use. This will move the large crane in front of you and drop the large container to the ground. Destroy that for the minikit.

Minikit #6:
In the same area, head over to the back right, use the force to bring down some of the containers in a pile and then jump up and over the remaining pile to reach a hidden minikit.

Minikit #7:
Once on the lift heading down, as you pass the stormtrooper gym, shoot two targets on the back wall for the minikit.

Minikit #8:
Once you’re out in space follow the path of the rings to the right and collect the minikit hidden in an asteroid.

Minikit #9:
As you fly through the tunnel, destroy seven green crystals for the minikit.

Minikit #10:
In the second part of the arena battle at the end of the level, once the TIE bombers turn up, use pink bombs to destroy three pink crystal pillars on the surface. These are not your assigned targets but destroying three of them will get you the minikit.