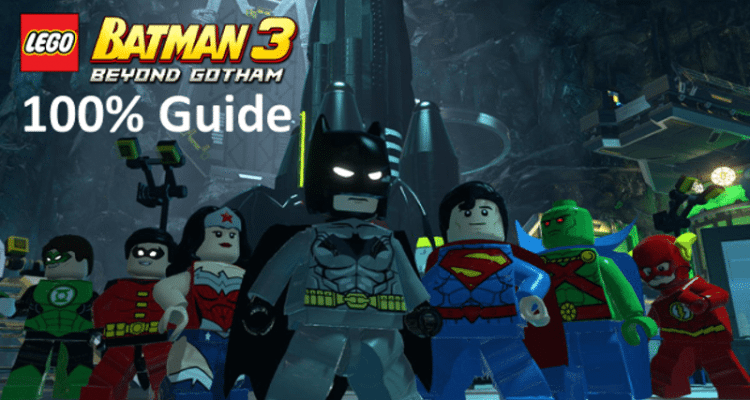 Continuing on from TT Games long running success with LEGO based games comes Lego Batman 3: Beyond Gotham. As the name suggests, this is the third game in the DC based series and takes the blocked up Dark Knight out of Gotham for a universal mission to save Earth. With over 150 characters to unlock from all over the DC comic universe and multiple planets to explore this game takes the series to new heights.

As with all Lego games, hitting the 100% mark requires a lot of time and effort, collecting the now standard minikits, red bricks and unlocking characters. This time however you also have Adam West to save from peril in each of the 16 levels (including the bonus level).

To help you on your way to completionist glory we’ve put together a group of guides to show you the locations of collectibles on every level in the game. Each level has the following to collect:

These guides will show you how to find each and every one of these across the story levels.